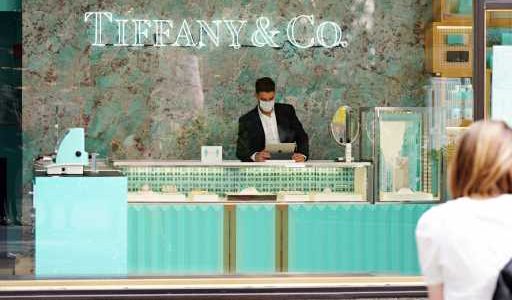 The luxury goods giant said that the merger agreement signed in November 2019 provides for a closing deadline no later than Nov. 20, 2020. But Tiffany had requested to extend the date to Dec. 31, and the French minister of foreign affairs had directed the company to defer the deal until after Jan. 6, 2021, due to a U.S. threat of taxes on French goods.

The company said in a statement that it will not be able to complete the acquisition of Tiffany "as it stands."

A representative for Tiffany did not immediately respond to a request for comment from CNBC. The Wall Street Journal reported that the U.S. jewelry chain has filed a lawsuit in Delaware to enforce the agreement, saying the request from the French government has no basis in law.

The coronavirus pandemic has hit the luxury retail sector hard, sending Tiffany's same-store sales down 44% and throwing the LVMH deal into doubt. Investors worried if the French company overpaid, and LVMH CEO Bernard Arnault was looking to lower the price of buying the U.S. jewelry chain, according to people familiar with the matter.

At the time of Tiffany's earnings in early June, the company was still waiting to clear key regulatory hurdles for the deal.