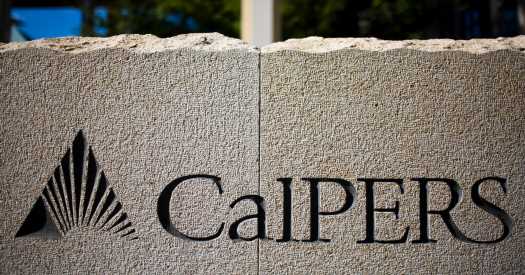 Marching Orders for the Next Investment Chief of CalPERS: More Private Equity

Ben Meng got the job of chief investment officer of CalPERS by convincing the trustees of the nation’s largest public pension fund that he could hit their target of a 7 percent annual return on investment by directing more of the fund’s billions into private equity.

Now, Mr. Meng is gone — only a year and a half after he started — and CalPERS, as the $410 billion California Public Employees’ Retirement System is known, is no closer to that goal. The fund is consistently short of the billions of dollars it needs to pay all retirees their pensions. And it continues to calculate that it can meet those obligations only if it gets the kind of big investment gains promised by private equity.

The strategy involves putting money into funds managed by firms such as the Blackstone Group and Carlyle, which buy companies and retool them with the goal of selling them or taking them public. Even as some of the fund’s trustees have misgivings — they say the private equity business is opaque, illiquid and carries high fees — they say they have little choice.

“Private equity isn’t my favorite asset class,” Theresa Taylor, the chair of the CalPERS board’s investment committee, said at a recent meeting. “It helps us achieve our 7 percent solution,” she said. “I know we have to be there. I wish we were 100 percent funded. Then, maybe we wouldn’t.”

CalPERS, like many other pension funds, began putting money into private equity funds decades ago. But its reliance on such funds has increased in recent years, as low interest rates have made bonds less attractive and stocks have proven too volatile. Adding to the urgency are an aging population, expansive pension benefits that can’t be reduced and a major funding shortfall.

Mr. Meng’s abrupt departure in August, and CalPERS’s slow-moving search for a replacement, are delaying its plans to increase its private equity investments. Mr. Meng resigned after compliance staff noticed that he had personal stakes in some of the investment firms that he was committing CalPERS’s money to, most notably Blackstone. California state officials in that situation are supposed to recuse themselves, but Mr. Meng did not.

Some of the fund’s stakeholders, including cities, school districts and other public employers, worry that in the meantime, CalPERS’s trustees could react by putting new restrictions on investment chiefs, discouraging top candidates from applying for the job or otherwise making it harder for CalPERS to achieve its target rate of return. If investment returns fall short, local officials know they’ll have to make up the difference, dipping into their budgets to free up more money to send to the fund.

“It gets harder and harder each year,” said Brett McFadden, the superintendent of a large school district northeast of Sacramento. He has cut art, music and guidance counselors to get more money for the state pension systems every year. “These policies are being made in Sacramento, and I’m the one left holding the bag,” he said.

Marcie Frost, the chief executive of CalPERS, said that Mr. Meng’s departure would not prompt the board to change CalPERS’s investment strategy. She said a study by CalPERS and its outside consultants showed that private equity and distressed debt were the only asset classes powerful enough to boost the fund’s overall average gains up to 7 percent a year, over time.

“So we have to have a meaningful allocation to those,” she said, adding: “There are no guarantees that we’re going to be able to get 7 percent in the short term or, frankly, in the long term.”

Data show that CalPERS’s private equity returns are consistently lower than industry benchmarks, but private equity has still performed better than other assets and “has generated billions of dollars in additional returns as a result of our investments,” said Greg Ruiz, CalPERS’s managing investment director for private equity.

Mr. Meng was a big proponent of private equity, telling trustees that “only one asset class” would deliver the returns they sought and that the fund would need to direct more money into it. But while CalPERS sought, under him, to increase its private equity allocation to 8 percent of total assets, the holdings fell to 6.3 percent, in part because the private equity managers were returning money from previous investments and CalPERS did not jump to reinvest it. Overall, the fund had about $80 billion — or 21 percent of its assets — in private equity, real estate and other illiquid assets as of June 30, the end of its last fiscal year.

CalPERS has sometimes moved slowly on private equity partly because of its trustees’ qualms.

At one recent meeting, Ms. Taylor, the investment committee chair and formerly a senior union official, recalled that some of CalPERS’s private equity partners had bought Toys ‘R’ Us in 2005. The transaction loaded it up with $5 billion in debt just as the retailer’s bricks-and-mortar sales strategy was becoming antiquated, and the company went into a long, slow collapse that ended in liquidation and cost more than 30,000 jobs. “I’m hoping that we can get to a better strategy of mitigating some of these problems,” she said.

Other trustees questioned the validity of the internal benchmark CalPERS uses to evaluate its private equity investments, saying they didn’t believe the returns were all that good after fees were deducted. 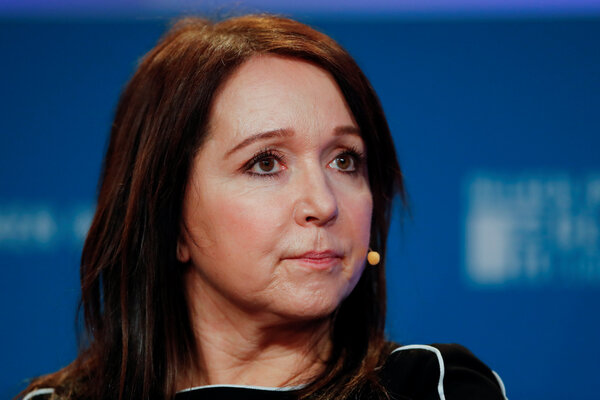 “We’re going to be sold a bill of goods, and we’re going to believe what they say, because we want to believe it and we want to make higher returns,” said Margaret Brown, a trustee and retired capital investments director for a school district southeast of Los Angeles.

Still, the marching orders for CalPERS’s next investment chief are apparent: find ways to increase the pension giant’s investments in private equity funds.

Independent analysts have long urged public pension trustees to stop chasing higher returns and instead take a deep, hard look at how they got to be so underfunded in the first place. A growing school of thought blames the way they calculate their total obligations to retirees for understating the true number — specifically, how they translate the value of pensions due in the future into today’s dollars.

To do that, CalPERS uses the routine practice of discounting, which all financial institutions use and is based on the principle that money is worth more today than in the future. It requires the selection of an appropriate discount rate. CalPERS uses its target return on investment of 7 percent as its discount rate — a practice flatly rejected by financial economists, because 7 percent is associated with a high degree of risk, and CalPERS’s pensions are risk free. Economists say that CalPERS, and other public pension systems, should be using the rate associated with risk-free bonds like U.S. Treasury bonds. Doing it that way shows the tremendous intrinsic value of risk-free retirement income.

But by assuming a high so-called discount rate that matches its assumed rate of return, CalPERS makes its shortfall look much smaller on paper — which allows the fund to bill the state of California and its cities for smaller annual contributions than it would otherwise have to. That helps everybody balance their budgets more easily, but it has left the pension system chronically underfunded.

Public pension systems in California, including CalPERS, reported a combined shortfall of $352.5 billion as of 2018, using their high investment assumptions as discount rates, according to a compilation by the Stanford Institute for Economic Policy Research. But by replacing just that one assumption with what economists consider a valid discount rate, the institute showed that the funds were really $1 trillion short that year. If CalPERS suddenly started billing local governments accordingly, it would cause a crisis.

CalPERS stepped into this trap in 1999, at the end of a powerful bull market. On paper, it appeared to have far more money than it needed, and state lawmakers decided to increase public pensions after hearing from CalPERS officials it would not cost anything so long as the fund’s investments could produce 8.25 percent average annual gains.

Then the dot-com bubble burst, and the investment gains on paper that CalPERS had amassed melted away, leaving a shortfall. But the big pension increase was locked in because California law bars any reduction in public pensions. Similar things happened in many other states. Before long, the race was on for higher investment returns.

“Over the past 20 years, U.S. pension funds have set aggressive targets and failed to meet them,” said Kurt Winkelmann, a senior fellow for pension policy design at the University of Minnesota’s Heller-Hurwicz Economics Institute.

He recently compiled the investment returns of the 50 states’ pension systems from 2000 to 2018 and compared them with the states’ average targets during that period. It turned out that the actual returns were 1.7 percentage points per year less.

“There were periods when public fund investments exceeded their targets,” Mr. Winkelmann said. “However, these periods were more than offset by periods with dramatic losses.”