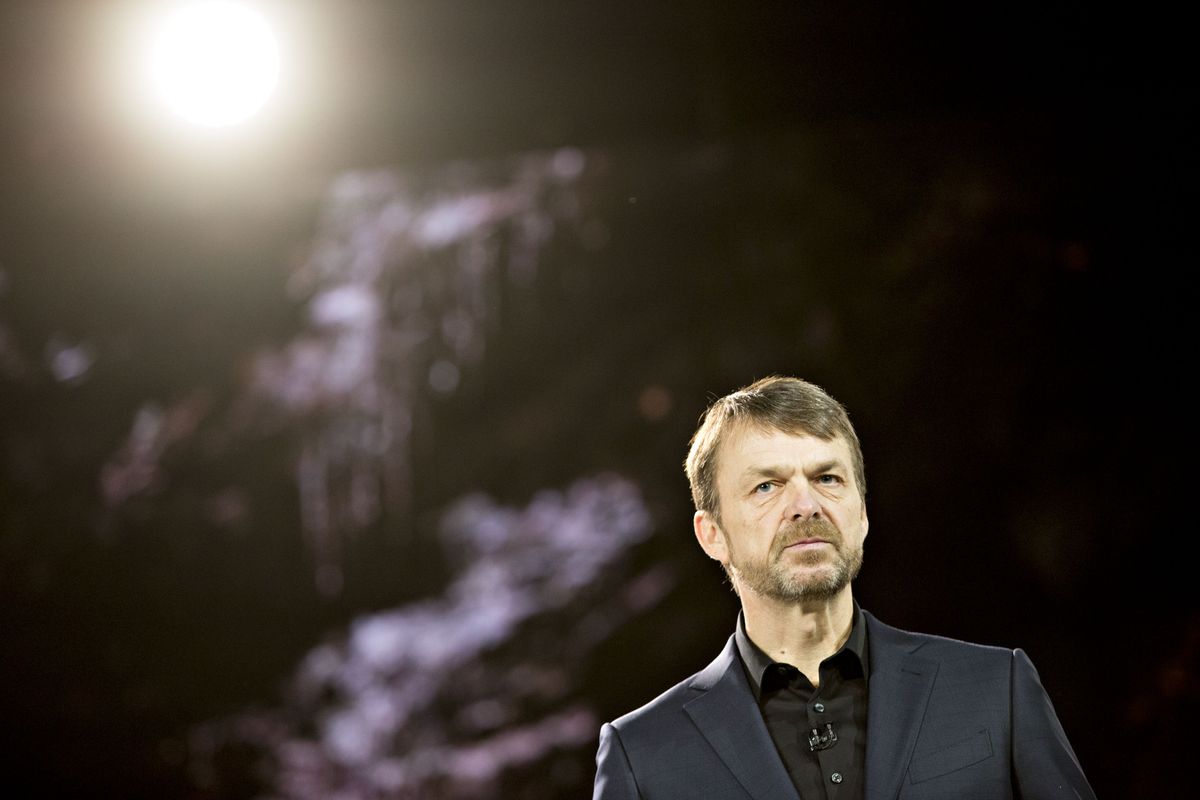 Marchionne’s Successor Has Days to Get Ready for Close-Up

Mike Manley’s first week as chief executive officer ofFiat Chrysler Automobiles NV is shaping up to be a big one.

Manley, the head of the company’s Jeep and Ram division, was thrust into the spotlight on Saturday when he was named CEO to replace Sergio Marchionne, whose health declined suddenly and unexpectedly after shoulder surgery. Italian news agency Ansa said hiscondition is “irreversible,’ and he is in intensive care in a Zurich hospital following complications from shoulder surgery. Manley has just days to prepare for the automaker’s July 25 quarterly results presentation, an event investors will use to size up the new CEO and assess his plan to fill Marchionne’s shoes.

“People are going to wonder — the products are there, the decisions have been made, but who’s going to be driving the strategic options?” said Brian Johnson, an analyst at Barclays Plc. If there are deals to be made forMagneti Marelli, the parts unit set to bespun off to shareholders, for example, “Who’s on point for that?”

Manley, 54, will meet with Fiat Chrysler’s top managers in Turin, Italy, on Monday for a group executive council meeting, according to people familiar with the matter. The meeting was already scheduled but takes on added significance since it will mark the beginning of his era, said the people, who asked not to be named discussing private information.

Fiat Chrysler began trading on Monday for the first time since it became clear Marchionne, who is credited with saving the carmaker’s two predecessors and increased shareholder value 10-fold during his 14-year tenure, would be unable to return to work following shoulder surgery the manufacturer announced on July 5.

Fiat fell 2 percent to 16.09 euros at 10:27 a.m. in Milan, giving the company a market value of about $30 billion. Supercar makerFerrari NV, which was spun off from Fiat during Marchionne’s tenure, dropped 3.1 percent after falling as much as 5.7 percent earlier.CNH Industrial NV, another spinoff, declined 2.2 percent, whileExor NV, the holding company for Fiat’s founding Agnelli family, was down 2.6 percent.

CNH, the maker of Iveco trucks and Case and New Holland farm equipment, over the weekend replaced Marchionne as chairman with Suzanne Heywood, managing director of Exor. It reports results on Thursday, while Ferrari, whichappointedPhilip Morris International Inc. veteran Louis Camilleri as its CEO, makes its quarterly presentation on Aug. 1.

Ferrari may be down more by year-end than Fiat Chrysler, Warburton said. Camilleri “has an easy job operationally. But he inherits an absurd valuation, a product plan that’s far from settled internally and 2021 financial targets that Sergio scribbled on a napkin and that may be difficult to deliver,” the analyst said.

For more on Marchionne’s succession, see these stories

Manley has been head ofFiat Chrysler Automobiles NV’s Jeep brand since 2009, the linchpin in the company’s plan todouble profit in the next five years. Already, the Jeep and Ram vehicles he oversaw were responsible for 67 percent of total U.S. volume in 2017, according to Bloomberg Intelligence.

Marchionne, 66, had been set to retire in April 2019. His unexpected illness accelerated the timeline for a decision on succession that was already seen as a crossroads for the company. Who would run the Italian-American automaker was just the first of a number of pivotal choices — like whether to remain independent — facing Chairman John Elkann, an Agnelli family heir.

Manley will have a lot on his do-list — from electrifying the manufacturer’s lineup to boosting luxury brands Alfa Romeo and Maserati, to raising the profile of Jeep in China.

“He’s not a guy with a huge ego. That’s another reason why he’ll be a good leader,” said Rebecca Lindland, an executive analyst at Kelley Blue Book. “But he certainly has to figure out, make some tough decisions on which brands are struggling, and look at electrification.”

He also faces the test of meeting rigorous fuel-economy standards in Europe and China, along with managing through political uncertainty in Italy, and trade fears in the Nafta zone and between the U.S. and European Union — both important areas for Fiat Chrysler.

“The other talent Marchionne brought was political deftness, and who’s going to handle that?” Barclays’ Johnson said.

Manley, a Briton, is known for having a good rapport with dealers, which makes sense because he used to be one. He started working at Swan National Motors in Aberdeen, Scotland, in 1986, and rose up through the U.K. system before joining DaimlerChrysler in 2000 to run its dealership network in the country.

He was named head of Jeep at the start of Fiat’s five-year acquisition, and led the transformation of the iconic American brand into a cash machine. Analysts estimate that Jeep alone could be worth the entire market value of Fiat Chrysler.

Colleagues describe Manley as serious and driven, a ferociously hard worker who inspires loyalty among his top lieutenants. He’s candid, true to his word, and a good listener, but he also does not suffer fools, saidDavid Kelleher, a Philadelphia-area Jeep, Ram and Chrysler dealer who has worked with Manley during his decade-long stint on the company’s U.S. dealer council.

“When he sits in a room, if you’re not a guy that works 80 hours a week, you’re going to have a tough time keeping up with him,’’ Kelleher said. “He doesn’t know what a weekend is; he’s very much a protege of Mr. Marchionne.”

At the April general meeting, Elkann and Marchionne both said that Fiat Chrysler is now strong enough to survive on its own and doesn’t need a partner. Fiat reiterated this view on Saturday, saying Manley and his team will implement the business plan presented on June 1 to assure Fiat Chrysler’s “strong and independent” future.

With Manley, Fiat’s board also signaled that the Jeep brand was central to plans going forward. Elkann, 42, grandson of former Fiat boss Gianni Agnelli, sent a letter to employees over the weekend, praising Marchionne’s leadership but also crediting Manley with “demonstrating determination in achieving his vision” to grow the Jeep brand.

“I am sure you will all provide your full support to Mike, so that we can work with him and the leadership team to execute our 2018-2022 business plan with the same commitment and integrity that have already carried us so far,” Elkann said.