Home » Business » Meet post-pandemic Gen Z, the most unemployed generation which is now in danger of repeating millennials' struggles

Meet post-pandemic Gen Z, the most unemployed generation which is now in danger of repeating millennials' struggles

The generation, the oldest of whom turned 23 this year, has been grappling with the pandemic during pivotal life stages. Younger Gen Zers are at a point in their adolescence when forging social relationships is central to identity formation — something difficult to do during quarantine. And older Gen Zers are in the phase of emerging adulthood, the period between adolescence and adulthood when they struggle to figure out who they are and what they want of life.

Many of the older cohort have graduated into the chaos of the coronavirus recession, which is putting them on track to repeat millennials' money problems. They've become the most unemployed generation, and many have moved back home with their parents.

On the other hand, 2020 has made many Gen Zers aware of politics and activism, and the generation is set to take over the economy in just a decade.

From financial behaviors to mental health, here's a look at the life of a Gen Zer in 2020.

The pandemic has put Gen Z on track to repeat millennials' money problems. 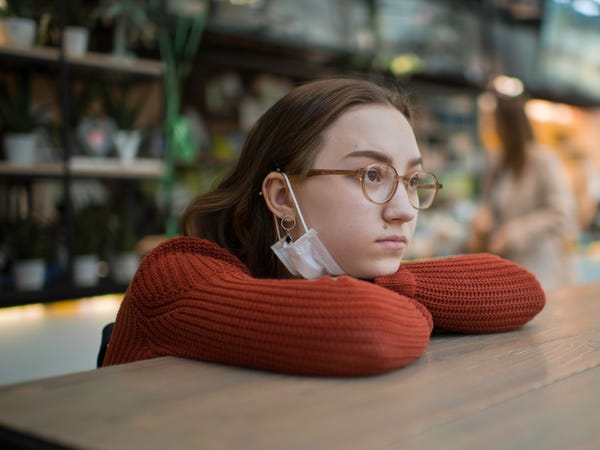 "I'm a little worried about ending up like those who graduated around 2008," Maya Tribitt, a junior at the University of Southern California, previously told Insider. "A lot of the fear people my age have about getting jobs right out of college have come from the horror stories of people 10 years older than us. It's really scary to think that might be our new reality."

Tribitt's concerns are valid. A Bank of America Research report called "OK Zoomer" found that the pandemic will impact Gen Z's financial and professional future the same way that the Great Recession did for millennials.

"Like the financial crisis in 2008 to 2009 for millennials, Covid will challenge and impede Gen Z's career and earning potential," the report reads, adding that a significant portion of Gen Z is entering adulthood in the midst of a recession, just as a cohort of millennials did. "Like a decade ago, the economic cost of this recession is likely to hit the youngest and least experienced generation the most."

They've been impacted the most in the workforce, facing higher unemployment rates than other generations.

Between February and May, when the pandemic first hit, one in four American workers between the ages of 16 and 24 had lost their job, according to the Bureau of Labor Statistics.

This is largely because Americans of those ages tend to work in industries such as retail and hospitality, both of which were hit hard by pandemic layoffs and store closures.

More than 2 million Gen Zers have moved back in with their family in the wake of the coronavirus. 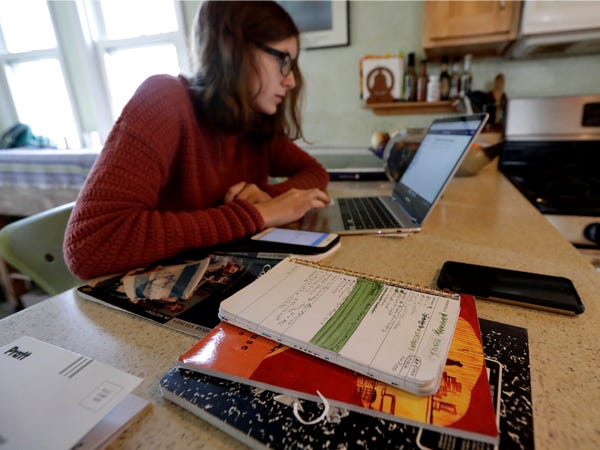 By the beginning of August, 58% of Gen Zers were living with their parents as the coronavirus continued to sweep through the nation, according to a study by StuDocu, a crowd-sourced online learning and sharing platform for students.

StuDocu's findings echo a June report by online real-estate marketplace Zillow, which found that nearly 3 million young adults have moved back in with their parents or guardians as a result of the pandemic. Gen Zers comprise the majority of that number, at roughly 2.2 million.

The pandemic has also pulled Gen Z off course to becoming the most educated generation. 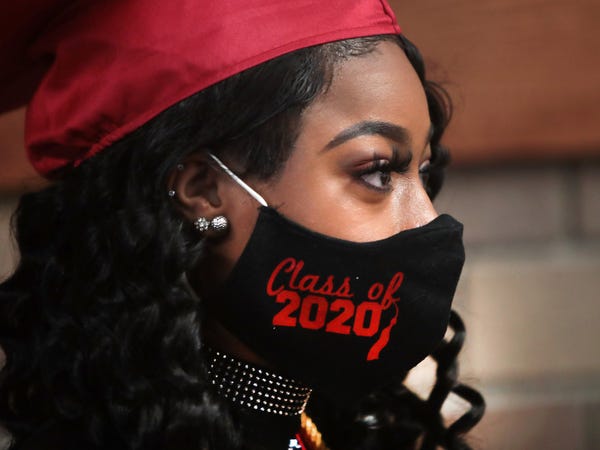 Gen Z was set to unseat millennials as the most educated generation ever, but the pandemic has delayed — and set back — Gen Z's educational progress, according to the "OK Zoomer" report. It's intensified the troubling pre-pandemic trend of learning stagnating for American children at all levels.

At this point during the pandemic, the report said, half of lower secondary school graduates will now lack minimum levels of proficiency, compared to the typical 40%.

This shift to at-home learning will have a long-lasting impact on the educational landscape, Charles Thornburgh, a veteran education technology CEO, previously told Business Insider: "We'll have reverberations with this generation that we won't even begin to understand for a few years."

It's no surprise, then, that one-third of Gen Zers are financially stressed and one-quarter think they'll be worse off when the pandemic is over. 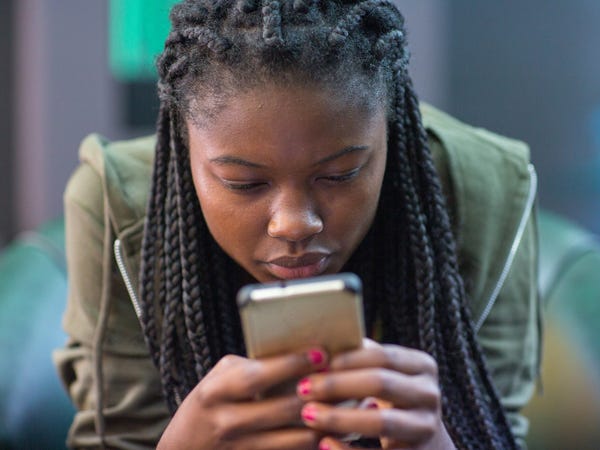 That's according to the Center for Generational Kinetics' State of Gen Z report, which also found that Gen Z is more stressed about saving money and having money to support their basic needs than anything else. But the generation isn't as financially stressed as millennials, per the report's findings.

The report surveyed over 2,000 Gen Zers and millennials.

It also found that the pandemic has caused 43% of Gen Zers to fall behind on credit cards, rent, or other payments, and 46% to borrow money from a family member or friend. 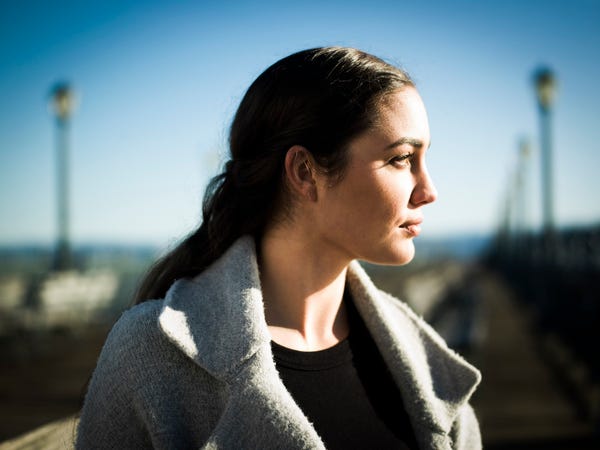 Gen Z is most likely to feel not "mentally well" during the pandemic.

And when the pandemic first hit, 62.4% of Gen Zers said isolating during COVID-19 had worsened their mental health, social-learning network StuDocu found in a poll of 1,600 students between March 24 and April 17. The top emotions for those polled were stress, frustration, anxiety, and loneliness.

Michael Pankowski, a sophomore at Harvard University, told Insider's Dominic-Madori Davis that he has felt "overwhelmed" and "distraught" by how many lives have been lost to the coronavirus, even as his own world has been knocked off balance.

He said that in addition to the stress of the pandemic, his school closing also had an emotional impact on him, as it happened with such haste. "With one email, we learned we had just five days to say goodbye to all of our friends," Pankowski said.

But the pandemic has made some Gen Zers more cost-conscious than ever, which has helped them make strides in financial preparedness. 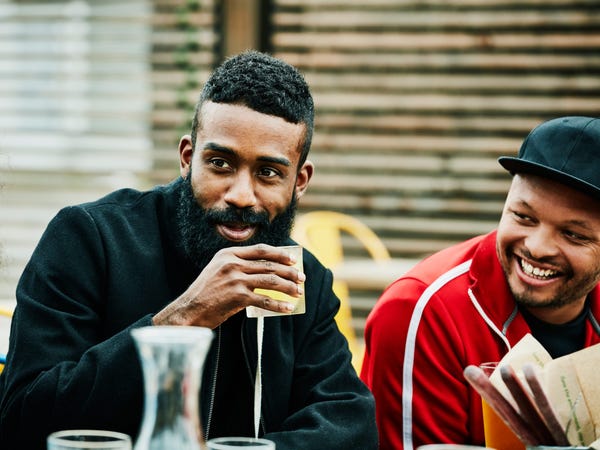 The pandemic has taught Gen Z how to be frugal, according to Jason Dorsey, president of Center for Generational Kinetics (CGK), the company behind the report. They've begun saving money earlier in their lives than previous generations, have started investing, and are seeking good job benefits, he said.

And even though the pandemic could ultimately cause Gen Z to potentially lose $10 trillion in earnings, they're still set to take over the economy in a decade. 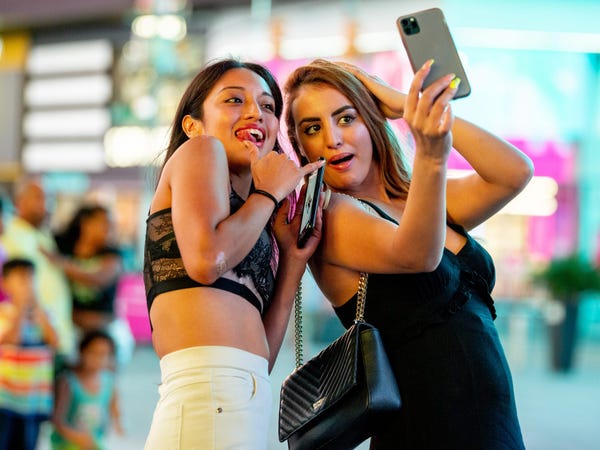 Gen Z students could lose $10 trillion of lifecycle earnings due to Covid lockdowns, the World Bank has estimated.

But Bank of America Research's "OK Zoomer" report found that Gen Z will fare well in the long run. The generation currently earns $7 trillion across its 2.5 billion-person cohort, it stated. By 2025, that income will grow to $17 trillion, and by 2030, it will reach $33 trillion, representing 27% of the world's income and surpassing that of millennials the following year.

While Gen Z has grappled with how the government has handled social injustice issues, it's pushed the generation to the front lines of activism. 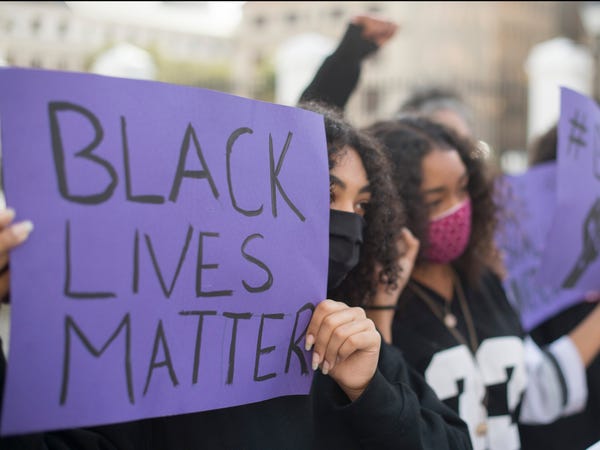 Gen Z  has been at the forefront of numerous demonstrations, such as the March for Our Lives anti-gun protest and the climate change movement.

2020 put the generation front and center in the anti-police-brutality demonstrations sparked by the killing of George Floyd, a Black man who died after a white police officer in Minneapolis violently restrained him.

Yubo, a social networking app, exclusively worked with Business Insider to poll 38,919 US-based Gen Zers between the age of 13 and 25 to see how Gen Zers are responding to the civil unrest sparked by the ensuing protests, reported Davis.

The generation played a pivotal role in the 2020 election, which may have finally captured the elusive youth turnout. 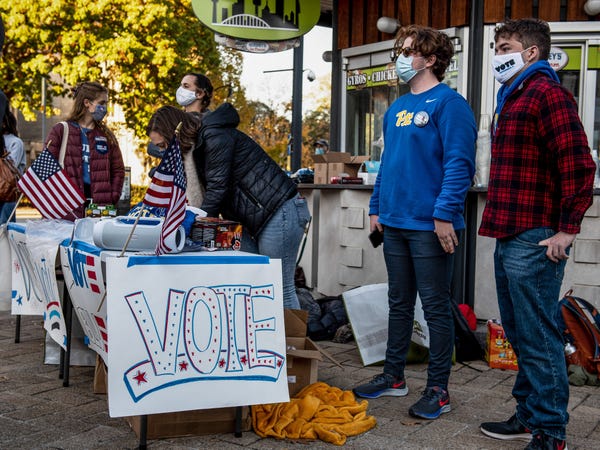 The youngest voters may have played a pivotal role in the 2020 election making voter turnout history, Insider's Juliana Kaplan reported.

Tufts University's Center for Information and Research on Civic Learning & Engagement (CIRCLE) has been tracking and analyzing young voter turnout since 2001. According to its latest estimates, youth voter turnout for 2020 was up by at least 5% from 2016 — and could have been up by as much as 9%.

Milu Parrilla, an 18-year-old freshman studying biology at Georgia State University and an organizer with Student PIRGs New Voters Project, told Kaplan that many of the young voters she spoke with wanted to become more involved in politics.

"A lot of young people are scared. Once they get out of college, how will they be able to get work?" Parrilla said. She said that students wanted to become a part of the discussion — and many have sought out information on key dates or registration procedures.

Gen Z, known for creativity, remains as innovative and entrepreneurial as ever. 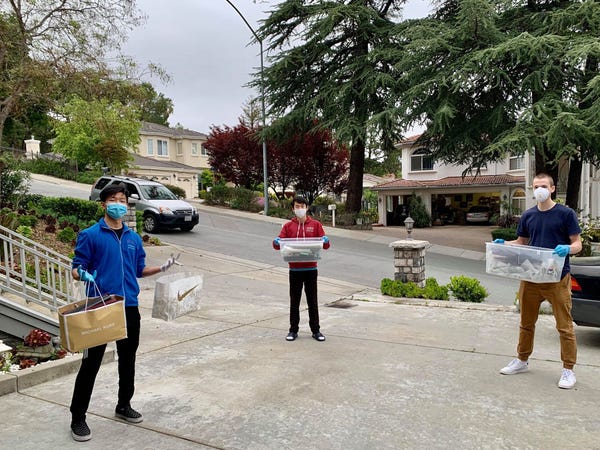 More than half (58%) of Gen Z respondents in a DoSomething Strategic survey said that, since the pandemic, they had picked up a new activity or were doing more of something they already enjoyed.

Similarly, 88% of Gen Zers polled in an April VSCO survey said that creatively expressing themselves has helped them feel less anxious during this time.

"Gen Z is innovative and powerful," Emma Havighorst, a 22-year-old 2020 graduate, previously told Insider. "The way we see the world is very different from prior generations."

For three years, Havighorst has hosted the podcast "Generation Slay," which profiles Gen Z creators and entrepreneurs, from mental-health advocate Gabby Frost to nonprofit founder Ziad Ahmed. She said she thinks the pandemic will produce even more innovators.

"Necessity breeds invention," she said. "We'll be trying to figure out solutions to problems that plagued past generations."

But despite the pandemic potentially slowing down Gen Z's futures, one psychologist thinks they'll "shrug it off" in the long run. 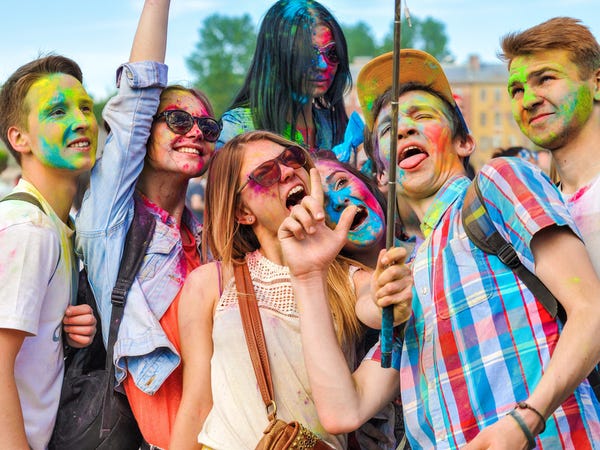 Jeffrey Arnett, a Tufts University psychologist who studies when and how people become adults in modern life, said he thinks the pandemic downturn will be more catastrophic for those in their 40s and 50s, who have established career and financial obligations. Gen Z, despite the setbacks, will eventually get by.

"Even in good times, young adults feel they're falling behind and not making enough progress," he said, adding that it's typical for young adults to struggle in their 20s as they figure out their identity and future. It's a positive, he said, that they have less at stake.

"I wouldn't make light at all of the challenges Gen Z will face," Arnett adds, "but they will be able to pick up the pieces and move on."