And core power players — who range from attorneys to company executives to advocates — had a big hand in crafting the bill's details. Many of these same people will have a hand in shaping the program further as it readies itself to begin in the next few months and develops further in the coming years.

Many of the biggest names to watch are members of or otherwise associated with the Arizona Dispensaries Association (ADA), an industry group that includes big national cannabis firms like Harvest Health & Recreation and Curaleaf.

The association is in large part responsible for bankrolling the campaign to legalize recreational cannabis in Arizona, and for drafting the language of the bill itself. Currently, around 80% of the 125 or so operating dispensaries in the state are members of ADA, according to Sam Richard, the director of the association.

Companies currently involved in Arizona's medical cannabis market can submit applications to sell to the state's recreational customers as early as January 19, 2021. From that point, the Arizona Department of Health Services (ADHS) will have to respond to the application within 60 days. ADHS currently oversees the state's medical marijuana program and will also be responsible for its recreational program.

Sales could begin as early as late March or early April, according to this timeline. ADHS is required to lay out the state's adult-use cannabis regulations on or before April 5, 2021, according to Proposition 207.

Read more: The ultimate guide to marijuana legalization: Here are all the states that passed cannabis reform, the key dates to know, and which stocks could benefit the most.

Arizona has already seen a flurry of activity since the state voted to legalize recreational cannabis earlier this month, as companies eye the new market.

Already, multi-state operator Ayr Strategies and Arizona-based Copperstate Farms announced acquisitions to enter or expand in the state. Other giants like Harvest and Curaleaf, which already have heavy footprints in Arizona, have also announced construction and hiring expansion plans to prepare for the new market.

Business insider reached out to people involved in the campaign and other notable actors in the space and asked them who should be included on this list. 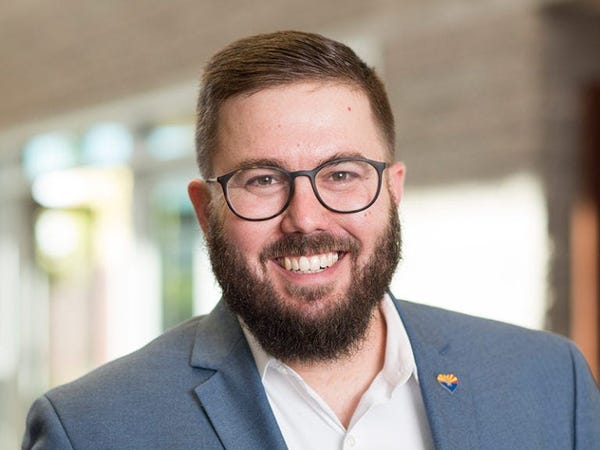 Who he is: With a background in contract lobbying and trade association management, Richard joined the ADA in 2019 as executive director. Over the past year, he's spearheaded the association's involvement with Proposition 207, the measure legalizing adult-use cannabis, coordinating fundraising efforts and helping to craft the language of the initiative itself alongside attorneys and other associations.

Role moving forward: Richard will continue in the role of executive director, helping to "protect and advance cannabis ecosystem in Arizona," he told Business Insider. 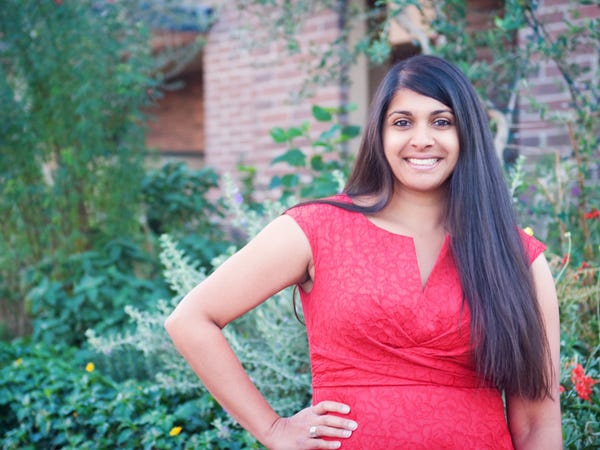 Who she is: Desai is the attorney responsible for drafting the language in Proposition 207. A partner at the law firm Coppersmith Brockelman, Desai was contracted by the ADA over the past year to draft the language in the initiative and continually revise the ballot after meeting with company executives, criminal justice advocates, first responders, and other stakeholders in the state.

Role moving forward: Desai will continue to work with the ADA through the implementation of Proposition 207 and also in conjunction with ADHS as the department rolls out adult-use. 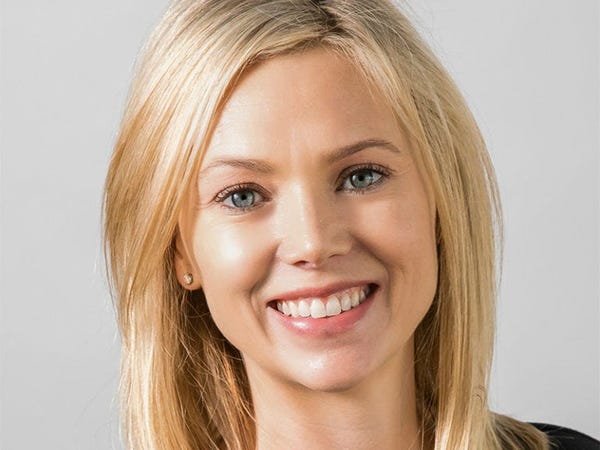 Who she is: Fischer has been the contract lobbyist for the ADA since mid-2018. During the campaign for Proposition 207, she expanded her role to represent both the association as well as the campaign for the initiative. Fischer also works to advise the ADA on regulatory polices.

Role moving forward: Pele will continue her role as lobbyist for the ADA.

Steve White, Harvest CEO, and former president and current board member of the Arizona Dispensaries Association 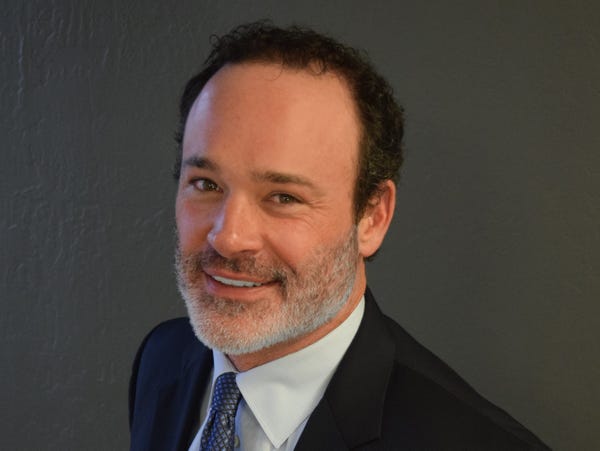 Who he is: White is the CEO of Arizona-based Harvest Health and Recreation, which currently has the largest dispensary footprint in Arizona, with 15 locations in the state. Up until recently, White also acted as president of the ADA.

Role moving forward: White oversees the largest cannabis retail operation in Arizona so far. He and his company are poised to benefit greatly from Proposition 207, which gives a competitive advantage to dispensaries and owners currently operating in the state.

Joe Bayern, current president of Curaleaf and CEO of the company starting on January1 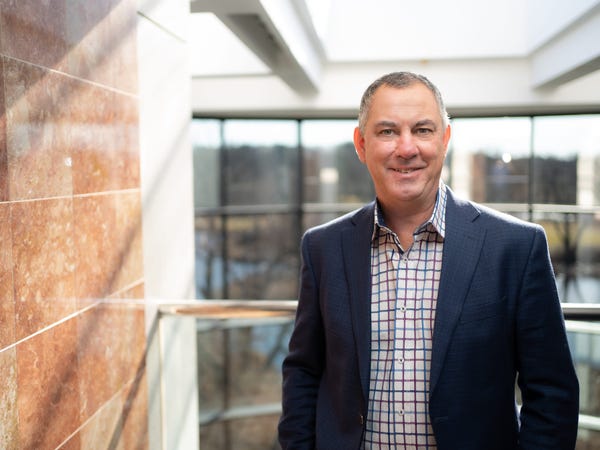 Who he is: Bayern will step into the role of CEO at Curaleaf starting in 2021. With 8 locations in Arizona, Curaleaf has the second biggest footprint in the state.

Another name to watch among the Curaleaf ranks is Steve Cottrell, president of Curaleaf Arizona, and the individual responsible for on-the-ground operations in the state. Cottrell also sits on the ADA's board of directors, the association announced recently.

Role moving forward: Bayern and Cottrell both will have instrumental roles in shaping as well as navigating Arizona's new adult-use market. 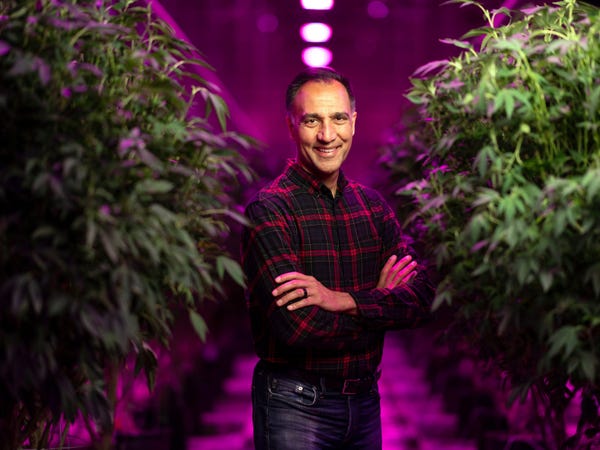 Who he is: Talwar is the CEO of Copperstate Farms, an Arizona-based vertically integrated cannabis company which recently announced the acquisition of two new licenses in the state. The company is currently one of Arizona's largest cannabis wholesalers.

Role moving forward: Copperstate Farms is one of the larger players in Arizona's cannabis space, especially with its recently announced acquisitions. It will likely play similar roles to Harvest and Curaleaf in shaping the state's cannabis industry moving forward. 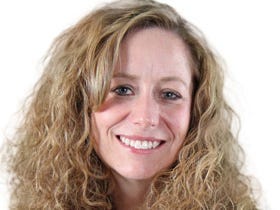 Who she is: Christ is the director of the Arizona Department of Health Services, the agency responsible for the state's current medical program and now, the state's future adult-use program. Christ has so far been quiet on cannabis legalization in the state.

Another name to look out for is Tom Falow, ADHS deputy assistant director of licensing. Falow is responsible for licensing medical cannabis businesses in the state and will most likely have a large role in Arizona's recreational program moving forward.

Role moving forward: ADHS is responsible for spearheading the state's new adult-use program. The ADHS declined Business Insider's request for an interview but prior to the election, a spokesperson told Business Insider that if Proposition 207 were to pass, the "ADHS will comply with its provisions and be ready to implement by the effective date. Decisions on rulemaking and other steps needed to implement would be made after the vote is certified." 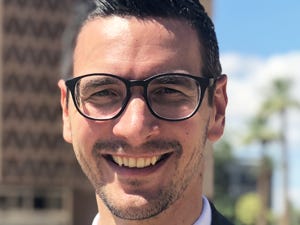 Who he is: Before joining the ACLU, Keenan worked as a public defender in various counties across the US, during which he got involved with cases involving medical cannabis. Keenan continued to work on cannabis-related cases at the ACLU. He and others at the organization worked with the ADA to provide input on social equity and criminal justice clauses in the initiative's language, such as expungement and equity licenses.

Role moving forward: Keenan told Business Insider he expects to continue to work on cases connected to cannabis, such as further decriminalization of cannabis possession (of more than the maximum outlined in Proposition 207) and how the state deals with minors found with cannabis. 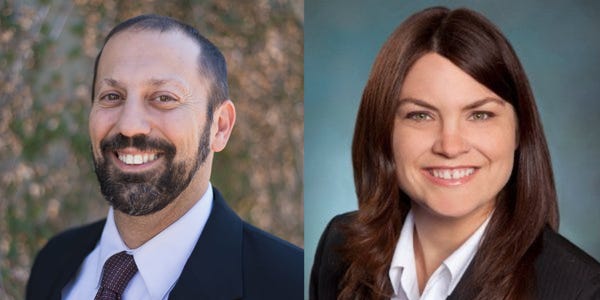 Who they are: Euchner and Mayhew are longtime public defenders who have worked on cases involving cannabis. Euchner told Business Insider that after medical cannabis was passed in Arizona, around a decade ago, he and his colleagues spent years on cases involving the "grey areas" associated with medical use. Euchner is the former president of AACJ and Mayhew is the current secretary of the organization.

Role moving forward: Euchner told Business Insider he expects that moving forward, he will work on arguing cases around the now newly legal recreational market, on cases that "prosecute people whose activities are covered by this act." 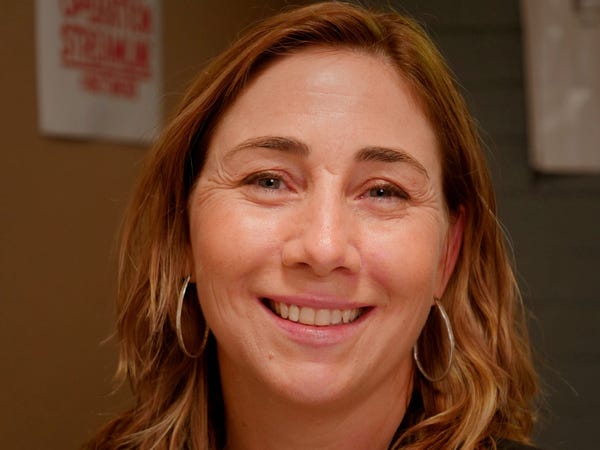 Who she is: Issacs has worked with the AFSC, a social change non-profit organization for 25 years, and consulted with the ADA in shaping some of the criminal justice language in the initiative.

"Legalization is one thing but another key goal should be, 'Don't let people's entire lives be completely ruined, have them become second class citizens based on 2.5 oz of marijuana," she told Business Insider. The AFSC is also responsible for putting together a comprehensive look at drug sentencing in Arizona.

Role moving forward: Issacs told Business Insider she expects she and her organization will have a big role in ensuring that people are made aware of the regulatory changes connected to cannabis, especially expungement.