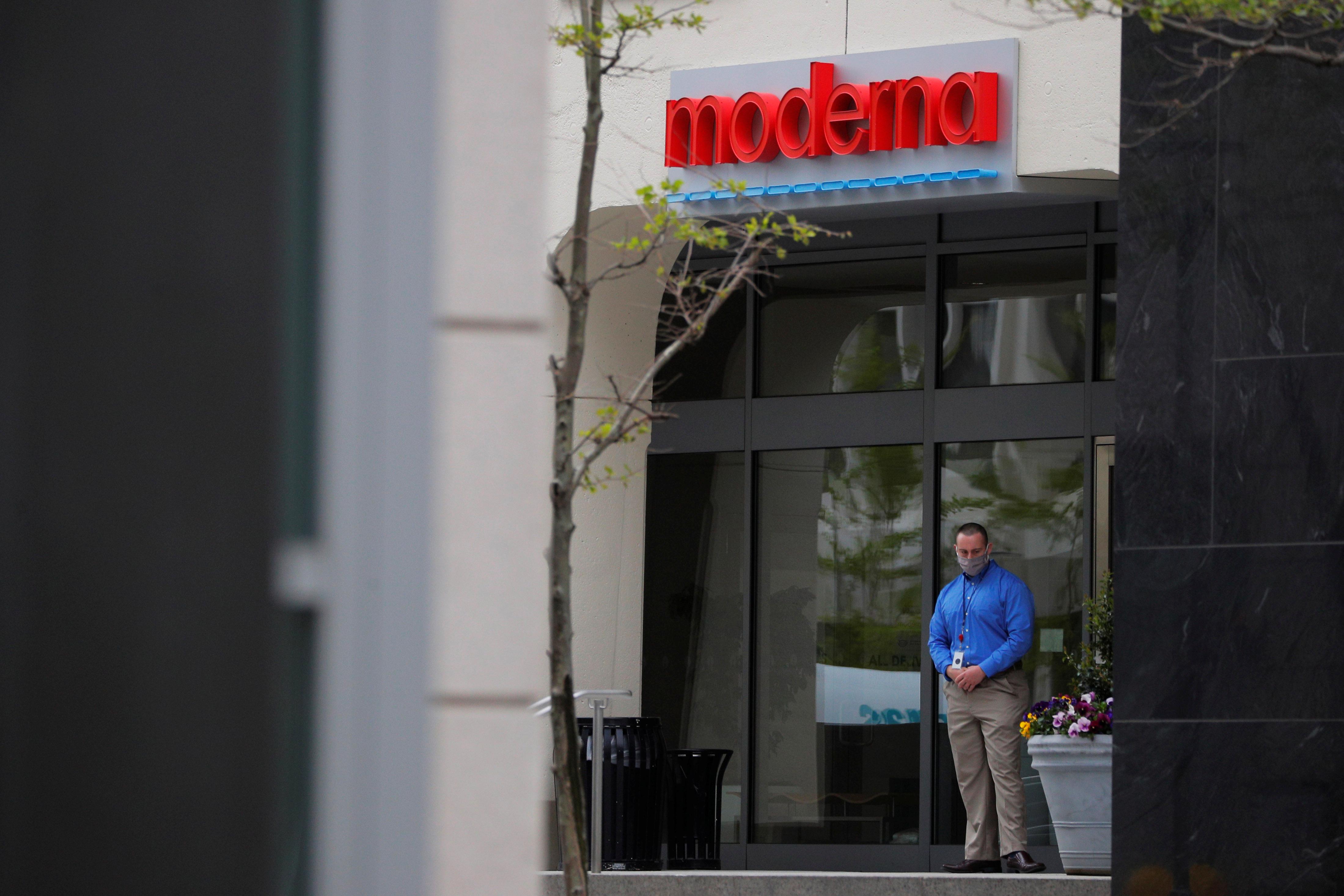 (Reuters) – Shares of biotechs racing to make coronavirus vaccines, including Moderna Inc (MRNA.O), fell about 10% on Wednesday, as investor concerns grew about the prospects of the experimental products that are still in early stages of development.

Moderna’s stock has more than doubled this year, on the back of early positive data from its experimental vaccine, among the first to be tested in humans in the United States for the virus.

Shares of the company fell as investors questioned the widely accepted timeline of 12 to 18 months for developing a vaccine for the new coronavirus, and also worried about a lack of granular data on the vaccines, analysts said.

“The stock was due for a pullback on some concerns around timing of COVID-19 vaccine deployment,” said Oppenheimer analyst Hartaj Singh.

“We will certainly have doses (of coronavirus vaccines) by the end of the year, I just don’t think we will have data to support widespread inoculation by then,” Scott Gottlieb, former commissioner of the U.S. Food and Drug Administration, said on CNBC.

Moderna’s shares tumbled over 16% on Tuesday after a report in medical news website Stat highlighted side effects in a volunteer taking part in a trial testing the company’s vaccine.

Wall Street was also concerned about a lack of data on the experimental vaccines under development, said Roth Capital Partners analyst Yasmeen Rahimi.

Shares of other companies developing the vaccines such as Inovio (INO.O) and Novavax (NVAX.O) fell between 9% and 10% in afternoon trading on Wednesday, while Moderna was down 11%.