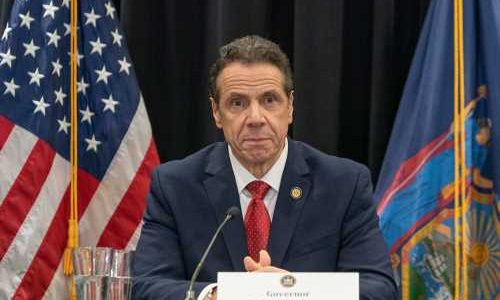 The campaign includes a series of eight TV public service announcements, the first two of which are available today. All of the PSAs will be available in partnership with the Ad Council for use by broadcast and digital media outlets. The PSAs will air in donated media time and space throughout the country.

New York was at one point an epicenter of the global coronavirus pandemic but brought its numbers under control and is now well ahead of much of the nation in fighting the virus. Gov. Cuomo projects a sense of urgency daily that travel from other states, or a sense of complacency among New Yorkers, could sent the state’s numbers up again.

“New Yorkers suffered gravely when this pandemic hit our state and as we see other states battle the surge of COVID-19, we want to be sure all Americans know what we know here – that it is essential to wear a mask in order to protect one another,” Cuomo said. “We can only beat this virus if we are united as one, not divided by ideology or politics. In that spirit we worked with the best and most creative team to deliver this vital message in multiple ways and in different voices – I wear a mask to protect you and you wear a mask to protect me. It is simple as that. Mask Up America.”

The governor unveiled the campaign at his daily briefing and press release Thursday.

The actors, the release said, “used their voices and talent to promote the message and increase awareness,” it said. Creative agency TBWA\Chiat\Day New York assisted with the logo and branding development.

The eight 30-second television spots, which will be rolled out throughout the month of July, include:

Several of the spots will be available in both English and Spanish versions, and will also be available for radio.