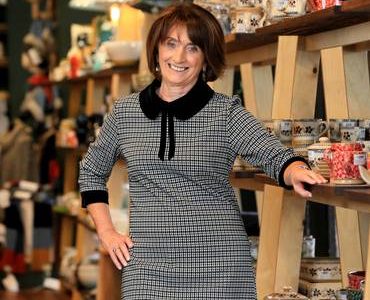 O'Gorman on expansion trail at Kilkenny

Irish retailer the Kilkenny Group is seeking acquisitions, having bought a restaurant and retail business in Kerry earlier this year, according to CEO Marian O’Gorman. The acquisition of Sammy’s Restaurant and Retail Store in Inch was the company’s second-ever transaction and reflects a growing emphasis on food by the group, she said.

“You know retail is challenged so we have to focus on the experience,” she told the Sunday Independent in a wide-ranging interview. “We want to grow the business and we bought Kilkenny Design Centre last year and Sammy’s this year, which is more food than retail.

“We want to diversify with retail being so challenged,” she said.”Our strategy now is to look at food opportunities as well as retail.”

“We would like to acquire more businesses rather than start greenfield sites,” she said. “We are in a good position to take on acquisitions. We are adding to skillsets to help us do that.”

She said that the company had identified a number of businesses which it is going to “have a look at”.

Most recent revenue figures for the group were €30m, but the next set of accounts is likely to show turnover of around €36m, due to the contribution from the two acquisitions.

In her first interview since the dispute first emerged, O’Gorman said she was delighted that a family row which erupted in 2016 had been “dealt with”. The bitter row centred on a decision to terminate her son Greg O’Gorman’s employment with the company and him taking legal action to stop his dismissal.

It was settled a year ago with the setting up of a new holding company for the Kilkenny Group called Clydaville Holdings.

The four children, Greg, Michelle, Melissa and Christopher, each hold shares, alongside their mother, as does Conor Lynch, Kilkenny’s long-standing finance director.

Donald Trump Says Tech Companies “Trying To Silence” Conservative Voices: “It May Not Be Legal”