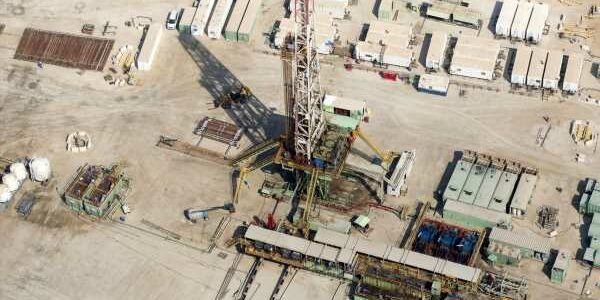 The president of OPEC reiterated that the oil producers’ cartel shouldn’t rush to increase output early next year and said energy demand was still fragile with the coronavirus raging across parts of the world.

Algeria’s Energy Minister Abdelmajid Attar, who holds OPEC’s rotating presidency, said there was no guarantee the group and its allies would raise crude production by 2 million barrels a day by April, even after anagreement earlier this month to reach that level in steps.

Brent crude has soared more than 33% since the start of November to around $50 a barrel as governments announced the roll-out of vaccines. Yet it’s still down 24% this year. And with cases surging in the U.S. and parts of Europetightening lockdowns, OPEC on Mondaycut its forecast for global fuel consumption in the first quarter of 2021 by 1 million barrels a day.

“Despite the positive signs and a significant improvement in oil prices, I think we should be very cautious,” Attar said in an interview. “In the best-case scenario, we will be able to reach 2 million barrels daily as early as April. But this is not a goal in itself. What is important is to ensure that the global oil inventory surplus continues to erode, and that we are on the path to lasting market stabilization.”

OPEC+, an alliance between the Organization of Petroleum Exporting Countries and others such as Russia, decided to add 500,000 barrels a day to crude markets starting in January and then hold monthly meetings on subsequent moves. That was less than the increase of 2 million barrels the group had agreed to in April. Back then, at the height of the pandemic, it slashed output by around 10 million barrels daily to prop up prices.

The group’s energy ministers have their next virtual gathering on Jan. 4. It could be another tense affair, with some members keen to increase production to boost their struggling economies. Saudi Arabia, OPEC’s de facto leader, clashed with the United Arab Emirates at this month’s meeting after the latter complained its quota was too low. Other members such as Iraq, Nigeria and Angola havebreached their output caps on various occasions since the April deal was struck.

“The crisis we have experienced this year has, in my opinion, strengthened cooperation,” he said. “I believe that we have built a sustainable and long-term framework for cooperation.”

He commended Russia for the extent of its production curbs, despite Moscownot fully reaching its targets.

“We are very satisfied with the overall contribution of the non-OPEC countries, especially Russia,” he said. “Its compliance rate has varied between 95% and 98% since May 2020. This is a highly satisfactory figure.”

Attar expects energy demand to rise in the second half of 2021.

“The new financial support for the economies that are being put in place, and the prospects for a rapid and broad deployment of vaccines, bode well” for the oil market, he said.

Algeria has based its 2021 budget on an oil price of $45 a barrel, with state oil and gas firmSonatrach forecasting somewhere between $40 and $50 in the medium term, Attar said.

— With assistance by Grant Smith