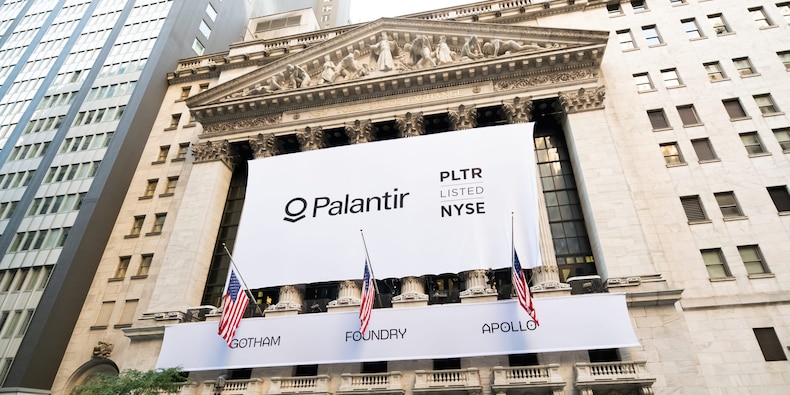 Palantir Technologies received a fresh “buy” rating and a $34 price target from Goldman Sachs on Wednesday.

While the big data analytics firm’s stock took a tumble on Tuesday after earnings revealed a surprise loss, analysts at Goldman were pleased with the quarterly results, saying the company now has a path to “sustainable growth”.

They also noted Palantir’s robust revenue guidance and backlog of orders going into 2021.

“We were encouraged to see management guide to $4bn of revenue in FY25, implying a 30% 5-year CAGR from FY20,” Merwin said. “With a growing backlog of $2.8bn in deal value (+31% y/y), we believe there is increasing visibility into the achievability of that long-term target.”

Government revenue was another bright spot for Palantir in its most recent earnings report, rising 85% year-over-year to $190 million. The company signed 21 deals worth over $5 million with contractors during the quarter compared to just 15 a year ago.

Goldman analysts also said they expect the margin expansion of 63 points seen in the quarter to continue going forward, leading the group to model 23% non-GAAP EBIT, up from 17%.

Furthermore, Goldman said Palantir’s deal with IBM to “should help to grow what is a relatively small commercial customer count today.”

Palantir’s quarterly results were enough for Goldman to more than double its price target from $13 per share to $34. The company should now “trade more in line with 30%+ growth businesses, which are trading at 44x CY21 sales” according to Merwin and his team.

Palantir’s stock has risen nearly 200% in the last six months amid a bull market for equities. However, the company saw its shares fall from all-time-highs of over $39 per share on Jan. 27.