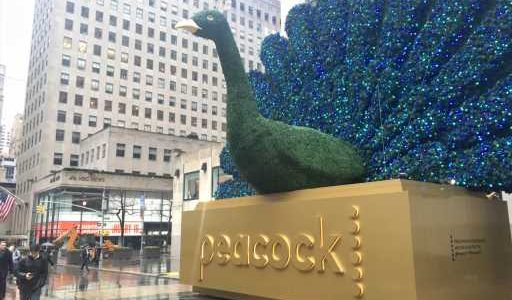 NBCUniversal streaming service Peacock will expand nationally tomorrow with 13,000 hours of programming available for free and 20,000 on its premium subscription tier.

The company on Tuesday offered its first breakdown of programming available on the free and premium tiers. (Deadline TV Editor Peter White has more programming details here.) Peacock Premium costs $5 a month, though it is effectively free for many initial customers, including those of NBCU parent Comcast. Both free and subscription tiers carry ads, though subscribers can also pay another $5 a month for an ad-free version.

Peacock first launched April 15 in the Comcast Xfinity footprint, both on X1 pay-TV systems and the broadband video offering Flex. Its national expansion caps a run of major streaming debuts, from Apple TV+ and Disney+ last November through Quibi and HBO Max in May, as media and tech companies chase streaming incumbents like Netflix and Amazon.

Along with a range of acquired film and TV titles, shows from the NBCU family of networks, including NBC’s This is Us, will be available a week after their linear premiere. On Premium, the availability is the next day. Live sports in the free tier include four exclusive Premier League soccer matches on July 15, coverage of the U.S. Open Championship and Women’s Open Championships and an NFL Wild Card Playoff Game. Thirty curated channels will also surface programming from well-known NBCU properties.

Starting July 20, the service will also be available via Sony’s PlayStation 4 and PlayStation 4 Pro. “As we bring Peacock to our fans wherever they consume media, device partners like PlayStation are invaluable in giving people even more places to watch the programming they’ve come to enjoy,” said Matt Bond, Chairman, Content Distribution, NBCUniversal. “We look forward to Peacock being at the forefront of the PlayStation experience.”

“This is a historic moment for our company as we proudly introduce Peacock to consumers nationwide—a groundbreaking vision that was brought to life by an incredible team of people from across Comcast, NBCUniversal and Sky,” Peacock chairman Matt Strauss said in a press release.