Home » Business » Peloton president: Nothing beats the convenience of home

Peloton president: Nothing beats the convenience of home

The app, which features thousands of instructor-led fitness classes, normally costs $12.99 per month. But in an effort to make its popular digital membership “more inclusive and accessible to a range of professionals and communities,” Peloton is slashing that monthly price for some subscribers.
Students will now pay $6.99 per month. Teachers, healthcare workers and first responders will be charged $9.99 per month, while military members and their families can pay a $9.99 rate that’s locked in for life. Prices depend on verification that’s completed when signing up. 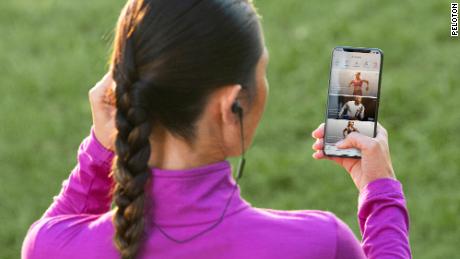 These digital-only memberships, which offer classes that don’t require Peloton’s hardware, have grown to nearly 900,000 subscribers.

Peloton’s app works on iOS and Android mobile devices, its website and connected video devices. It’s the company’s latest effort to broaden its dedicated user base, especially in light of the recent losses and bad PR related to recalling its treadmills that were tied to one infant death and reports of 70 injuries.

Peloton (PTON) announced in April it will add the ability to make customized programs that mix different fitness classes with a particular instructor and Strive Score, which it describes as a “personal and non-competitive metric” based on the participant’s heart rate using a compatible monitor. Peloton is also refreshing its scenic running and biking classes with new settings and music.

The company’s share price has rebounded following the May 5 recall of its treadmill, soaring 30% since then. However, the stock is still down roughly 30% for the year.
Correction: An earlier version of this story incorrectly stated the number of digital-only subscribers. Peloton has 900,000 digital-only memberships.
Source: Read Full Article