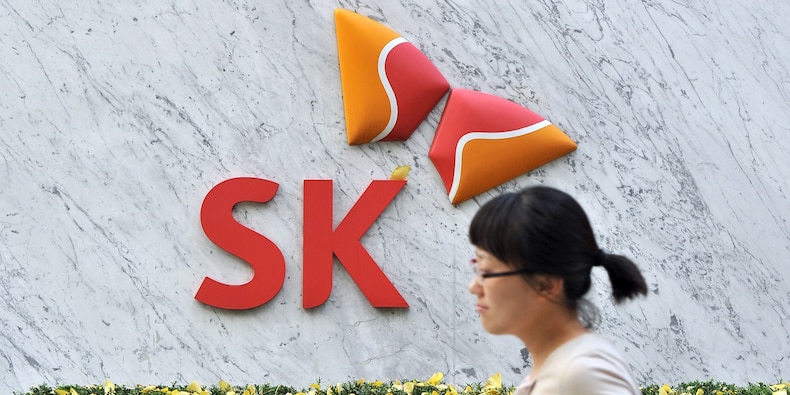 Plug Power rocketed as much as 33.4% higher on Thursday after the company revealed SK Group is investing $1.5 billion in the firm as part of a new joint venture.

The companies aim to increase the use of hydrogen energy in Asia through the deal, according to a Wednesday press release. Plug, a US-based producer of hydrogen fuel cells, will collaborate on building out fueling stations, fuel cell systems, and electrolyzer in South Korea and throughout Asia.

SK, South Korea’s third-largest conglomerate, purchased roughly 51.4 million shares of Plug’s common stock at $29.29 per share as part of the deal. The investment is expected to represent a 9.9% pro forma stake in Plug Power.

Read more: $138 billion megafund AQR shares a step-by-step guide for investors who want to reduce their portfolios’ carbon footprints – and explains why this move could propel returns in the long run

The collaboration offers “immediate strategic benefits” and is intended to create a formal joint venture by 2022, Plug CEO Andy Marsh said in a statement.

The deal remains subject to regulatory approval and is expected to close in the first quarter of 2021, according to the press release.

The South Korean government announced in early 2019 plans to increase its use of hydrogen and build out fuel-cell infrastructure through 2040. The country expects the strategy to create roughly $40 billion in economic value.

Morgan Stanley is serving as Plug’s financial advisor, while Goodwin Proctor will serve as the firm’s legal advisor.

Plug Power closed at $35 on Wednesday. The company has nine “buy” ratings and seven “hold” ratings from analysts.

Tesla will rally another 10% to street-high price target of $810 as deliveries continue to accelerate, Morgan Stanley says

US private-sector employment shrank in December for the first time in 8 months, ADP says