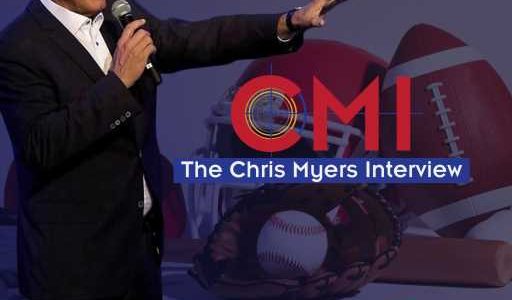 EXCLUSIVE: Fox Sports broadcaster Chris Myers is turning his eponymous radio interview show into a podcast after striking an exclusive deal with PodcastOne.

Myers is bringing his CMI: The Chris Myers Interview show to the network, which is owned by LiveXLive and is responsible for podcasts by the likes of Adam Carolla, Shaquille O’Neal and Steve Austin.

The show was previously broadcast of Fox Sports Radio and ran on more than 250 affiliate stations as well as Sirius/XM Radio.

The podcast will launch on August 26 former college football star and coach Urban Meyer, followed by interviews with the likes of Reggie Jackson and Troy Aikman.

Myers has covered the Super Bowl, the World Series, the NBA Finals, the NCAA Final Four, The Masters, the U.S. Open, the Triple Crown, the Olympics and the Daytona 500 and via Fox Sports contributes to the network’s coverage of NFL, NASCAR and MLB. He was the field reporter interviewing the Boston Red Sox when they won the 2004 World Series, breaking the famed “Curse of the Bambino,” was part of the original ESPYS with Dan Patrick and Bill Murray and was the first to interview OJ Simpson live after both of his trials.

It marks PodcastOne’s latest sports show following the likes of The Big Podcast with Shaq, The Dan Patrick Show and The Rich Eisen Show.

“Anytime you have a chance to share a conversation with the most accomplished and interesting personalities in and around sports it’s a good thing and I am excited to do that with CMI: The Chris Myers Interview on PodcastOne, where you can eavesdrop on people you know or would like to,” said Myers.

PodcastOne Executive Chairman Norm Pattiz added, “I’m sitting on the beach in Santa Barbara and next to me is Chris Myers and a very famous athlete.  I said to Chris ‘Do you think this guy would guest on your podcast?’  Chris replied, ‘I don’t have a podcast.’ Well he does now and it’s right here on PodcastOne. We couldn’t be happier.”