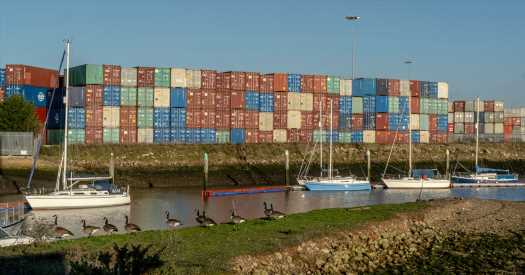 LONDON — The pound jumped more than 1.3 percent in the hours leading to Thursday’s announcement of a Brexit deal, a jolt of confidence in the British economy as London and the European Union completed an agreement that will define their future trading relationship after years of negotiations since the country voted in 2016 to leave the bloc.

The agreement, announced Thursday afternoon, still requires approval by the British Parliament and European leaders, but it removes a major potential economic liability of Brexit: the imposition of tariffs between Britain and its largest trading partner starting Jan 1.

Still, even without tariffs, the British authorities expect the frictions of cross-border transactions, which will now require customs checks and new documentation, to weigh on an economy already laboring under severe lockdowns to curb the coronavirus pandemic.

European stock markets, which ended their trading sessions early for the Christmas Eve holiday, all closed higher, reflecting relief among investors that a no-deal Brexit had been avoided. The FTSE 250, which includes mid-sized British-based companies, ended 1.2 percent higher. On the continent, Germany’s DAX rose 1.3 percent. On Wall Street, the S&P 500 was 0.2 percent higher.

The talks had been prolonged right into the 11th hour over three issues: business competition rules, fishing rights and how any disputes under the deal would be resolved. The final issue to be settled was European access to British waters for fishing.

Britain officially left the European Union at the end of January, but it immediately began an 11-month transitional period to work out a free-trade deal.

Businesses will still have to wait to read the hundreds of pages of documents that will detail how the trading relationship will change in just a week, from rules-of-origins requirements (to determine, say, if an item is truly “British” if it contains parts made elsewhere) to the mutual recognition of qualifications (to allow a British lawyer or architect to work on a project in Lisbon).

But the relief of actually reaching a deal, and the potential for future cooperation, will reassure many.

“A deal can limit some of the damage” of leaving the single market and customs union, economists at Berenberg, a private bank, wrote in a note. “By removing a major downside risk to the U.K. economy both in the near-term and long-term, a deal would unlock significant investment in U.K. and support the recovery once the ongoing coronavirus shock starts to fade.” This would benefit stocks and the British pound next year, they added.

Without an agreement, the two sides would have ended up trading on World Trade Organization terms, the default set of trade rules between most countries. That would have led to high tariffs on agricultural products like cheese and meat, making them more expensive. Britons buying cars imported from Europe, and vice versa, would have faced costly tariffs, too.

The pound has been the financial asset most sensitive to the Brexit negotiations, a rough barometer of Britain’s economic prospects. Before the vote in June 2016, a pound bought 1.30 euros. The day of the referendum result was the pound’s worst on record, and it has never recovered.

The trade deal also increases the chances that Britain and the European Union will work out favorable arrangements on the cross-border movement of services, such as investment banking; the people who provide professional services; and data. Services make up four-fifths of Britain’s economy. 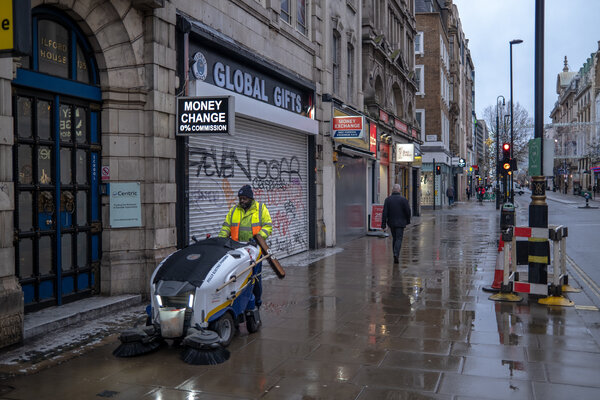 But even with a trade deal, Britain is expected to face long-term negative economic consequences from ending its membership in the bloc’s single market and customs union. The free movement of goods, services, capital and people will be replaced by a patchwork of regulations and domestic policies.

Britain has already suffered years of sluggish economic growth and low business investment since the referendum. And then the pandemic plunged the economy into a recession worse than anything in the past three centuries.

The economic recovery from the pandemic will be impeded by Brexit, analysts say. The Office for Budget Responsibility, an independent fiscal and economic watchdog, predicted that leaving the European Union would leave the British economy 4 percent smaller in the long run.

Even with a deal, everything from holiday travel planning to immigration rules and financial services will change at the end of the year.

Separation from the European Union means Britain can set its own immigration policies — a big appeal for many favoring stricter rules on who is allowed to settle in the country. In this regard, the Brexit vote appeared to have an immediate effect: In the first two years after the referendum, migration from the E.U. into Britain plunged by nearly three-quarters. New, stricter immigration requirements for Europeans are expected to reduce migration even further.

European regulations compel banks to move some assets and employees out of London to other European capitals if they want to keep serving clients on the continental side of the English Channel. Some have chosen not to, so some expat Brits have already been told that their British bank accounts will be shut down.

As a member of the European Union, Britain enjoyed almost frictionless trade with other countries in the bloc, with national borders making little difference. In 2019, British-E.U. trade amounted to nearly £670 billion, or $900 billion. About half of Britain’s overall trade is with European Union states.

In the short term, trade on both sides will be disrupted as thousands of companies adapt. Last month, the Bank of England said it believed that traders representing about 30 percent of goods exported to the European Union were not prepared for the customs and documentation checks that will begin next year. In the first quarter of 2021, fewer exports and the disruption to supply chains will cut economic growth by one percentage point, the central bank projected.

Even before the end of 2020, Britain’s ports were clogged with delays because of Brexit stockpiling, a pileup of pandemic equipment and a surge of shipments for holiday gift-giving. Shipping prices jumped, and a Honda factory west of London shut down because of delays in getting parts.

And then, thousands of truck drivers were stranded along highways in southeast England a few days before Christmas because France shut its borders to stop a new strain of the coronavirus spreading out of England. For those worried about post-Brexit trade delays, the long lines of motionless trucks offered a vision of what might come.