Pret a Manger: from high street darling to industry bogeyman

At King’s Cross station in London, one of Europe’s busiest transport hubs, the workers at Pret a Manger never stop. Calls for lattes and flat whites ring out, sandwiches are placed in paper bags and bank cards are held to payment screens every few seconds, all day, every day.

The crisis that has engulfed the company in recent weeks seems hardly to have made a dent in this busy outlet, but across the UK the picture is more nuanced. From being the fresh-faced darling of high street convenience food, Pret has found itself in the unfamiliar and deeply unwelcome position of being the food industry’s bogeyman. 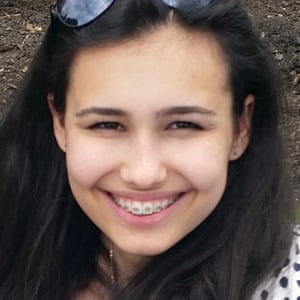 First it emerged that 15-year-old Natasha Ednan-Laperouse had died after suffering a severe allergic reaction to a Pret sandwich bought at Heathrow in July 2016. Days after the coroner had told the company he feared others might die if it did not change its processes, scandal hit again. It emerged that a second customer, 42-year-old Celia Marsh, had died last December after eating a super-veg rainbow flatbread containing a yoghurt that was supposed to be dairy-free but was not.

While the impact may not be immediately evident at its outlets, many customers have been left feeling betrayed. “I’ll never go in another Pret as long as I live,” says David Collins, whose daughter has the same sesame allergy Natasha had. “When I was working in London, I would go every other day, like everyone does. But for me they have let down their customers.”

Further stories about Pret’s “freshly baked bread” being imported part-baked and frozen from France and tales of a vegetarian customer finding sausages in their breakfast pot have left the UK’s favourite cafe chain reeling, says Adam Leyland, editor of the Grocer.

“I think the longer it goes on, the more Pret has been found to be on the back foot,” he says. “From a crisis management point of view they are not handling it well and it isn’t getting better.”

The company’s response to the crisis has been criticised from an emotional and practical standpoint for being slow out of the blocks. Natasha’s parents called a handwritten note received from Pret’s chief executive, Clive Schlee, in August – more than a year after their daughter’s death, and a week before an inquest began – “too little, too late”.

The company was criticised again after focusing blame for the death of Marsh on the vegan yoghurt company CoYo, which it said provided a product contaminated with dairy protein. CoYo has said Pret’s claims are unfounded.

“They have taken corrective action far later than they should have done, then when further stories have emerged they haven’t covered themselves in glory,” says Leyland. “There is a lot of love for the Pret brand, and I don’t think that can be evaporated overnight, but what these tragic cases have done is exposed slack procedures and the weaknesses in their business model and processes.”

Those processes were laid bare during the inquest into Natasha’s death. It focused on the fact that while the company listed allergy warnings around shops, the packaging on individual products did not list allergen advice. This was not illegal; under regulation 5 of the food information regulations, shops are not required to fully label food produced in kitchens on site. But it was strange, the acting senior coroner Séan Cummings said, that a vast chain of food outlets that sold 218m products a year would be bound by the same rules as an independent sandwich shop.

Only after the coroner ruled that allergens were not “labelled adequately or clearly” on Pret packaging, and suggested that the company had been “evading the spirit of the legislation”, did Pret introduce full labelling on its products. During the inquest it had argued there was a “mislabelling” risk if it were to introduce such measures. 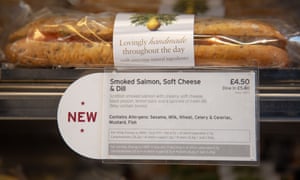 Pret has cultivated an image as a rustic local store selling healthy products. “The perception of the business is created by their marketing – the free coffees, the veggie outlets, this homespun idea – but people should think about what they are buying,” says Mark Borkowski, a PR expert.

In April this year the Advertising Standards Authority (ASA) said Pret’s promise that it made “proper sandwiches avoiding … obscure chemicals, additives and preservatives” and “good, natural food” were misleading because some of its foods contained E numbers.

In May each of its 12,000 employees was gifted a £1,000 payout when the chain was sold by its British private equity owners, Bridgepoint, to JAB Holdings, the owners of Krispy Kreme. Started by the entrepreneur Julian Metcalfe and his university friend Sinclair Beecham in 1986, a third of the business was sold to McDonald’s in 2001 then bought by Bridgepoint in 2008.

The company is skating on thin ice, says Borkowski. “I think there is a sea change going on, you cannot promote yourself as one thing and be another. This is a serious dent for Pret, it’s not going to overturn the brand overnight but it can’t carry on projecting this image without living up up to it.”

Andy Slaughter, the Labour MP for Hammersmith, where the Ednan-Laperouse family live, says the company responded poorly. “They do need to step up to the plate, but the reality is they are not going to and they have said as much putting the focus on government action.” He argues that to make a real difference the government needs to change the law and enforce legislation, but he has little confidence it will do either.

Schlee has spoken of the company’s regret at the deaths and said it would “learn from this tragedy and ensure meaningful changes happen”. “I hope these measures set us on course to drive change in the industry so people with allergies are as protected and informed as possible,” he said. “Nothing is more important to Pret right now.”

The deaths have left those with allergies uncertain about which food outlets they can trust. “I have spent a lot of time in the last few weeks talking to anxious parents and anxious children,” says Dr Nicola Brathwaite, a consultant paediatric allergist at King’s College hospital in London.

“We tell patients to always read product information and always ask … Sometimes things go wrong even when you do ask but each check is one more step to keeping people safe.”

Many will stop taking that risk, says Collins, who feels that a lack of care and attention in many shops and restaurants means that even with intense supervision and utmost care, his daughter is always in danger.

“People think you are being fussy, but the difference between an allergy and an intolerance is critical,” he says. “An allergy is life or death and people have to understand that if you are serving food to someone with an allergy you better be sure what’s in it – because if you are not it can kill them.”

Six 529 basics you need to know