The coronavirus pandemic has thrown the travel industry into a tailspin. In the latest blow for the sector, the government last week imposed quarantine measures on people arriving in Britain from France and several other countries.

Even before that move, the outlook was bleak. Tui, Europe’s biggest holiday company, warned last week that it had lost €2bn (£1.8bn) in the nine months to the end of June. Revenues had collapsed by 98% between April and June – the period during which lockdown measures effectively grounded international flights around the world.

Official figures show that a fifth of British holidaymakers have already scrapped plans to travel abroad this summer because of quarantine issues. In a survey by the Office for National Statistics after the imposition of quarantine rules for Spain – but before France was added to the list – as many as six in 10 UK adults said they would be put off travelling abroad if they had to self-isolate for two weeks on their return.

The loss of British tourists will have a heavy impact on the big economies of Europe. France and Spain are the top two destinations for British tourists, who make as many as 18 million visits to Spain each year, mainly for holidays, and more than 10 million to France.

But although quarantine rules may prove damaging for Disneyland Paris, small towns in the Dordogne and hotels on the Costa del Sol, British companies and jobs will also be heavily affected.

Airlines and travel operators, which between them employ hundreds of thousands of people across the country, are on the frontline of the economic meltdown triggered by quarantine. Ministers need to urgently wake up to the risks facing these businesses.

The first remedy the government should consider is an extension of the furlough scheme and a higher level of support for one of the hardest-hit sectors of the economy.

The wage subsidy programme – which has supported a total of more than 9 million jobs since its launch in March – is being scaled down from this month and is due to close completely by the end of October. This may be appropriate in sectors that have reopened after lockdown, but for those with restrictions – such as tourism and the arts – the removal of support at this early stage is a death sentence.

So far the chancellor, Rishi Sunak, has resisted the idea of sectoral furloughs – saying it would be too difficult to determine which companies are in which sectors when there is a high degree of overlap. But as the rapidly evolving response to the pandemic has shown, such challenges should no longer be considered insurmountable.

The other argument is that the longer the pandemic goes on, the more important it is for the economy to adjust to the “new normal” of physical distancing. This view has spread from the Treasury to the Bank of England, where Andrew Bailey has publicly backed the ending of furlough for this reason.

Without a lasting vaccine to eradicate the risk of Covid-19 entirely, the economy will have to adjust over time. The aviation sector in particular is in any case facing a need for fundamental change to its models, as the climate emergency threatens an even deadlier reckoning than the pandemic. While serving as a catalyst for decarbonising the economy, the quarantine measures could also encourage staycations, to the benefit of other parts of the UK economy.

However, to make such a transition overnight would cause untold harm to firms and workers whose livelihoods still depend on overseas travel. Britain’s aviation sector alone has issued almost 20,000 redundancy notices since the beginning of lockdown, with a severe knock-on impact for jobs in the wider supply chain. Communities around airports – such as Crawley, near Gatwick – could be left with mounting unemployment.

After scrapping the holiday plans of millions, the government must now fly into action to support businesses and workers whose livelihoods are now at risk through no fault of their own.

Big Oil’s lack of climate vision is the real killer

The oil industry’s second-quarter results season has laid bare the full toll of the coronavirus pandemic on the world’s biggest fossil fuel companies, and for good reason. The global oil market fell to historic lows in April this year, and into negative territory for the first time in US markets, as major economies across the world seized up under lockdown measures.

The slump in demand for transport fuels, the biggest in a quarter of a century, triggered some of the deepest quarterly losses ever seen in the oil industry, wiped almost $90bn (£69bn) off the profits of the world’s largest producers, and left dividends in tatters.

But as the dust settles on a truly calamitous quarter for Big Oil, deeper truths around the resilience of the industry are beginning to emerge. Take BP, for example. The company delivered some of its worst financial results in history, and cut its shareholder payouts for the first time since the Deepwater Horizon oil spill. But its shares still climbed.

Why? In a canny move, BP’s new(ish) chief executive, Bernard Looney, chose to set out, alongside the dismal results, its long-term plan for making BP greener. The tactic proves that investors are willing to take a crisis on the chin, provided the long-term view is more resilient.

The crisis has also revealed which oil companies remain woefully out of touch with the breakneck changes the fossil fuel industry faces in the wake of the pandemic.

US oil giants ExxonMobil and ConocoPhillips – and even Norway’s state oil company, Equinor – seem to be sticking stubbornly to their existing view of the future of oil. It’s a bizarre stance in the teeth of an ongoing pandemic combined with the climate crisis.

But it also poses a key question for investors: can they afford to put money into a company that is facing two existential crises at once? 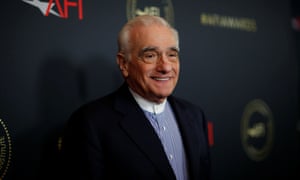 Martin Scorsese’s “first-look” deal with Apple, giving it right of first refusal over his forthcoming film and TV projects, marks the latest flexing of financial muscle by a streaming giant, as talent deals take centre stage in the global battle to win subscribers.

It follows a similar deal with fellow Hollywood A-lister Leonardo DiCaprio’s production company, as Apple aims to bolster the attractiveness of its Apple TV+ service.

High-quality programming is the key weapon in the battle for viewers, and deep-pocketed streamers are able to strike increasingly big exclusive deals for top on-screen and off-screen talent.

Netflix struck a record $300m deal with Ryan Murphy, creator of hit shows including Glee, Nip/Tuck and American Horror Story, as well as with the creator of The Crown, Peter Morgan. Amazon has deals with Fleabag’s creator, Phoebe Waller-Bridge, and Amy Sherman-Palladino, creator of Gilmore Girls.

Competition in the market has significantly ramped up this year as the world’s biggest traditional media companies join the fray. The arrival of WarnerMedia’s HBO Max and NBCUniversal’s Peacock, as well as the highly successful launch of Disney+, are serving to further fuel hyper-inflation for premier content. WarnerMedia paid $425m for the rights to Friends for five years, outbidding even Netflix, where it had been the most popular show.

Traditional broadcasters, lacking the resources to compete, fear that ultimately such mega-money deals could threaten national identity, as cultural touchstones sign with the highest bidder. Last year, former BBC director general Mark Thompson warned the talent buy-up meant the UK was facing “a total loss of culture sovereignty”. Just as the Silicon Valley giants dominate much of modern life on the web, from social networking to internet search and shopping, the golden age of streaming could result in an irrevocable shift in power in the TV and film industry to a small group of media and tech giants.