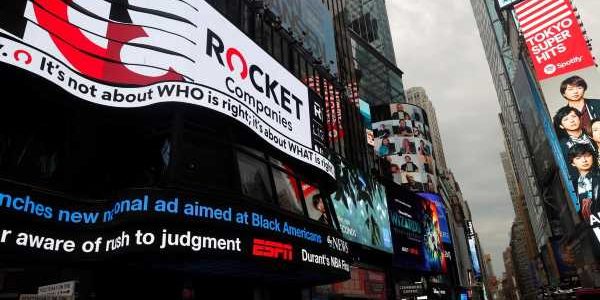 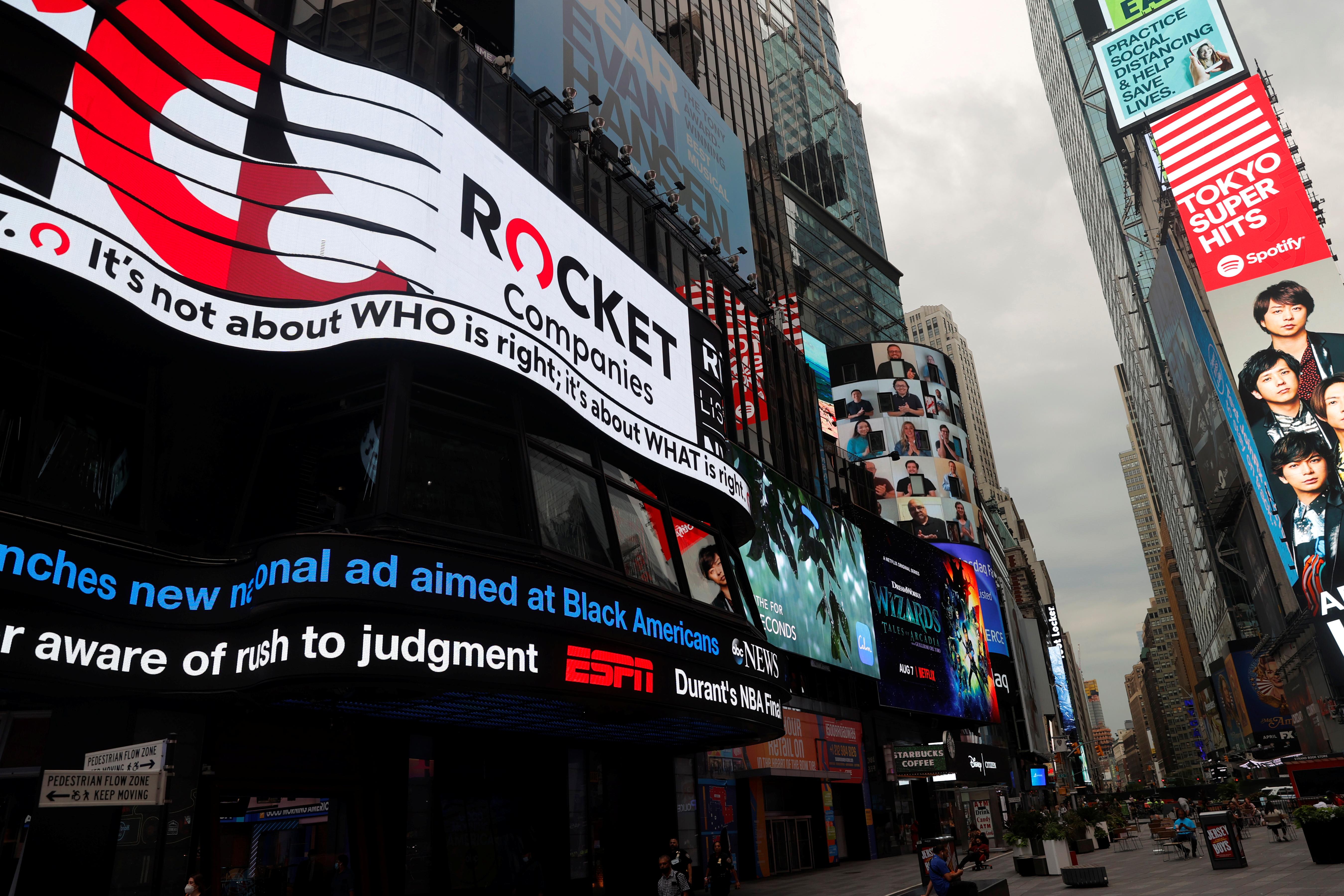 Rocket shares were trading up at $19.75 shortly after they opened flat at $18 a share, the same as its IPO price, originally targeted at $20-$22 per share.

The company sold 100 million shares, down from 150 million it had planned for the IPO, to raise $1.8 billion, which valued the company at around $36 billion. [nPn8pgT5ka

At its IPO price of $18, it is now the third-largest U.S. listing of 2020, excluding blank-check companies. Only Royalty Pharma RPRX.O and Warner Music Group WMG.O have had bigger stock market debuts this year, raising $2.18 billion and $1.93 billion, respectively.

Within its original price range of $20-$22, Rocket could have raised over $3 billion and become the largest IPO of a U.S. company of the year so far.

Rocket’s relatively lukewarm flotation comes at a time when U.S. capital markets are in the middle of a stellar recovery after the COVID-19 pandemic put several debuts on hold earlier this year.

The IPO pricing and deal size suggests Rocket struggled to convince investors that its mortgage platform business deserved the kind of valuation that is usually handed out to Silicon Valley tech unicorns.

The Detroit-based company, founded by billionaire Dan Gilbert in 1985, said earlier this month it expects a profit of more than $3 billion in the second quarter, compared with a loss a year earlier.