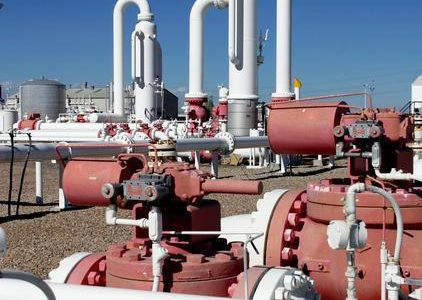 As Colorado’s largest electric utility considers adding renewable natural gas to its arsenal of anti-climate-change tactics, the Sierra Club and Earthjustice have released a new report saying the fuel would be a costly diversion from the state’s clean-energy goals.

The report also criticizes what the environmental organizations say is a push by the industry to advance renewable natural gas and laws and ballot measures as a way to short circuit the use of electricity to power buildings. A Colorado ballot proposal, Initiative 284, would prevent state and local governments from doing what an increasing number of communities in California and a few other states have done: ban the use of natural gas for new buildings.

In Colorado, Xcel Energy has teamed up with Englewood and Littleton to tap methane produced by city wastewater treatment plants and inject it into the utility’s natural gas system. Xcel is exploring broader uses for recycled methane, such as providing it directly to residential customers.

“Xcel Energy continues on the path of achieving our goal of reducing our carbon emissions associated with our electric system by 80% by 2030 from 2005 levels while pursuing a vision to provide 100% carbon-free electricity by 2050,” the utility said in a statement Monday.

Looking at how to deliver renewable natural gas to customers complements the company’s carbon reduction goals while providing options for a diverse, balanced and reliable energy mix, Xcel said.

But the report by the Sierra Club and Earthjustice argues that recycling methane is expensive, carries health and environmental risks and would supply only a fraction of the power needed. The report is a response to the industry’s pitch of renewable natural gas as an avenue to cleaner energy, said Mark Kresowik, a deputy regional director at the Sierra Club and a co-author of the report.

“The gas industry has been making pretty wild and inaccurate claims about the potential for fossil gas alternatives to reduce climate pollution,” Kresowik said.

The report includes a statement by the Southern California Gas Company that replacing 20% of the state’s traditional gas supply with renewable natural gas would lower emissions “equal to retrofitting every building in the state to run on electric-only energy and at a fraction of the cost.”

But the industry’s own estimates show that renewable gas could replace only 7% to 13% of the existing demand for gas, according to the report. And capturing methane from other sources is at least four times more expensive than fossil gas, the report said.

“And it is still methane, so when you pipe it through the system and if it leaks, it has the same climate impacts,” Kresowik said. “When it’s burned in a house or a business, it has all the same health, safety and climate impacts that fossil gases do.”

Kresowik said renewable gas could be used for activities that are difficult to power with electricity, such as heavy industry, aviation and ocean transportation. However, he said electrifying new construction and eventually switching from natural gas in existing buildings will reduce climate-changing emissions and be more cost effective.

Energy use in buildings accounts for nearly 40% of carbon emissions worldwide, the report said. Kresowik said campaigns by industry supported organizations, including Protect Colorado, the group behind Initiative 284, are attempts to prevent customers from choosing alternatives.

Ensuring that people have choices and access to affordable, reliable energy is what the initiative is all about, Protect Colorado spokeswoman Laurie Cipriano said. She said 75% of Coloradans use natural gas as their primary source of energy to heat their homes and cook their meals.

While not commenting directly on the initiative, Lynn Granger, executive director of the American Petroleum Institute-Colorado, said in an email that the trade organization supports making all forms of energy available to Colorado homes and businesses.

But Lafayette Mayor Jamie Harkins said in an email that he views the ballot measure, similar to laws recently passed in other states, as “basically national oil and gas companies coming to Colorado and trying to strip away our local control and independence to pass policies that we deem necessary.”