Roku, Inc. (ROKU) shares rose more than 6% after Macquarie upgraded the stock from Neutral to Outperform and raised its price target from $110 to $130 per share. Analyst Tim Nollen believes that the shift to connected television in the United States will follow around the world over the coming years, but he sees an even bigger opportunity in Roku's smart TV operating system integrations. These growth drivers could triple its user base to over 70 million active accounts by 2022, drive platform revenue to $2.3 billion, and drive overall revenue to $2.7 billion.

Other analysts believe that emerging competition could limit growth. In mid-September, Pivotal Research initiated coverage on Roku stock with a Sell rating and a $60 price target, saying that competition would drive the cost of over-the-top devices to zero and put material pressure on advertising revenue splits. Analyst Jeffrey Wlodarczak cited Xfinity's free Flex product, saying that it would be copied by other distributors. 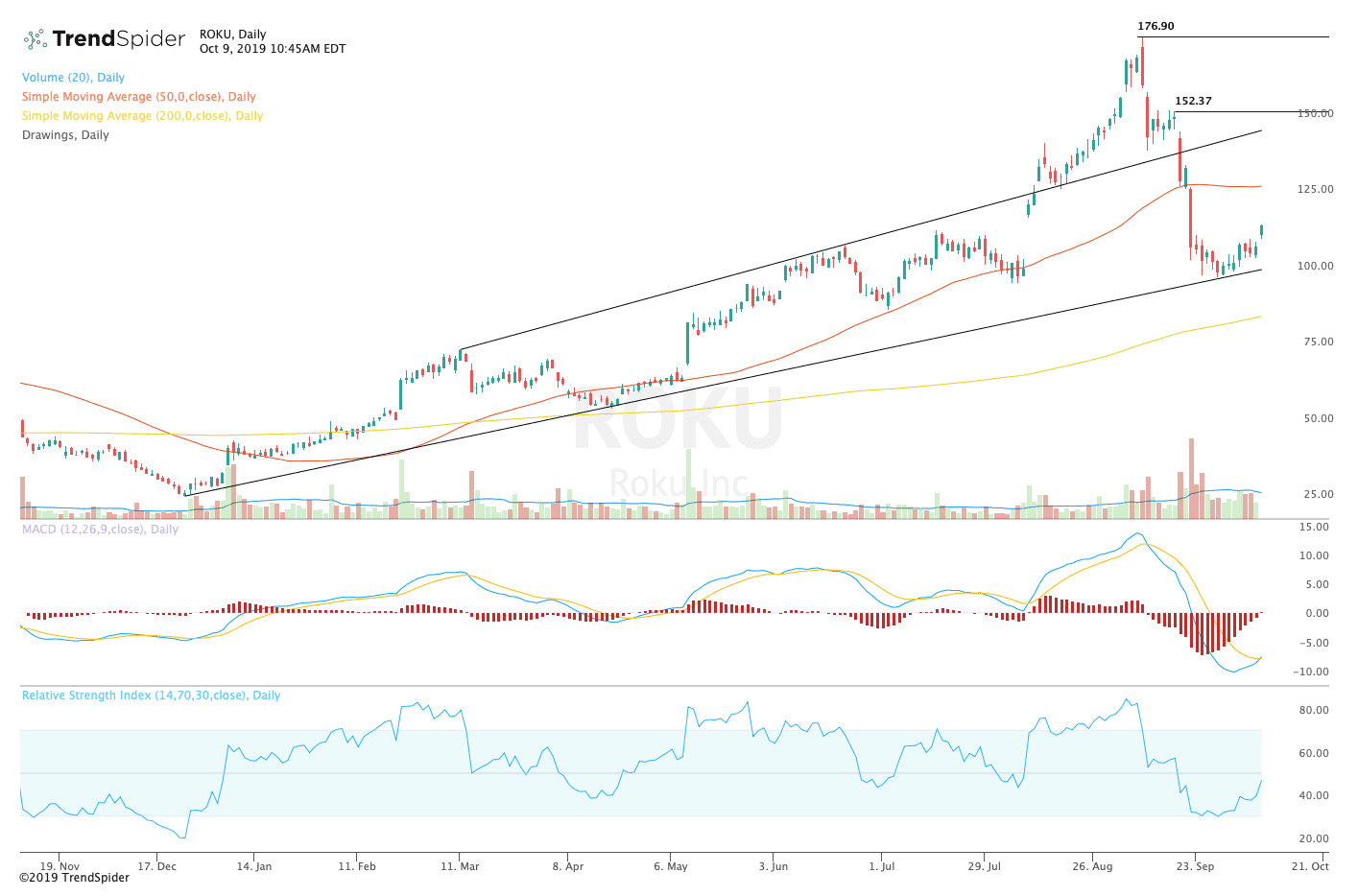 From a technical standpoint, Roku stock fell to $100 per share in late September before posting a strong recovery. The relative strength index (RSI) remains neutral with a reading of 46.31, but the moving average convergence divergence (MACD) could see a near-term bullish crossover. These indicators suggest that the stock could have room to run over the coming sessions with its positive news and momentum.

Traders should watch for an ongoing rally toward the 50-day moving average at $127.86 over the coming sessions. If the stock breaks out from those levels, it could retest its prior highs of around $180.00 over the long term. If the stock's rally loses steam, traders could see a move lower to retest reaction lows of around $100, but that scenario appears less likely given its momentum and favorable news flow.

The author holds no position in the stock(s) mentioned except through passively managed index funds.

Elon Musk's $420 level may not be such a pipe dream for Tesla stock, technician says

Apple is having its worst month since the financial crisis, but the long-term trend appears intact