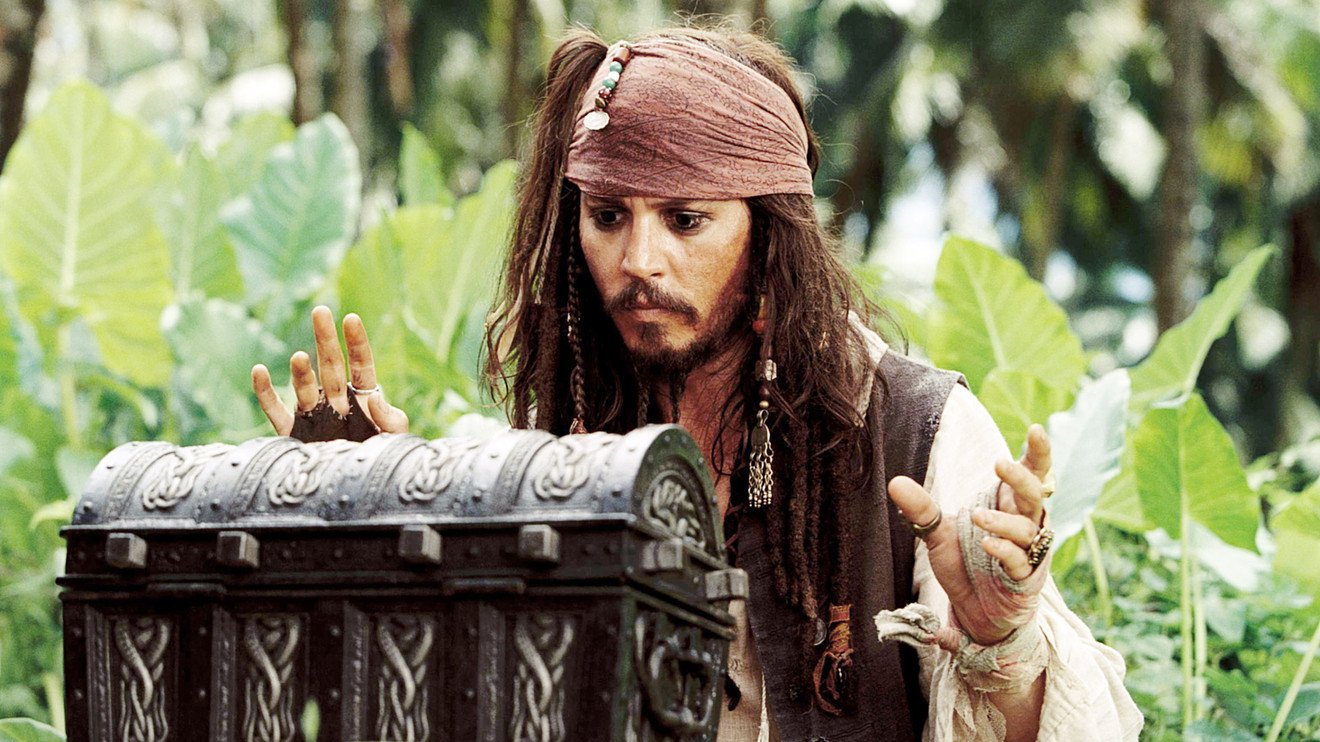 The Roth strategy we wish we’d built for early retirement

It’s fair to say there are several things we’d do differently if we were to go back and save for early retirement all over again, because we didn’t do this perfectly by any means.

There are the things we’d do differently if we were starting right now, but the biggest thing we’d change no matter when we were saving and no matter what the markets were doing at that point is do a better job of saving money in Roth IRA accounts.

And there’s not a thing we can do about it (mostly). But you can learn from our mistakes and do better.

Here’s a quick primer on Roth rules for those whose memories are a little fuzzy:

Unlike virtually all other tax-advantaged retirement accounts in the U.S., Roth IRAs (and Roth 401(k)s, for the rare employees whose companies offer them) are funded with post-tax dollars. So you don’t get an income tax break when you contribute like you do with your 401(k) and traditional IRA, but when you start taking distributions, both your contributions and all the glorious earnings come out tax-free, assuming you’re 59½ or older.

Roths are also the only tax-advantaged account that don’t have required minimum distributions, so if you intend to pass some of your money on to children or a charitable cause, Roths let you hold on to all that value for as long as you want, unlike others that require you to start taking money out and get taxed on it at age 70½.

But perhaps the best part about Roths is that you can take out the money you’ve contributed at any age with zero penalty. (Assuming you originally contributed it to your Roth and didn’t convert it from another account.) However, despite all this goodness, Roth IRAs are not directly available to higher earners.

I’ve been quite adamant in my belief that we should all be planning pretty conservatively for early retirement — much more conservatively than the 4% rule, in part because the rule may prove too aggressive in the future, and in part because our spending will almost certainly go up as we get older (ahem, health care costs are increasing at more than three times the rate of inflation currently, and that’s without any ACA repeals that could happen anytime and would drive premiums up even higher). That hasn’t changed. I’m still not a fan of the approach of thinking of your whole retirement as one big phase and using a big chunk of your traditional retirement funds before you get to traditional retirement age. That’s not looking out for future you.

But there’s no reason you can’t build a solid Roth strategy and look out for future you.

We didn’t get serious about saving for retirement until after we were over the joint filing income limit for Roth IRAs. It’s not that we weren’t saving. We were both doing our 401(k)s at work, and outside of that we were saving a lot, actually. It was just to pay off my debt, and then to buy our first place, and then to buy our forever home. All savings goals that were very immediate, and therefore where investing that money didn’t make sense. For most of our adult life, in fact, our savings goals have been cash-focused. By the time we got focused on early retirement and started investing in earnest, we were long past the ability to contribute to Roth IRAs, directly at least. But if we could go back and do it over, here’s what we would do:

More contributions when we were under the income limit — When you’re saving for another goal, the last thing you want to do is divert funds to a purpose you won’t benefit from for years. But through most of our working lives, the Roth IRA limit was ~$4,000-5,000, and each of us saving that amount per year when we were eligible — at least after we got out of our entry-level jobs and weren’t living paycheck-to-paycheck anymore — wouldn’t have set back our other goals so massively as to significantly change our life trajectory. So we wish we’d done it. Even if we’d only saved the limit a few years each and then just left that money to grow through the bull market since the Great Recession, we’d be in a position to withdraw those original contributions and still have tons of gains that could sit and multiply for a few more decades before we touch them.

Backdoor Roth contributions when we were over the limit — In the years when we were over the limit, we never even seriously considered taking advantage of the backdoor Roth option: contributing after-tax dollars to a traditional IRA (and getting no tax benefit), and then converting those dollars to a Roth account. If we had, we’d again have all those contributions available to be withdrawn without penalty — at least the ones older than five years — and there’d be plenty of gains left to keep compounding.

The benefits of Roth, even without a ladder

When early retirement folks talk about Roths and Roth conversions, much of that conversation tends to focus around the idea of the Roth ladder — building a chain of Roth conversions each year so that you can eventually use Roth dollars to supplement your other sources of cash flow, turning traditional retirement dollars into early retirement dollars. When that strategy is used to the detriment of future you, I’m not a fan. But when you convert a few dollars here and there — or, better yet, you just contributed to Roths while working and have money already in those accounts — there are some solid benefits to be had.

Additional contingency or emergency fund — Because Roth contributions can be withdrawn without penalty (again, not the gains, only your original cost basis), Roth accounts essentially serve as an added contingency or emergency fund. If you fully fund your taxable accounts to cover your early retirement, but then something catastrophic happens, or you hit a horrible sequence of returns, those Roth funds can help bail you out. If your Roth funds came from a conversion, you have to wait five years, more or less, but then can withdraw your conversion cost basis without penalty.

Source of additional cash flow that doesn’t impact taxes or health care premiums — In early retirement, there’s a good chance you’ll be working to optimize your income to stay under a particular tax bracket or to stay within a particular range for health care premium purposes. And selling shares of taxable accounts, or taking a 401(k) distribution if you’re over 59½ but under 65 and not yet on Medicare, both trigger taxable events. Taking your contributions out of a Roth account doesn’t trigger a thing. So Roth funds give you an added source of backup cash flow that doesn’t mess with your careful optimization.

Ad hoc donor advised fund (DAF) — If you care about giving charitably even without a job and also want to leave a charitable legacy, as we do, Roth accounts give you another tax-advantaged way to give outside of a formal donor advised fund. First, the fact that they can grow forever tax-free and without the need for required minimum distributions means you could fund a Roth account and get the de facto tax benefit of the free capital gains on money you intend to leave as a bequest when you pass on. (P.S. You can give charitable contributions from traditional IRAs in lieu of RMDs, too. That’s why it doesn’t make sense to convert IRA or 401(k) dollars to Roth specifically to give charitably in a short time frame.) And if you don’t mind paying the income tax on the money when you earn it and put it into your Roth (or when you convert it from a pretax retirement account), you can let it appreciate in your Roth and then, after 59½, make a charitable contribution from it that’s much larger and also worth a larger tax write-off for you. I don’t think tax write-offs should be what motivates any of us to give, but if they help you give a little more, then great.

Just because we’re done with traditional retirement doesn’t mean that we’ll never save for retirement again. This year, in fact, we’ll almost certainly fund traditional IRAs for the first time in possibly forever, using book and side hustle money. But we’ll also have more taxable income than we’d planned, so we aren’t eager to trigger more taxable events by converting other dollars to Roth. (It would make more sense to just contribute to Roth accounts directly, given that we’re now well under the income cap.) But this December, we’ll do what will likely become an annual tradition:

End-of-year Roth conversion — Before the end of each calendar year, we’ll tally up all of our income — dividends, capital gains, rental income, any work we’ve done — and see where we net out. Adjusted gross income (AGI) and modified adjusted gross income (MAGI) are the most important numbers for tax and health care purposes (they’re essentially all income minus contributions to pretax retirement accounts and only a few other narrow categories like alimony), so based on our MAGI, we’ll decide whether we have room to convert some IRA dollars to Roth… or not. And then do the same thing again the following December. With any luck, we’ll end up with some dollars in Roth accounts one of these days.

This column originally appeared on OurNextLife and was adapted and published with permission.