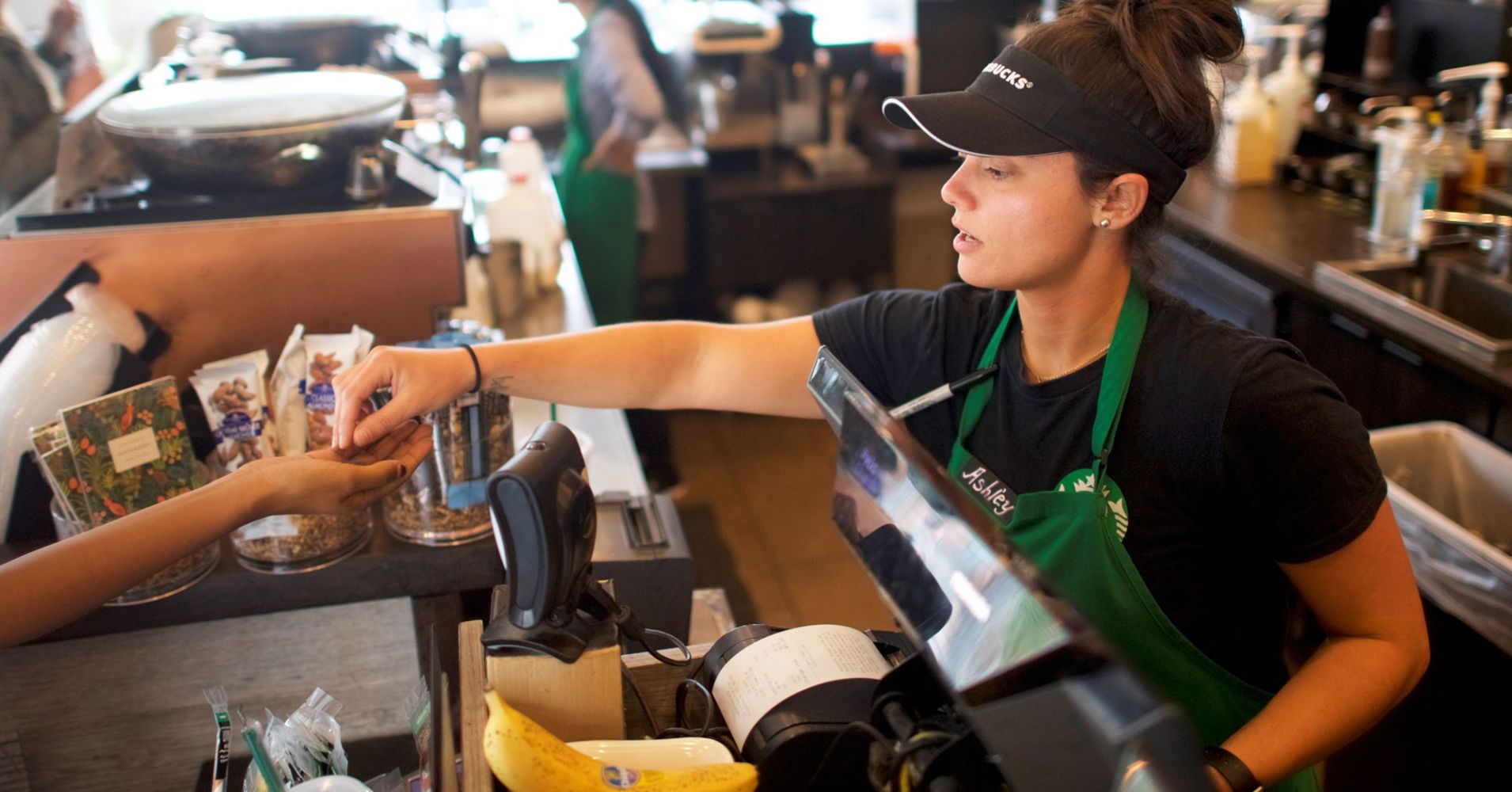 Revenue and profit at Starbucks surged to new records during its fiscal third quarter, topping Wall Street estimates in a tough period marred by public outcry over the coffee chain’s treatment of minorities.

Total sales jumped 11.5 percent to $6.31 billion, up from $5.66 billion during the same period last year, Starbucks said in releasing its third-quarter earnings after market close Thursday. The coffee chain said it added new customers to its loyalty program who spent more during the 13 weeks ended July 1.

Starbucks has been working to bolster its loyalty program, faced with a wave of competition from the likes of Dunkin Donuts, McDonald’s and JAB Holdings-owned Panera Bread. It said it added 1.9 million active members during the latest period, up 14 percent from a year ago and bringing the total user base to 15.1 million. Coffee and tea drinkers, meanwhile, spent about 3 percent more per trip at its cafes, helping fuel same-store sales.

Here’s what Starbucks reported for the 13-week period ended July 1, compared with what analysts surveyed by Thomson Reuters were expecting:

Despite the beat, Starbucks trimmed its same-store sales outlook for the full year. While growth in the U.S. cools, the company is embarking on an aggressive expansion plan overseas with a focus on China and its 1.4 billion people.

Although China has been Starbucks’ biggest growth driver of late, same-store sales there fell 2 percent during the third quarter, compared with increases of 4 and 6 percent in the latest two periods. One concern in this market is the stricter regulations that Starbucks faces as it looks to roll out additional delivery services. Same-store sales in the U.S., meanwhile, were up just 1 percent during the latest period.

The company also on Thursday announced it would begin testing new delivery options in Beijing and Shanghai in fiscal 2019, hoping to drive same-store sales higher there.

“Let me assure you that our new delivery service will adhere to the high standards our customers in China have come to expect … as we expand our business [there],” said Belinda Wong, CEO of Starbucks China, on the company’s earnings conference call.

Starbucks shares were up less than 1 percent in after-hours trading on the news.

“As we flex our balance sheet, we have now expanded that commitment equipment to $25 billion,” Johnson said on an earnings call with analysts.

Looking ahead, Starbucks expects adjusted earnings for the full year to fall within a range of $2.40 to $2.42 per share, the company said. Global same-store sales are now forecast to be slightly below a prior range of growth of 3 to 5 percent. The chain still expects to open roughly 2,300 net new locations globally.

“We continue to anticipate a moderate decline in full-year operating margin for both [our] total company and the Americas … inclusive of the incremental investments we’re making in our partners and digital initiatives following U.S. tax law reform and the impact of the anti-bias training,” CFO Scott Maw, who is set to retire this November, said on Thursday’s earnings conference call.

The latest quarter has been a bumpy one for the Starbucks, which closed 8,000 of its U.S. locations for a day in May to provide racial bias training to 175,000 employees. The company has taken a number of dramatic steps to restore its image after a store manager in Philadelphia called the police on two black men who asked to use a bathroom — igniting public outrage.

Starbucks shares have fallen by about 10 percent so far this year to around $51 a share. The coffee giant has a market value of about $71.4 billion, compared with Dunkin Brands at $5.9 billion and McDonald’s at $121.7 billion.

—CNBC’s Sarah Whitten and Kate Rogers contributed to this reporting.

What to Look For in Starbucks Q2

Starbucks Won’t Be Accepting Bitcoin After All
Business
Industies News