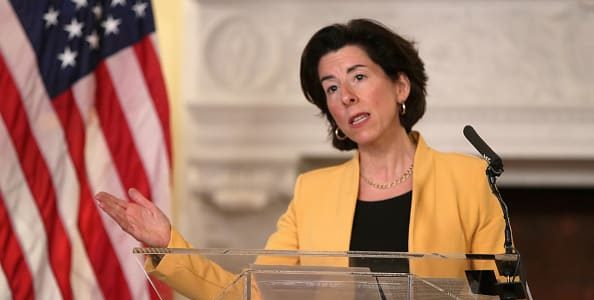 States are trying to plug gaps in a Trump administration program offering a temporary boost in unemployment benefits.

The Lost Wages Assistance program, which increases jobless aid by $300 a week, is only available to workers who collect at least $100 a week in unemployment benefits from their state or  other programs.

That restriction leaves out thousands of workers who get a lesser benefit, and who are arguably the Americans who most need the extra aid, experts said.

More from Personal Finance:
Unemployment benefits. Stimulus checks. A breakdown of where aid measures stand
Americans are raiding retirement savings
Dreaming of retiring abroad? Here's what you need to know

Some states, such as Arkansas, Idaho, Rhode Island and West Virginia, seem to be trying to extend financial assistance to these unemployed workers through various means.

Most states set a minimum unemployment benefit below $100 a week, which creates the conundrum for some workers.

Rhode Island, for example, pays a minimum benefit of $53 per week. Gov. Gina Raimondo, a Democrat, signed an executive order temporarily raising the state's minimum benefit to $100 a week for the duration of the Lost Wages Assistance program, which runs for up to six weeks dating from the week ended Aug. 1.

The executive order, which Raimondo signed Aug. 28, would qualify approximately 3,500 additional people to receive the extra $300, according to a spokeswoman for the Rhode Island Department of Labor and Training.

Similarly, Idaho is using $15 million in federal coronavirus relief funds to pay a $300 weekly benefit those who make less than $100 a week from unemployment insurance, according to a spokeswoman for  Republican Gov. Brad Little.

Unlike Rhode Island, however, their weekly benefits were not bumped up to $100 a week, the spokeswoman said. The maneuver affects about 1,000 workers, according to a spokesman for the state Department of Labor.

Meanwhile, West Virginia is one of just a handful of states that's opting to pay an extra $100 a week on top of the federally funded $300 — for a total $400 a week.

While workers currently collecting less than $100 in unemployment benefits won't get the federal portion ($300) of the Lost Wages Assistance, they will still receive the state's extra $100 portion, according to Gov. Jim Justice, a Republican.

"West Virginia is the only state in the union that is providing that particular benefit," Adkins said Wednesday. "We understand this benefit is critical to many West Virginians."

About 6% of people collecting unemployment insurance from their state would be ineligible for the Lost Wages subsidy due to the $100-a-week threshold, according to an estimate from Eliza Forsythe, a labor economist and assistant professor at the University of Illinois.

That amounted to more than 912,000 people as of Aug. 1, according to Labor Department data.

Many of these workers get relatively meager unemployment benefits due to their earning low wages, working part-time hours or falling into some peculiar cracks of the unemployment system, such as working jobs as both a traditional employee and contractor, said Andrew Stettner, a senior fellow at the Century Foundation.

Arkansas is implementing an emergency assistance program to help impoverished unemployment recipients who don't qualify for the $300 payments.

The state's Division of Workforce Services is using existing funding through the Temporary Assistance for Needy Families program — better known as welfare — to provide benefits to workers ineligible for Lost Wages Assistance.

Those who qualify would get benefits that, at a minimum, equal the benefits that workers get through the Lost Wages program.