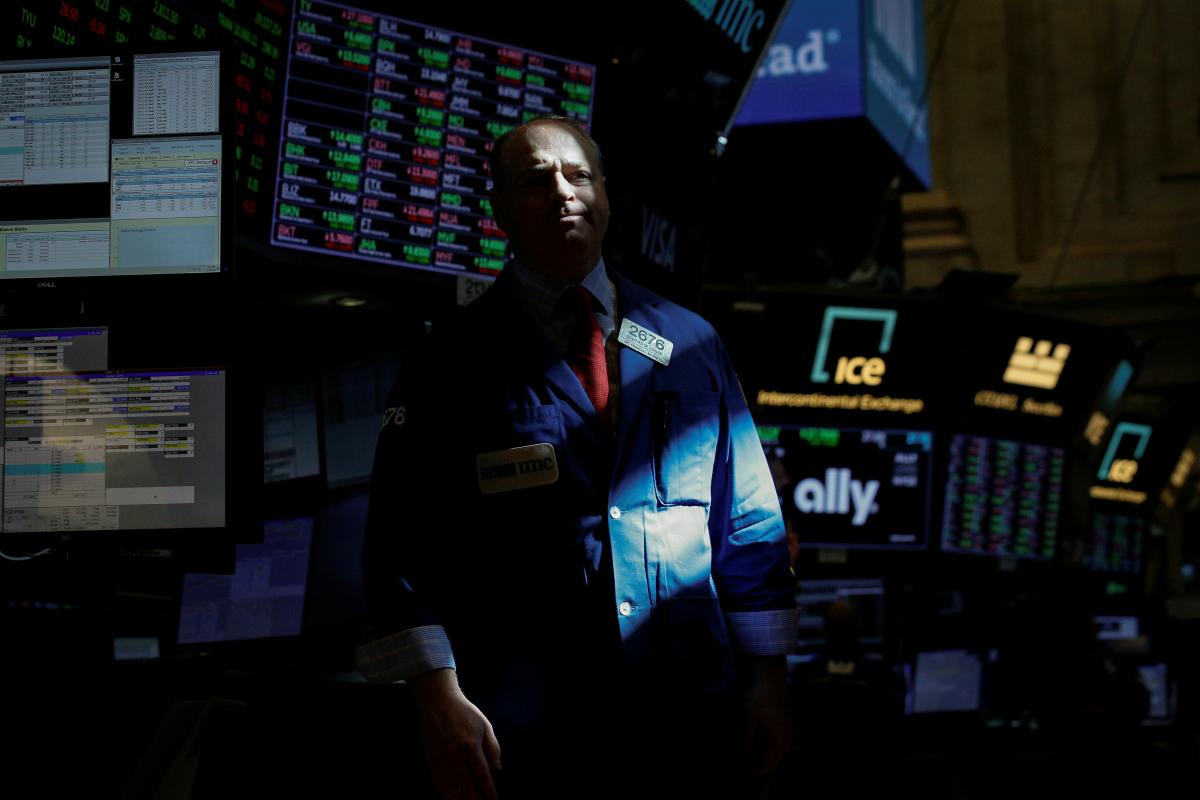 (Reuters) – U.S. stock index futures were flat on Monday as investors assessed the impact of an escalating trade conflict between the United States and China on corporate results in an earnings-heavy week.

A trader works on the floor of the New York Stock Exchange (NYSE) in New York, U.S., July 18, 2018. REUTERS/Brendan McDermid

While the threats and rhetoric between the countries intensify, some U.S. manufacturers have said the uncertainty related to tariffs was already hitting them and the effects have started showing in early quarterly reports.

Investors will be watching out for further signs of the fallout this week in earnings reports from 180 S&P 500 companies including Ford Motor (F.N), 3M Co (MMM.N) and Boeing (BA.N). The planemaker’s shares have fallen nearly 2 percent since the start of March.

Investors are also concerned that the U.S.-Sino trade war is spilling over to currency markets. The dollar hit a one-year high last week, which can eat into U.S. companies’ overseas revenue.

President Donald Trump has criticized the greenback’s strength, while accusing China of manipulating the yuan, which Beijing has denied.

“What started as a war on trade now appears to have grown a new set of roots with the seeds of a potential currency war now seemingly sown and threatening to break out,” Craig Nicol, a macro strategist at Deutsche Bank, said in a note.

Still, second-quarter earnings season has been healthy, with analysts’ profit growth forecast now at 22 percent, up from 20.7 percent on July 1, according to Thomson Reuters I/B/E/S.

About 84 percent of the 87 S&P 500 companies that have reported so far have topped profit expectations, compared with the average of 75 percent over the past four quarters.

Investors will also keep an eye on the bond market, where the yield on the U.S. 10-year Treasury note US10YT=RR hit a one-month high of 2.90 percent after Reuters reported that the Bank of Japan was discussing modifying its huge easing program.

Tesla’s shares (TSLA.O) fell 3.7 percent after the Wall Street Journal reported that the electric car maker has asked some suppliers to return a “meaningful” amount of what it has spent since 2016 to help it become profitable.

Hospital operator LifePoint Health (LPNT.O) surged 33.6 percent on agreeing to be bought by Apollo Global Management LLC (APO.N) in a deal valued at about $5.6 billion.

Syntel (SYNT.O) gained 3.6 percent after French IT services company Atos (ATOS.PA) said it would buy the U.S. IT services provider in a $3.4 billion cash deal.

On the macro front, economic data at 10 a.m. ET is expected to show existing home sales rose to 5.44 million units in June, after slipping 0.4 percent to a seasonally adjusted annual rate of 5.43 million units in May