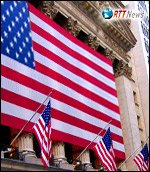 Following the rally seen in the previous session, stocks may see some further upside in early trading on Tuesday. The major index futures are currently pointing to a higher open for the markets, with the Dow futures up by 42 points.

The upward momentum on Wall Street comes as optimism about the upcoming earnings season has overshadowed recent trade concerns.

Financial giants Citigroup (C), JPMorgan Chase (JPM) and Wells Fargo (WFC) are due to report their quarterly results before the start of trading on Friday.

Another light day on the U.S. economic front may keep some traders on the sidelines, however, with closely watched reports on producer and consumer price inflation due to be released in the coming days.

The major European markets have also moved to the upside on the day. While the U.K.’s FTSE 100 Index has inched up by 0.1 percent, the German DAX Index is up by 0.3 percent and the French CAC 40 Index is up by 0.4 percent.