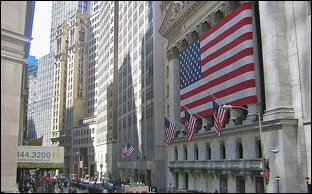 Following the pullback seen in the previous session, stocks showed a strong move back to the upside during trading on Thursday. With the rally on the day, the major averages more than offset the losses posted on Wednesday.

The rebound on Wall Street was partly due to optimism about the upcoming earnings season, with several leading financial companies due to report their quarterly results on Friday.

China vowed to take countermeasures in response to the new tariffs, although the markets responded positively to the lack of an announcement of specific retaliation by the Chinese.

Traders also seem optimistic the continued tariff threats will eventually bring the U.S. and China to the table for talks that could result in a long-term trade agreement.

On the U.S. economic front, the Labor Department released a report showing consumer prices edged slightly higher in the month of June.

While consumer prices showed only a modest monthly increase, the annual rate of growth still accelerated to a more than six-year high of 2.9 percent in June from 2.8 percent in May.

Core consumer price growth also edged up to 2.3 percent in June from 2.2 percent in May, reaching its highest level since January of 2017.

A separate report from the Labor Department showed first-time claims for unemployment benefits fell by more than expected in the week ended July 7th.

Telecom stocks showed a significant rebound on the day, with the NYSE Arca Telecom Index climbing by 1.8 percent after falling by 1.7 percent in the previous session.

Considerable strength was also visible among biotechnology stocks, as reflected by the 1.7 percent gain posted by the NYSE Arca Biotechnology Index. With the advance, the index reached a record closing high.

Pharmaceutical, healthcare, and steel stocks also saw notable strength on the day, moving higher along with most of the other major sectors.

The major European markets also moved back to the upside on the day. While the French CAC 40 Index jumped by 1 percent, the U.K.’s FTSE 100 Index advanced by 0.8 percent and the German DAX Index climbed by 0.6 percent.

In the bond market, treasuries saw modest weakness but closed off their worst levels of the day. As a result, the yield on the benchmark ten-year note, which moves opposite of its price, inched up by 1.1 basis points to 2.853 percent.

Earnings news is likely to move into the spotlight on Friday, with financial giants Citigroup (C), JPMorgan Chase (JPM), and Wells Fargo (WFC) due to report their quarterly results before the start of trading.

The earnings news may overshadow reports on import and export prices and consumer sentiment, although traders are also likely to keep an eye on any further developments regarding trade.