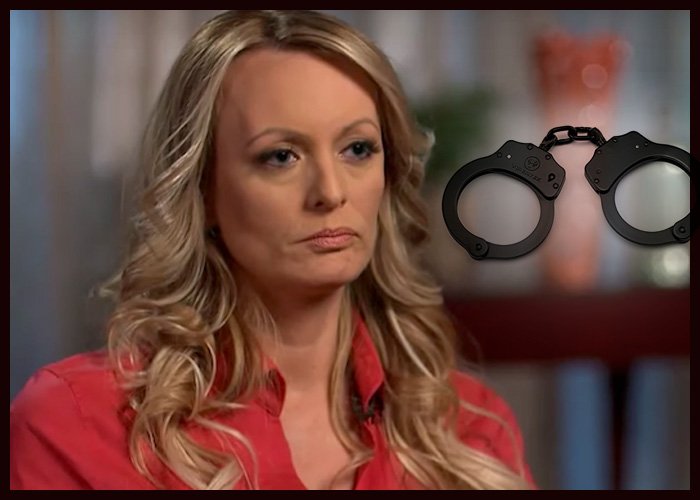 Her attorney alleged that the arrest is politically motivated, and vowed to fight “all bogus charges.”

Daniels was arrested for allegedly letting a customer touch her on stage “in a non-sexual manner”, Michael Avenatti said on Twitter.

“They are devoting law enforcement resources to sting operations for this? There has to be higher priorities,” he tweeted.

He wondered why Daniels was arrested while “performing the same act she has performed across the nation at nearly a hundred strip clubs.”

Daniels was released Thursday morning after she posted a $6,054 bail.

Avenatti said his client will issue a plea of “Not Guilty” to the three misdemeanor charges.

He said he will discuss in detail what happened in “the last 10 hours” in MSNBC Live with Stephanie Ruhle Thursday morning.

CBS, CNN, and NBC News have posted a video on social media of police taking Daniels away in handcuffs.

Daniels, whose real name is Stephanie Clifford, claims to have had sex with Trump in 2006, and has filed two lawsuits against him.

That clarification ran counter to previous statements from Trump that he did not know about the payment, and denied Daniels’ claims of an affair with him.

The billionaire-turned politician says the Non-Disclosure Agreement was designed to stop Daniels from making “false and extortionist” statements.