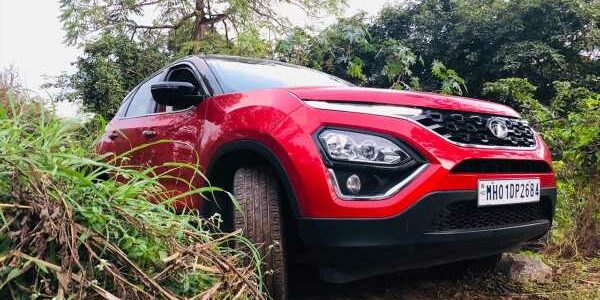 Long have I waited for a car to replace the Tata Safari feel in driving, and this updated version of the Tata Harrier is just IT, exclaims Rajesh Karkera/Rediff.com. 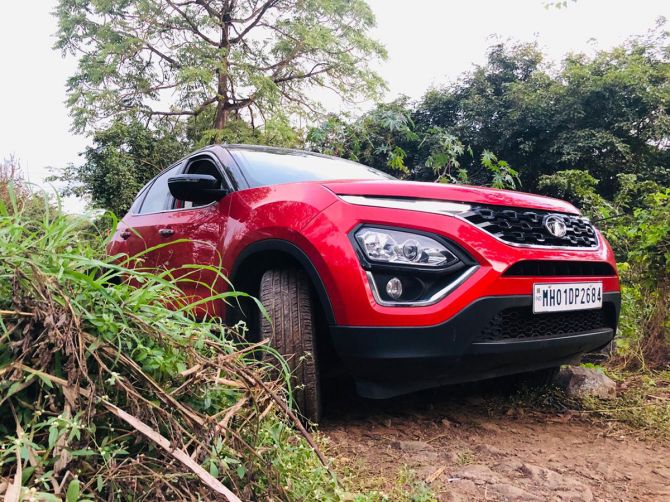 The high driving position, the comfortable seats and the no-fatigue driving experience make this nothing less than the next-gen Safari as far as driving is concerned.

The Tata Harrier was launched in 2019 and at that time only in manual option. It had its nicks. But the Tatas heard the customers, read the reviews and gave us the updated BSVI Tata Harrier 2020. The way it should have been at the launch.

Updated not just in its BSVI avatar. But updated as in power, in fit and finish, and comfort.

This version of the Harrier now churns out a whopping 170PS of power, is ultra comfortable and is packed with features. The biggest one being the panoramic sunroof, which makes us feel that the car is much much bigger inside than it actually is. The Harrier has always been a good looking SUV, sticking to the concept version the H5X which made its debut at the 2018 Auto Expo in Noida.

Surprisingly, there’s not much change between the concept that Tata Motors had unveiled in 2018. Which is normally not the case.

Normally a concept and the actual production car that a company comes out with are miles apart. But the Harrier is just the opposite.

Now let’s take a look at its looks, exteriors and interiors in the video below.

Built on the Landrover’s architecture, the Harrier is the first car to be built using Tata Motor’s new Impact 2.0 design.

Tata Motors has set a new standard for every vehicle which will follow now. The Harrier being the first, followed by the Altroz which is a stunner on the roads too. 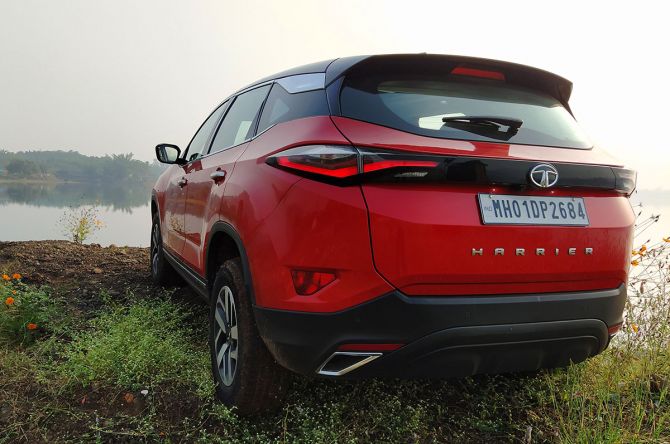 True to its name, the Harrier (named after a species of hawks) runs low on the ground and sits flat on the roads, gripping it with barely any body roll for its size.

A huge SUV which somehow feels like there is even more space inside than what you see from the exterior as you step in. Five adults easily have enough legroom and shoulder room for long, stress-free journeys.

And here’s what it feels like to drive the all-new Harrier, with its 170PS of power (below).

But nothing can be all that good. So here are the negatives that I could make out.

The first one being — when you drive the Harrier in manual mode and you shift from one gear to the other, the display on the MID takes about two to three seconds to show that you have changed gears.

While driving in manual mode one misses the paddle shifts in the Harrier which would have been perfect for the vehicle. The manual mode is best for climbing ghats.

And the second thing that bugged me was the connectivity with Android auto as well as Apple car play.

While connected, after you answer a phone call, the audio of your music reconnects even as it shows on the display that the music app is connected and even shows the current song. But it simply refuses to play.

You have to then remove the USB cable and plug it in again for the music to resume.

Now, this could just be in need of a software update. Or maybe the issue was just in this particular car I got to drive.

Not a deal-breaker though.

And the third and last con.. Well, see the video above for it:) 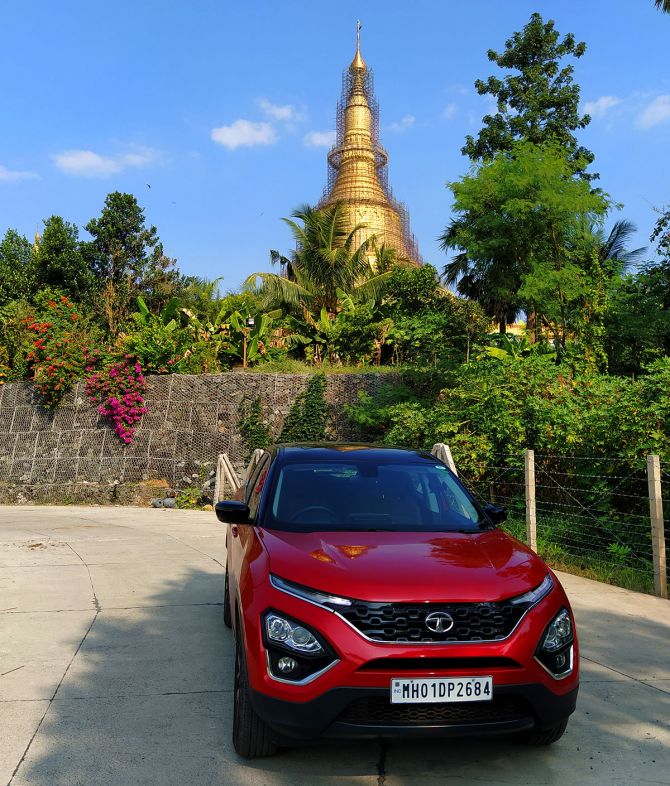 The Harrier is indeed a fantastic buy for all that it gives.

But it comes only in the diesel version and the on-road Mumbai price starts at ₹ 16.81 Lakh. And here’s the thing — it comes in 23 variants!

Yes, 23, with the addition of the new CAMO variant which is a camouflage green colour on the all-new Harrier 2020.