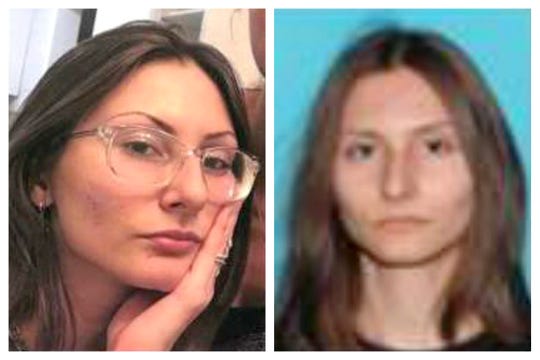 The Florida teenager who made a credible threat to Denver-area schools and was found dead Wednesday appears to have researched the state’s gun laws before traveling from Miami.

Sol Pais, 18, of Surfside, Fla., legally purchased a pump-action shotgun and ammunition at a federally licensed dealer in Colorado this week, according to police. She would have been barred from doing so in her home state.

Federal law requires purchasers to be at least 21 to buy a handgun from a licensed dealer, but only 18 in most cases to buy a long gun, including rifles or shotguns. Some states, including Florida, require purchasers to be 21 to purchase long guns. Colorado has no such restriction.

Representatives from the Colorado gun shop that sold the firearm to Pais said Wednesday that the woman passed a background check from both the FBI and the Colorado Bureau of Investigation.

“We had no reason to suspect she was a threat to either herself or anyone else,” Josh Rayburn, owner of Colorado Gun Broker wrote. “We are very sorry to hear of the outcome in this situation. It is never good when someone loses their life. We are praying for her family. And are very thankful this situation did not escalate into a public tragedy.”

Still, authorities said no state or federal law restricted the Florida teenager from purchasing the shotgun after passing a background check. However, there are conflicting legal opinions about the purchase due to language in the federal law that says a licensee can sell a shotgun or rifle to an out-of-state resident “provided the transaction complies with state law in the state where the licensee is located and in the state where the purchaser resides.”

If Pais had no disqualifying felony criminal record or mental health holds, she could have walked out of the shop in minutes, said Kyleanne Hunter, vice president of programs at the Brady Campaign to Prevent Gun Violence.

“The vast majority of background checks are done within three minutes. And we believe young people tend to pass them more quickly because they’ve generated fewer records to review,” Hunter said. “Florida raised its age to 21, and there’s lots of discussion nationwide about whether we should make it that age for all guns.”

Colorado also has no waiting periods for either handguns or long gun purchases that some states require as a “cooling off” period to prevent impulsive acts of violence or suicide. There is no federal waiting period.

Nine states and the District of Columbia have waiting periods that apply to some or all firearm purchases, according to the Giffords Law Center.

In 2013, Colorado passed a comprehensive background check policy that extends to private party firearm sales, including gun shows. Private purchasers must use a license dealer to authorize the transfer after submitting a background check to the state’s bureau of investigation and paying a $10 fee.

Someone using a screen name linked to Pais wrote on a gun forum earlier this year she was traveling from Miami to Colorado and wanted to learn the rules for purchasing a firearm.

“Is it legal for me as a Florida resident to purchase a shotgun in Colorado? I’m 18 years old too, if it’s important. Thank you for reading, I appreciate any response!” the poster wrote.

Other users on the site offered advice, including that she could purchase the firearm legally from a shop with her Florida driver’s license.

USA TODAY was unable to independently confirm the identities of the posters.