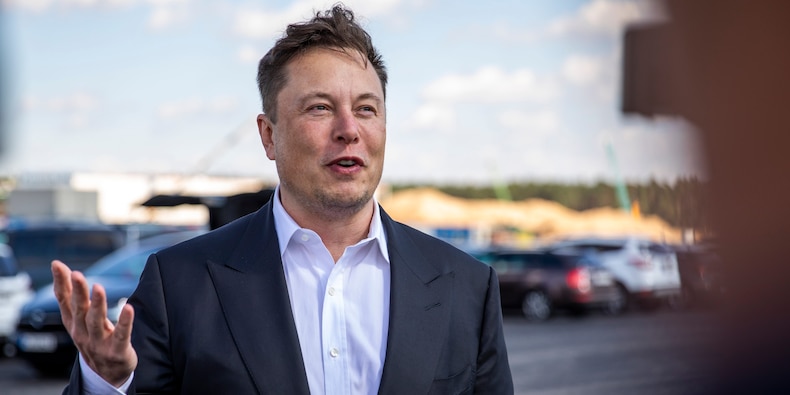 Tesla stock is soaring after posting record quarterly delivery figures and landing continued support from analysts, but not everyone on the Street believes in the EV maker.

GLJ Research CEO Gordon Johnson told CNBC on Monday that he wasn’t impressed by Tesla’s recent delivery figures. The CEO holds a $67 price target on shares of the EV leader.

Johnson argued Tesla is “barely growing” despite “15 price cuts in the first quarter of this year” in his interview with CNBC’s Morgan Brennan and Loop Ventures’ Gene Munster.

The stock research chief said that “year-over-year growth is irrelevant” at Tesla due to changing sales patterns and a Chinese rollout and noted that the EV maker turned in just 2% sequential growth from the fourth quarter of last year to the first quarter of this year.

According to Johnson, Tesla “picked the low hanging fruit of entering the world’s largest three auto markets, US, China, Europe, and their sales grew just 2% quarter over quarter, despite 15 price cuts in the first quarter this year, 18 price cuts in total last year, and 52,500 more cars of capacity sold. “

Johnson also noted that Tesla sold “significantly less higher-margin S and X cars and significantly more lower margin model 3 and Y cars in the quarter.” According to the CEO, that could mean a $300 to $500 million hit to the company’s bottom line.

“So you’re looking at a company, a high growth company, that’s barely growing, is losing more money doing so, and is going to see all of its credit sales disappear next year,” Johnson said. “We see that as a big problem.”

Johnson was referring to tax credits that Tesla buyers receive for purchasing an electric, emissions-free vehicle. The credits are set to disappear in 2022, but some analysts believe President Joe Biden’s $2.3 trillion infrastructure plan will restore them before that happens.

Johnson also compared Tesla to Volkswagen in the interview, arguing Tesla’s current valuation doesn’t make any sense in relation to its peers.

Tesla is valued at close to $700 billion despite selling just 184,000 cars in the first quarter, while VW sells about 2.5 million cars a quarter and is valued at roughly $140 billion.

Some say Tesla’s valuation is based on its growth, but with the EV maker growing sales at just 2% sequentially, Johnson said he doesn’t “know what people are talking about when they say this is transformational growth.”

Read more: RBC says to buy these 30 high-conviction stocks that represent its analysts’ top global ideas for 2021 amid an economic reopening and rising inflation expectations

Gene Munster, Loup Ventures founder, commented after Johnson’s argument and said that he believes it’s unfair to look at sequential growth due to the first quarter being a “seasonally light quarter.”

Munster said he believes competition is the biggest risk to Tesla, but as long as the “value of car exceeds the competition” that Tesla will be able to “continue to have a measurable piece of a massive total addressable market.”

Dan Ives of Wedbush put out a note on Monday upgrading Tesla to an “outperform” rating and tagging a $1000 price target on the EV giant.