Home » The best new books of May 2021, according to Amazon's editors 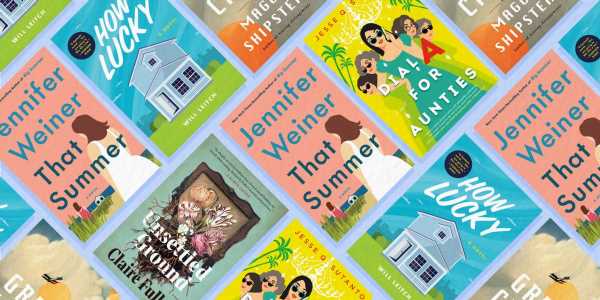 The best new books of May 2021, according to Amazon's editors

If you buy through our links, we may earn money from affiliate partners. Learn more.

May is here, bringing countless new titles to sink your teeth into as you head to the park or backyard. Thankfully, Amazon’s book editors have combed through this month’s vast book selection to narrow down their top 12 choices.

As usual, the list encompasses many different genres, authors, and perspectives. This month’s top pick, “Great Circle,” profiles the life of fictional travel enthusiast Marian Graves and actor Hadley Baxter, who is set to portray Marian in an upcoming biopic.

Other May reads include thrilling sci-fi space missions, a fictional take on the Me Too movement, and a novel recounting twins’ experience in the wake of losing their mother.

Captions have been provided by Amazon’s book editors. 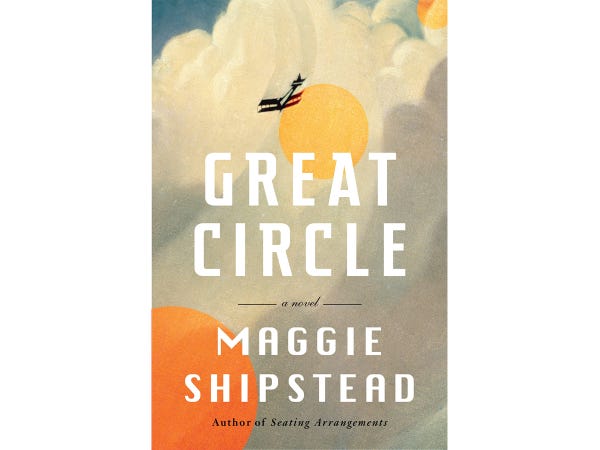 At a young age, Marian Graves becomes obsessed with flying, and she’ll do whatever it takes to get into the sky and circumnavigate the globe. She knows her dream will come at a cost, but just how much is she willing to give up? Fast forward 100 years, and Hadley Baxter is remaking herself in Hollywood as the role of Marian Graves in a Hollywood bio-epic. From Montana to Los Angeles, London to New Zealand, “Great Circle” follows these two women who yearn for adventure and freedom, and like flying, it’s the thrill of the century. —Al Woodworth

'Punch Me Up to the Gods' by Brian Broome 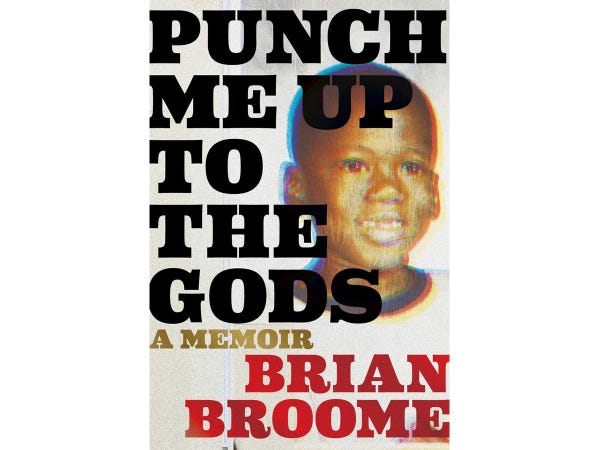 Brian Broome did not have it easy growing up poor, gay, and Black in Ohio in the late ’70s and early ’80s. His memories of the horrors of racism, homophobia, and addiction that he lived through are wretched — I can almost guarantee that your eyes will prick with tears, your stomach will turn in knots, and your jaw will clench in anger as you read. But throughout this memoir, Broome’s humor and grace is a beacon of light, and his willingness to investigate his own personhood and let it shine is a real joy. —Al Woodworth 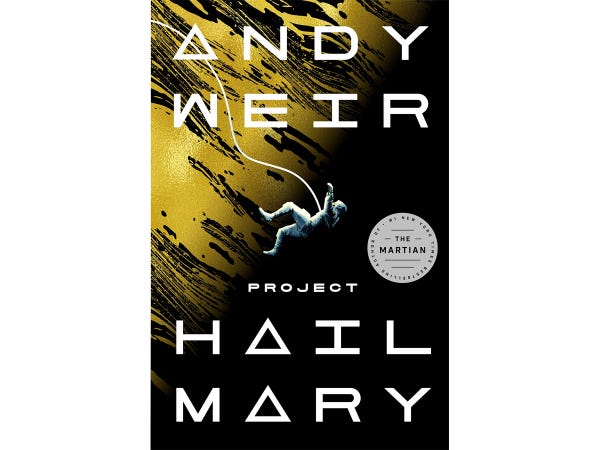 As Ryland Grace awakens from a coma, he doesn’t know who he is or where he is, but a mix of calculations, deductions, and slowly returning memories enlightens him: He’s a junior high school science teacher on a small space ship. His mission? Save Earth. As in “The Martian,” Weir makes science and problem solving not only cool but absolutely essential to survival, delivering an electrifying space adventure that yanks at both the gut and the heart strings.—Adrian Liang

'The Wreckage of my Presence' by Casey Wilson 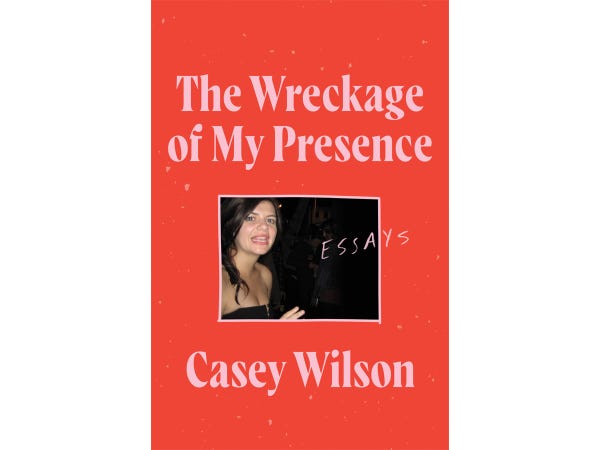 Readers will be grateful “SNL” alum, actress and podcaster, Casey Wilson, leaves us with the emotional wreckage of her presence via essays that volley wildly between the profound and the absurd. There’s an undercurrent of grief that runs throughout (Wilson’s mother died unexpectedly when she was 25). And what ties this collection together are the ways in which our loved ones, and the “Real Housewives” franchise, get us through. In these trying times, it’s hilarious and heartfelt books like this that will help get you through, too. —Erin Kodicek

'Dial A for Aunties' by Jesse Q. Sutanto 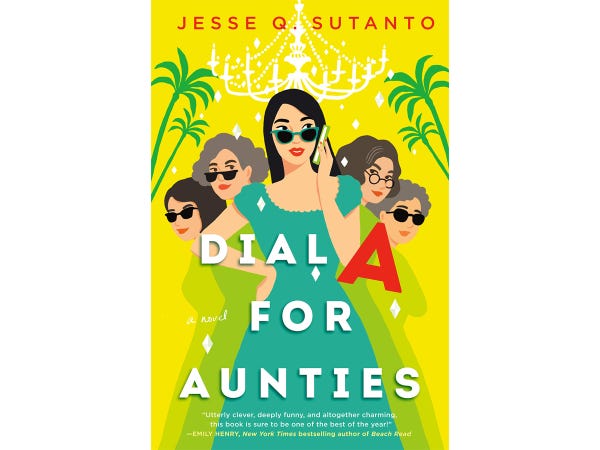 An ancient curse causes men to leave the Chan women so the family tries to outrun fate by moving to California and setting up a wedding business. But the curse catches up with Meddy Chan, triggering a hilarious chain of events this alarmingly pragmatic and devilishly inventive family must contend with. With a winning mix of Chinese culture, filial duty, murder, romance, and buttercream frosting, “Dial A for Aunties” proves one of the most fun reads of the year so far. —Vannessa Cronin

'That Summer' by Jennifer Weiner 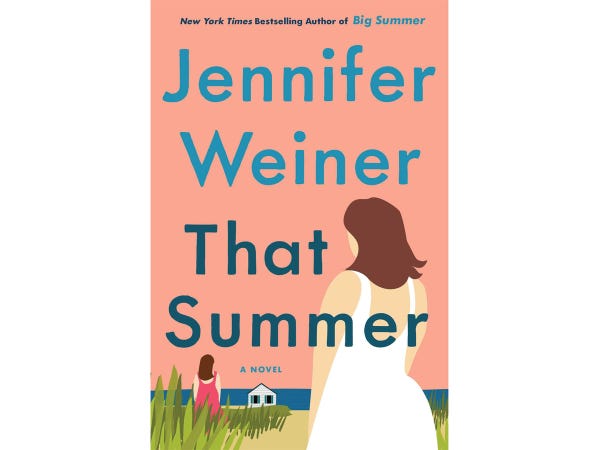 With a title like “That Summer” and a cover resplendent with a beachy scene, readers may expect a light and fluffy summer read in Weiner’s latest. “That Summer” is not that book, and in this reader’s eyes, that is a very good thing. Daisy Shoemaker starts receiving emails intended for a stranger named Diana with a very similar address. In the process of clearing up the confusion, a friendship is forged. But Diana is keeping a secret from her past, and Daisy is an unknowing party in Diana’s revenge plan. “That Summer” is a powerful and insightful book about the #metoo movement, friendship and family, and the role of men and women. —Sarah Gelman 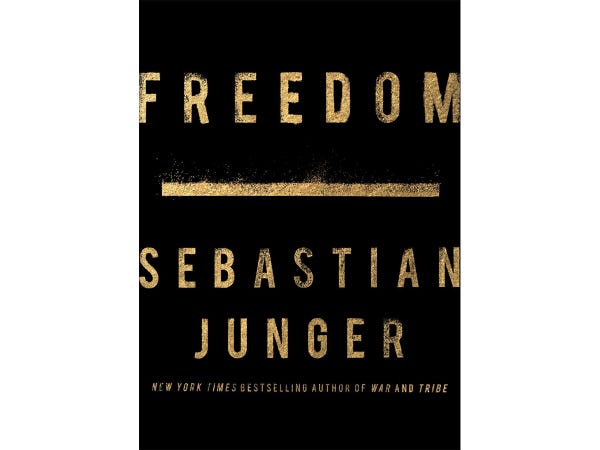 “Freedom” is an account of Junger’s 400-mile journey walking along the railroad tracks from Washington to Pennsylvania accompanied by two Afghan War vets, a conflict photographer, and a dog. They walked to untether themselves from their modern lives and explore freedom: its meanings, why we want it, and what people have been willing to do to get it. Junger writes about the act of walking for hundreds of miles and sleeping rough; how it feels in your body, your mind, your soul; he writes about Geronimo, nomads, and criminal “one-percenters.” I could go on and on, but instead I will simply urge you to take the captivating journey of reading “Freedom” for yourself. —Seira Wilson 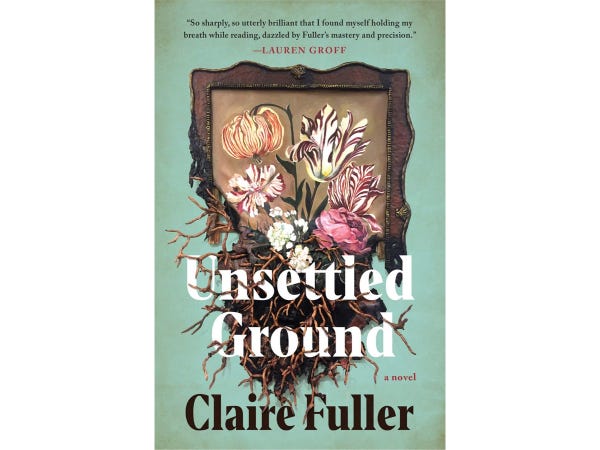 In Fuller’s latest, Jeanie and Julius are 51-year-old twins living in what they consider to be simple splendor. They share a cottage with their mother Dot, where they sing folk songs, eat from their garden, and eschew most modern technology. But when Dot dies, the siblings are quickly exposed to a different reality, and just as they seem destined to find their footing, they begin to uncover a trail of lies their mother had been maintaining. Fuller has a gift for capturing the good feeling of life—that warm pocket that family can create—and she has an equal gift for showing how fragile the structures are that hold it together. —Chris Schluep

'How Lucky' by Will Leitch 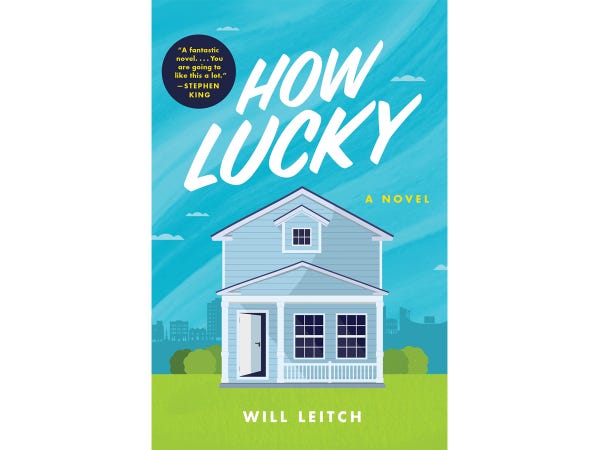 It sounds like an updated take on “Rear Window:” a wheelchair-bound man witnesses a kidnapping outside his window and tries to help. But “How Lucky” gives that plot a thrilling new shape with a narrator unlike any other: Daniel, a young man with a degenerative disease that has left him unable to move or communicate except by head taps. When he hears that a girl he saw get into an old Camaro outside his home has been reported missing, he is compelled to try to share what he knows about her disappearance. Funny, poignant, with high stakes suspense, and a rivetingly authentic portrait of what it’s like to live trapped inside your own body, “How Lucky” is utterly fabulous. —Vannessa Cronin

'The Plot' by Jean Hanff Korelitz 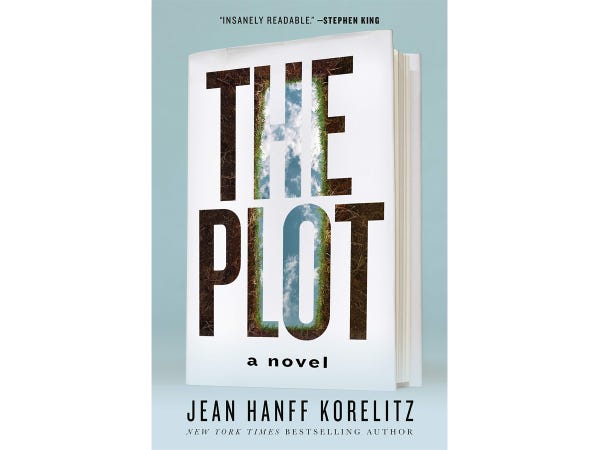 Jean Hanff Korelitz’s riveting novel is a story within a story that is a Rubik’s Cube of twists. Jake Finch Bonner is living a life he never expected. Instead of fame and fortune, this once-promising young author is teaching MFA seminars at an obscure university and barely making ends meet. Then abrasive, self-important Evan Parker arrives in his class with a one-of-a-kind plot he’s confident will rocket him to the kind of success Jake covets. And once Jake hears that story, he knows Evan is right…Korelitz’s psychological thriller keeps the reader guessing even when the answers seem clear, and when the final piece clicks into place, what you see is the last thing you’d expect. —Seira Wilson

'The Last Thing he Told Me' by Laura Dave 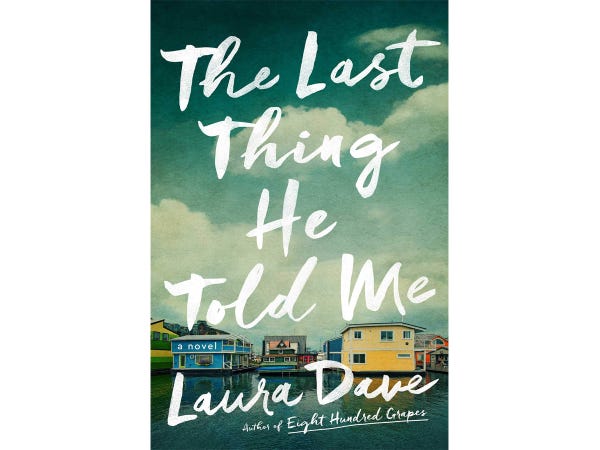 The day the feds raid his high-tech firm, Owen disappears and leaves behind his new wife, Hannah, with $600,000 in cash, his sullen teenager Bailey, and a hand-scrawled note: “Protect her.” The rapid-fire pacing never lets up as Hannah delves into Owen’s past and excavates layer after layer of lies, discovering truths even Bailey never knew — as well as a lethal enemy. Interweaving the complex family relationships of “Little Fires Everywhere” with the suspenseful twists of “Big Little Lies”, “The Last Thing He Told Me” will trigger goosebumps and tears as you flip pages like mad to see how Hannah will handle the bombshells lurking in Bailey’s past. —Adrian Liang 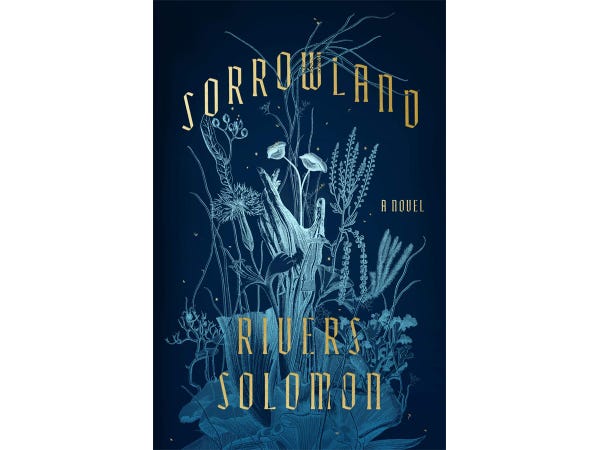 When Vern flees Cainland, the religious cult where she was raised, she is pregnant and desperate, but she might also finally be on the path to freedom. She gives birth to twins, raising them deep in the forest, until a confrontation with a being she calls “the fiend” drives her to leave and seek answers about her past. You will not meet a more memorable protagonist than Vern; this young Black albino intersex mother lights up the novel. So does Rivers Solomon’s writing. “Sorrowland” is literature, horror, and fantasy—and the ideas and imagery packed into this book could fill half a dozen other novels.—Chris Schluep

You can purchase syndication rights to this story here.

Disclosure: This post is brought to you by the Insider Reviews team. We highlight products and services you might find interesting. If you buy them, we get a small share of the revenue from the sale from our commerce partners. We frequently receive products free of charge from manufacturers to test. This does not drive our decision as to whether or not a product is featured or recommended. We operate independently from our advertising sales team. We welcome your feedback. Email us at [email protected]