Home » Business » The bull market in stocks is heading into its second year, and history suggests a 17% gain could be in store

The bull market in stocks is heading into its second year, and history suggests a 17% gain could be in store 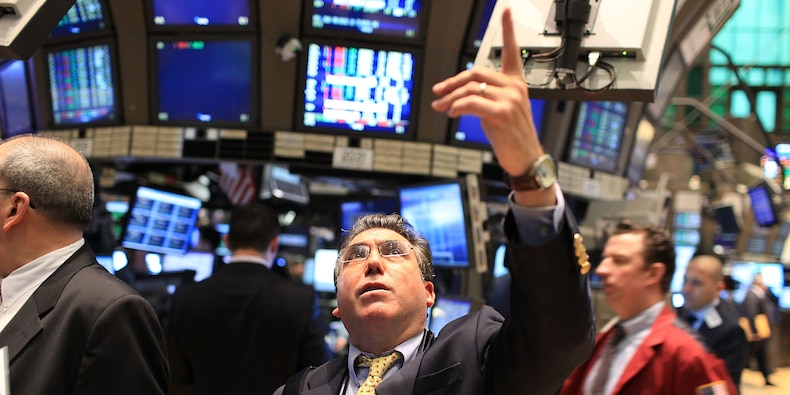 It's been one year since the stock market found its bottom amid the fastest bear market on record, in which the S&P 500 fell more than 30% amid the COVID-19 pandemic.

One year later, the bull market in stocks is alive and well, with the S&P 500 rising as much as 75% to new record highs since the bear market low on March 23, 2020. That's the strongest start to a new bull market on record, according to data from LPL.

Now entering its second year, the bull market will likely build upon its gains and continue to move higher with some volatile swings along the way, according to a Monday note from LPL.

Since World War II, bull markets that began after a sharp bear market decline of more than 30% saw average second year gains of 17%, LPL highlighted. But a pickup in volatility is likely, with an average 10% sell-off in the second year of a bull market, according to historical data analyzed by the firm.

The bull market that began in 2009 saw a similar start to the current bull run, gaining 69% in its first year. In its second year, stocks managed to gain 16% despite suffering a brief 17% sell-off.

"Considering the current bull market reflected the best start to a bull market ever, this could open the door for an above-average pullback during year two," LPL said.

If an above-average pullback does occur during the second year of the current bull market, LPL recommends investors consider "buying the dip". The firm has high confidence in stocks due to the current pace of vaccine distribution, fiscal and monetary stimulus, and a robust economic recovery.

And as to whether a rise in interest rates will lead to a large contraction in stock valuations, "we see that as unlikely," LPL said. The firm reiterated its year-end S&P 500 price target of 4,100, representing potential upside of 5% from Friday's close.