Home » Business » The Election and the Latinx Vote

The 60-million strong Latinx community in the U.S. is playing an ever-larger role in the nation — commanding the attention of brands and at least some of the political set.

And when it comes to the polls this November, it will be the economy that’s front and center for the group, according to the Pew Research Center.

A survey conducted by Pew in August found that eight in 10 registered Latinx voters rated the economy as “very important” to their vote — the most important top of the 12 issues in the survey.

While the epic recession that has followed the COVID-19 shutdown is on the top of nearly everyone’s mind — and all the time — there are some important differences in attitude between the 32 million Latinx citizens who are eligible to vote this year and U.S. voters overall.

But instead of trying to bring in Latinx voters, President Trump has generally sought to play to his white base and stoke racial divides. He began his journey to the Oval Office by declaring Mexicans who come to the U.S. bring trouble. “They’re bringing drugs. They’re bringing crime. They’re rapists. And some, I assume, are good people,” Trump said.

In turn, Latinx voters are also more critical of Trump’s handling of COVID-19 than the country at large.

“Roughly a third (32 percent) of Hispanic voters give a positive rating to President Trump’s response to the coronavirus, while a slightly higher share of U.S. voters (38 percent) say the same,” Pew said. 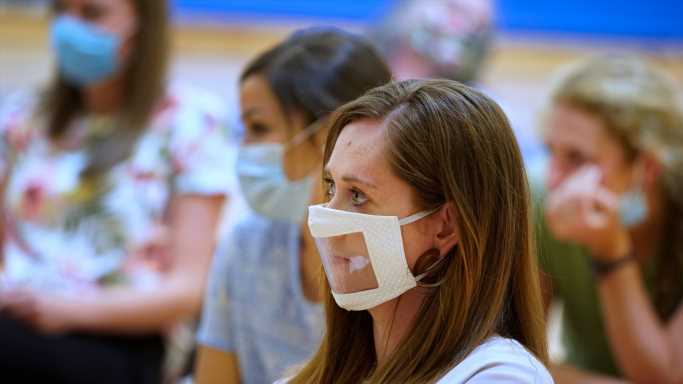