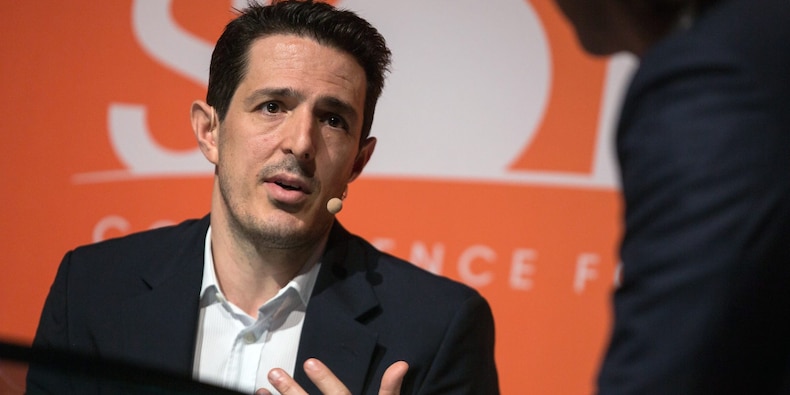 Melvin Capital, the hedge fund at the heart of the GameStop frenzy that lost more than 50% in January, is facing nine lawsuits from retail investors who alleged a conspiracy to limit trading caused them to lose money.

Founded by star portfolio manager Gabe Plotkin, Melvin Capital revealed the lawsuits during its annual ADV filing with the US Securities and Exchange Commission, as first reported by Institutional Investor.

Melvin and others are facing lawsuits as a result of the short-squeeze drama, filed on behalf of investors in New York, California, Virginia, Illinois, and Texas, according to Institutional Investor.

One purported class-action lawsuit, filed Feb. 8 in the New York, said that buying restrictions were only imposed on retail investors, not institutions.

New York-based Melvin Capital at the start of the year found itself at the center of the GameStop short-squeeze saga as an army of Reddit day traders sparred with hedge funds to push shares of the video-game retailer to intraday highs over $450.

But as the stock skyrocketed, various retail brokerages restricted buying of GameStop stock, among other Reddit darlings targeted by short sellers

Robinhood, popular among younger investors, restricted buying on 13 stocks, including GameStop and AMC Entertainment, on January 28.

Read more: Hedge funds are ramping up bets against Chamath Palihapitiya’s SPACs and have already taken home $40 million this year. Here’s a detailed look at the wagers they’re making.

The move caused an uproar not only from retail investors but from lawmakers and regulators, leading to two congressional hearings thus far led by the Chairwoman of the House Committee on Financial Services, Maxine Waters.

Melvin Capital lost a stunning 53% throughout the entire saga- $460 million of which was Plotkin’s personally, Bloomberg reported. The hedge fund said it closed its short position in GameStop on January 27.

Plotkin during the February hearing defended his short position, adding it was never was part of an effort to “artificially depress or manipulate downward the price of a stock.”

Tenev also, through a blog post, said that Robinhood blocked purchases for some stocks to order to meet deposit requirements from clearinghouses registered with the SEC.

“As soon as those emails went out, the conspiracy theories immediately started coming,” Tenev said in a podcast interview in February. “So, my phone was blowing up with, ‘How could you do this? How could you be on the side of the hedge funds?'”

Read more: Cowen says buy these 10 retail stocks before a colossal wave of consumer spending sends them skyrocketing – including one expected to surge 71%