Home » Business » The S&P 500 has rebounded 76% since its lowest point in the pandemic crash one year ago today. 2 experts unpack an unprecedented year filled with virus-driven volatility.

The S&P 500 has rebounded 76% since its lowest point in the pandemic crash one year ago today. 2 experts unpack an unprecedented year filled with virus-driven volatility. 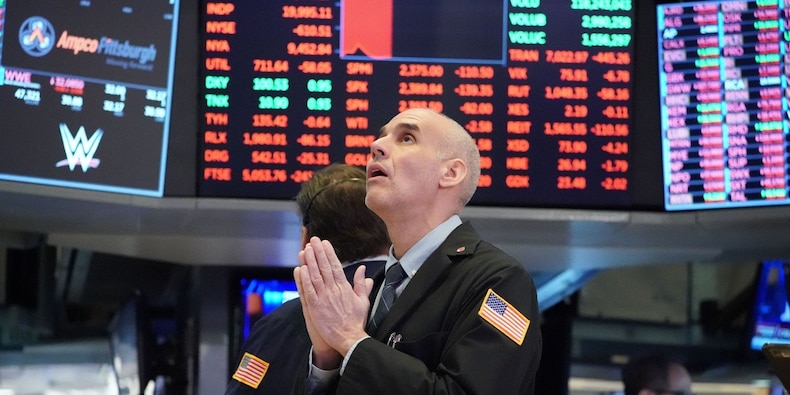 One year ago today, the S&P 500 reached its lowest point in the coronavirus-induced market crash. The benchmark index bottomed out at 2,237 on March 23, 2020, following some of the largest down days in market history.

On March 16, the S&P 500 dropped 12%, the same day the stock market's "fear gauge," -the Cboe VIX volatility index- closed at a record high. Insider spoke with two analysts to unpack a rollercoaster year for financial markets.

"There was almost a sense of numbness to the continued volatility, but because of the uniqueness of the crisis, there was also a real sense of 'how low can we go?'" said Ross Mayfield, a Baird investment strategy analyst. "It was also coupled with the panic in the real world – grocery shelves were ransacked, the streets were empty, and there was a real fear amongst most people I talked to."

Megan Horneman, director of portfolio strategy of Verdence Capital Advisors, said her team tried to focus on the buying opportunity presented instead of worrying about the collapse of the financial markets at the height of the crash last year.

"We added equity exposure and credit exposure throughout March 2020 because we knew the government would be pumping trillions of dollars into the economy to get us through the self-inflicted recession," she told Insider.

By early June, the S&P 500 was back within a few percentage points of all-time highs.

"The surprise was in the strength of the rebound," Mayfield said. "Almost everyone figured it had to crash again or retest the lows, and it just never did (even as the pandemic worsened into the summer)."

While the S&P 500 saw a healthy rebound, investors also began to pour their cash into more speculative assets. Horneman said one of the most surprising parts of the market rebound was witnessing how "massive liquidity can fuel speculation." She cited the GameStop rally and bitcoin's nearly 800% run-up as two examples of cash-fueled investors stepping out further on the risk curve in 2020.

Horneman has now seen a shift in market sentiment. While the initial rebound was driven by low rates and stimulus, now stocks have been guided by optimism around the rollout of the vaccine and reopening of the economy. This can be seen by the rotation from stay-at-home tech stocks into stocks that hinge on a reopening, like travel and entertainment names.

The S&P 500 has now gained 76% since its lowest point one year ago. The analysts expect the next leg of the rally to continue to be supported by stimulus and accommodative policy from the Fed, but they also see economic growth driving the market higher.

"In the end the most supportive factor will be the reopening of the global economy. We have the cure, the vaccine," said Horneman." Once we can reopen the global economy we will be left with massive stimulus, healthy corporate and consumer balance sheets and substantial pent up demand. This should lead to a multi-year acceleration in economic growth."