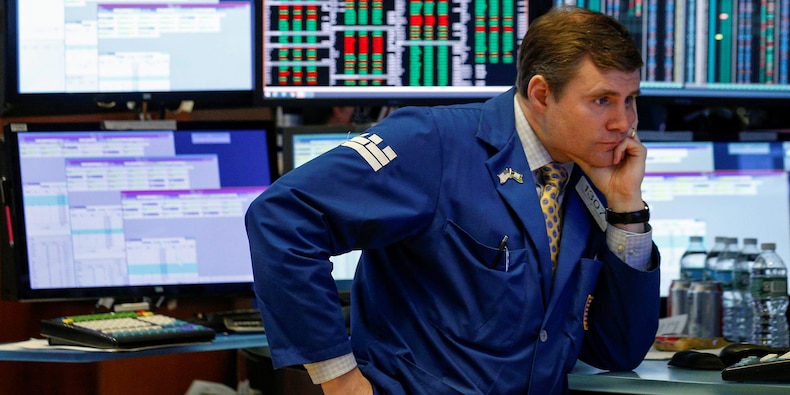 In the weeks leading up to the presidential election, the prospect of a so-called Blue Wave emboldened traders looking for another round of stimulus. The thinking was that under a unified government, the path would be cleared for Democrats to pass sizable relief and further catalyze an economic recovery from pandemic lows.

But as election results came pouring in, hopes of a Blue Wave were all but dashed. Although it’s still too early to definitively say the Republicans will retain control of the Senate, that’s the direction where we appear to be headed. The too-close-to-call nature of the presidential race is also complicating matters.

That leaves economists and investors alike scratching their heads, wondering what’s next. For some experts, the outcome means the economy – and, by extension, the stock market – is barreling towards a worst-case scenario of sorts.

In a note to clients first viewed by the New York Times, Berenberg Bank chief economist Holger Schmieding said the combination of a Joe Biden presidential victory and a Republican Senate would result in the smallest possible stimulus package.

That would carry major implications for the stock market, which has seen much of its strength in recent weeks driven by the prospect of large imminent stimulus. Some pundits even went as far as to say equities would rally regardless of the presidential victor because either option would ensure more economic relief – and many fund managers positioned accordingly.

Read more: Iconiq Capital, which counts some of the world’s most influential families as clients, broke down the investment implications of the US election. Here are the highlights of it’s 23-page presentation.

But the possibility of a divided government – previously seen by many as a low-probability outcome – has thrown a wrench into this. Investors across Wall Street who prepared for a Blue Wave will now have to adjust their portfolios. And since stock-buying was such a big part of those trades, selling could be in the cards.

With that established, it must be noted that major US stock indexes were sharply higher on Wednesday, particularly the tech-heavy Nasdaq Composite index, which spiked roughly 3%.

This price movement matches a forecast recently made by Tom Lee, managing partner and head of research at Fundstrat Global Advisors. Lee said in late October that stocks would climb even in the event of a contested election, because any further delay in stimulus would be backstopped by Federal Reserve intervention.

Ultimately, grand conclusions can’t be reached after just a few hours of trading, and there are still many different election scenarios that could play out and exert market influence. But with Wall Street’s beloved Blue Wave on life support, there’s no denying that the road to more stimulus just got markedly more complicated.

Read more: Famed economist David Rosenberg told us 4 crucial trends won’t change no matter how the elections go. Here’s how to invest in them all.