Home » Business » Top Alzheimer’s researchers report near-100 drugs in key trials, and hopes for a breakthrough 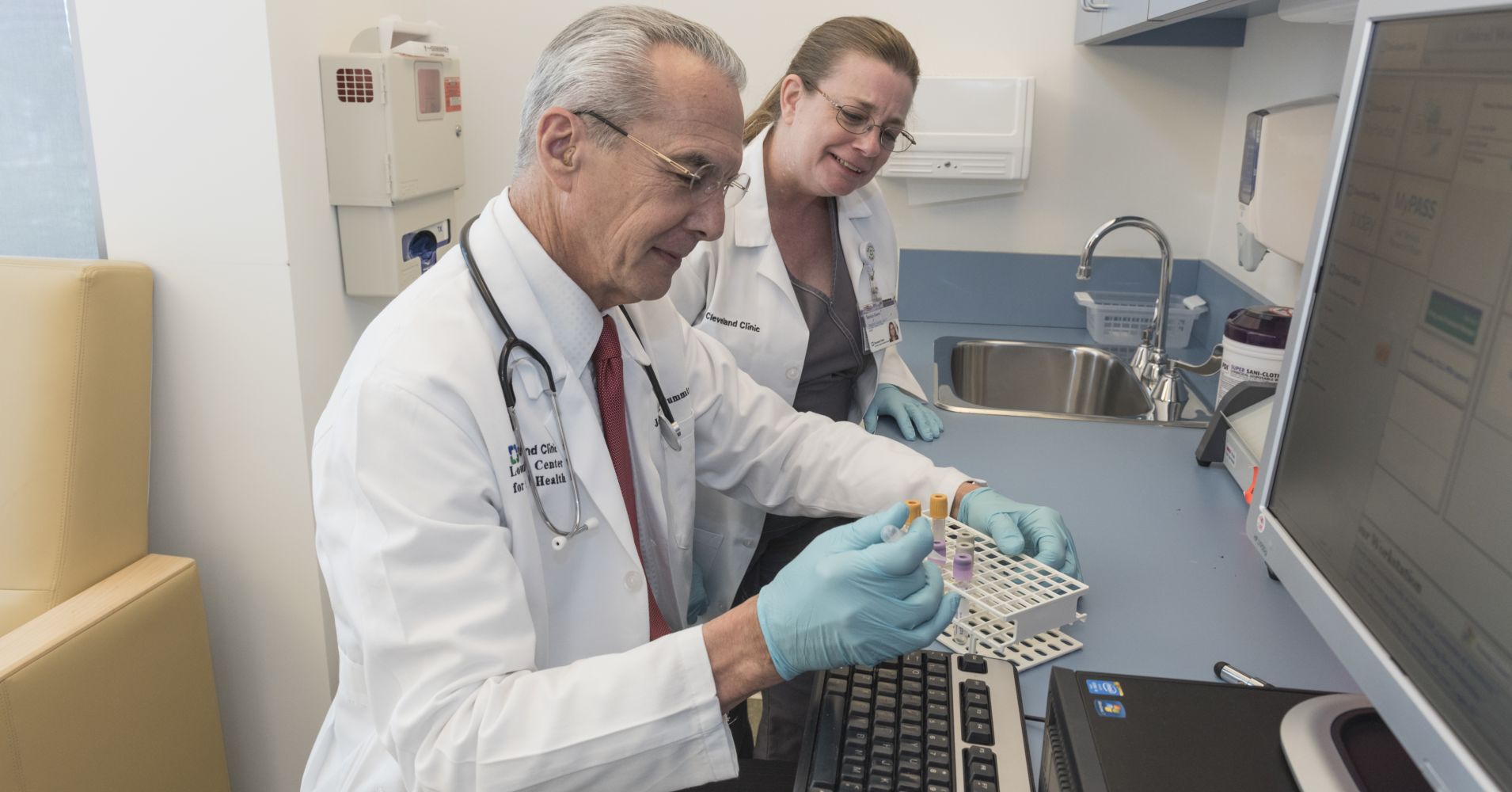 Top Alzheimer’s researchers report near-100 drugs in key trials, and hopes for a breakthrough

The search for an Alzheimer’s disease cure has been dogged by pharmaceutical failures, but a network of the world’s top dementia scientists released a report on Sunday saying that the number of drugs making it to phase two and phase three of clinical trials encourages them to believe that a blockbuster may be among compounds in the current development pipeline.

“The topline is the numbers,” said UsAgainstAlzheimer’s acting president Drew Holzapfel. “Almost 100 drugs are in the final stages of drug development. … Despite so much national news about failures this year.”

The number of drugs in phase two clinical trials has increased 17 percent over the past year, from 58 to 68 drugs, according to the report from nonprofit UsAgainstAlzheimer’s and its affiliate of top scientists, ResearchersAgainstAlzheimer’s. The group forecasts eight of those drugs could make it to the market over the next five years.

While the researchers focused on the positives, the report’s overall findings don’t represent a massive change in Alzheimer’s drug landscape. The eight drugs in phase two trials that could come to market is consistent with 2017 report’s forecast for potential market entrants. And the twenty-five Alzheimer’s drugs in phase three testing that are predicted to launch in the next five years represents a 7 percent decline from the 2017 level, according to the report. The overall number of phase three drugs declined by three percent year over year.

Holzapfel said that while the number of drugs in phase three declined, the small level of the decline is encouraging. Given the number of failures in the recent past he reads it is a positive that those running trials are not pulling back more significantly. And the increase in the phase two trials also indicates the potential for a larger phase three pipeline in the near future.

The most disappointing number that has defined the search for an Alzheimer’s cure is 99.6 percent. That is the failure rate for drugs that have been in past development pipelines and has been highlighted in an annual report from Jeff Cummings, director of the Cleveland Clinic Lou Ruvo Center for Brain Health, and a founding member of ResearchersAgainstAlzheimer’s. There were over 100 phase two and phase three clinical trials in 2017, according to Cummings report. It has been 14 years since the last drug was approved to treat Alzheimer’s, and that drug treated symptoms but did not attack the evolution of the disease.

At least one recent trial has increased hopes for progress in Alzheimer’s drug development. Biogen reported a Alzheimer’s drug breakthrough in early July with positive clinical trial results for BAN2401, the first anti-amyloid drug to achieve statistically significant results at a later stage of Alzheimer’s, 18 months. Still, Biogen’s drug is far from coming to market, with a phase three trial not expected until late 2019 or 2020. And Biogen officials stressed that the results showed the drug could slow the cognitive decline associated with Alzheimer’s, but it did not stop the decline or reverse it.

Alzheimer’s drug research has been criticized for a narrow focus on the protein beta amyloid, including Biogen’s BAN2401, but Holzapfel says progress is being made targeting other Alzheimer’s treatments. There was a 20 percent increase in the number of symptomatic drugs in phase three. Symptomatic treatments can make patients feel better, but they are often temporary and reversible. They do not change the evolution of a disease, such as disease-modifying agents, which is the intention of amyloid drugs. Researchers also note that more trials are focusing on another protein. Among phase two drugs, 11 are targeting the tau protein, a 57 percent increase from a year ago. The number of drugs targeting amyloid is still higher, at 12, but increased less (20 percent).

Holzapfel said that because Alzheimer’s is a multi-factor disease, the most effective treatments will require a cocktail of drugs rather than a single breakthrough.

The new report from Alzheimer’s researchers includes a concern that the long history of failures with dementia drugs has left health-care systems unprepared for a potential breakthrough. The report said that health-care systems are not keeping pace with the science and are risking a situation where those living with Alzheimer’s disease are unable to access an identified cure.

“The lack of new products in the market has led the health-care systems to be complacent in this area,” Holzapfel said. “Many places don’t feel like there are good treatments, so as a result they delay helping patients and families prepare for the progression.”

Holzpafel previously worked for Pfizer, which announced early in 2018 it was ending its neurological drug research efforts, which critics of the search for an Alzheimer’s drug said supported their view that a cure remains far away.

There is still a lack of proper diagnoses being made for many patients, and a shortage of diagnostic and imaging equipment. There also needs to be an improvement in access to specialists. The waiting time to reach a neurologist can be so long it deters those seeking help, Holzapfel said. As a result, health-care systems also need to increase primary care provider training so they can step in and perform some of the functions of specialists. In the long-term, there also must be a focus on increasing interest in Alzheimer’s study across the medical industry.

Clinical trials also require better infrastructure. The Global Alzheimer’s Platform (GAP) has found a “crippling shortage of clinical trial sites capable of performing pending clinical trials,” which could cause years of delays. There are 200 qualified Alzheimer’s trial sites in North America, but the volume needed would require 500 trial sites, according to Holzapfel, who is also a board member of GAP. The sites required are exceeding current capacity by 230 percent.

Holzapfel is pushing for more funding for health-care systems and clinical trials, despite the history of failures: “Often times we talked about trials as failed trials. They’re not failed trials, they’re advancing our knowledge of the science. We are learning from past trials and learning how to attack the disease.”

He said the “constant drumbeat of failure” also harms clinical trials by making individuals less open to taking part in them, because they associate the search for an Alzheimer’s drug with failure. Increasing the number of individuals in trials has been repeatedly cited by top researchers as one of the keys to finding successful drugs.

It is not only the scientists associated with Sunday’s report who remain optimistic. Earlier this year, the annual Brain Prize worth €1 million was awarded to researchers focused on amyloid targeting. They said the reason the Alzheimer’s drug effort has failed so far is that drugs are delivered at a stage when the disease has already progressed too far. In comments to the press they expressed confidence about finding a successful drug within five years and Alzheimer’s will disappear as a major problem for society within a decade.

Most common knee surgery for seniors is costly, and usually a waste