Trading platform eToro will merge with the FinTech V SPAC in a $10.4 billion deal – sending the blank-check company surging 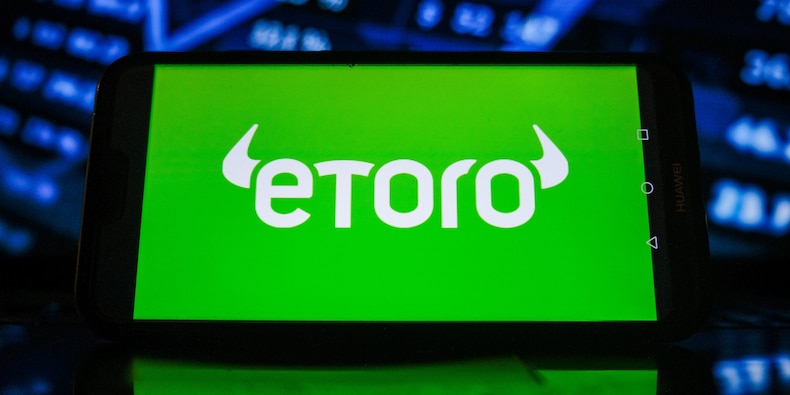 Trading app eToro will go public through a $10.4 billion merger with Betsy Cohen's FinTech V SPAC, the companies announced today, as the Robinhood rival looks to expand in the US.

FinTech Acquisition Corp. V (FCTV) shares jumped 11% in pre-market trading in a sign of investor excitement over the possible deal. The special-purpose acquisition company or SPAC was worth around $366 million on Monday, having closed more than 1% higher.

The merger will create a company worth around $10.4 billion, implying a value of around $9.6 billion for eToro, the two firms said.

As part of the deal the companies will raise $650 million by selling shares to big names such as Softbank's Vision Fund 2 and Daniel Loeb's Third Point. The deal was first reported by Bloomberg.

Commission-free trading app eToro was founded in 2007 and has since expanded to more than 100 countries around the world, giving it more than 20 million users. It had gross revenues of $605 million in 2020.

The company currently provides cryptocurrency trading services in the US, having expanded to the country in 2018 and enlisted Alec Baldwin in an advertising push. It intends to launch stocks in the US in the second half of 2021.

Interest in amateur investing has boomed during the coronavirus pandemic, with eToro adding more than 1.2 million new registered users in January alone.

FinTech Acquisition Corp V is one of a number of SPACs chaired by Betsy Cohen, the founder of financial services firm The Bancorp.

She said the SPAC was seeking out targets with "outsized growth, effective controls and excellent management teams. eToro meets all three of these criteria."

Cohen added: "In the last few years, eToro has solidified its position as the leading online social trading platform outside the U.S., outlined its plans for the US market, and diversified its income streams. It is now at an inflection point of growth."

A SPAC is an entity that exists solely to list on the stock exchange to raise money, in the hope of finding and merging with a target company to take it public.

The model can be extremely lucrative for the initial sponsors of the SPAC, and also offers the target companies a less costly and demanding way to go public. 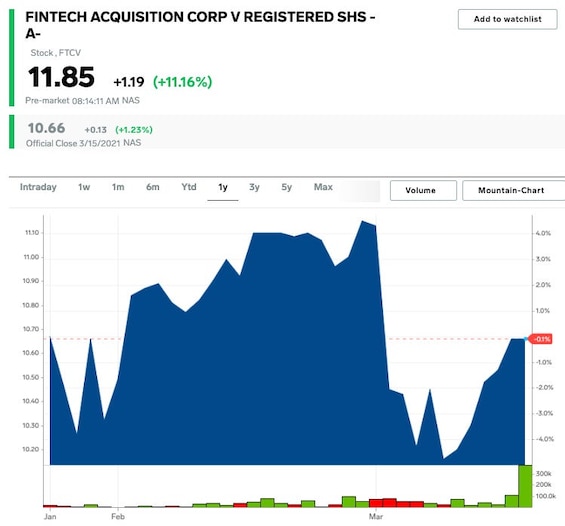