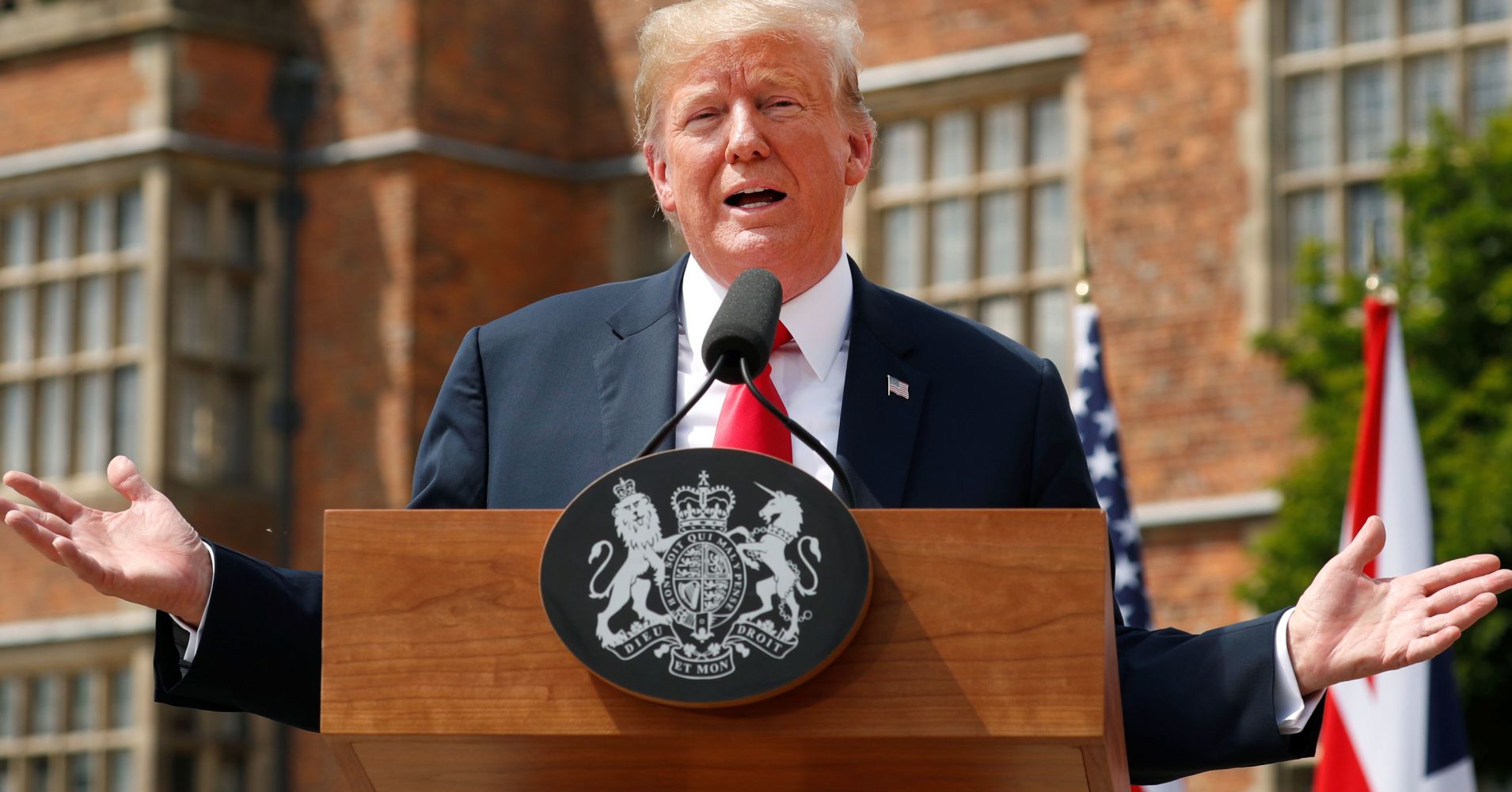 Trump is exaggerating Germany's reliance on Russia for energy

President Donald Trump repeated a highly misleading claim on Friday that Germany will soon depend on Russia for 50 percent to 70 percent of its energy needs.

Earlier this week, Trump opened a new line of criticism against Germany, complaining about a new natural gas pipeline that will directly link Germany and Russia. The United States and several European countries have long opposed the Nord Stream pipeline system, saying it increases Europe’s dependence on Russia and fills Moscow’s coffers despite its destabilizing activity in recent years.

“I think it’s a horrible thing that you have a pipeline coming in from Russia, and I believe that Germany is going to be getting 50, 60 — or even I’ve heard numbers of 70 percent of their energy coming in from Russia,” Trump said Friday during a press conference with British Prime Minister Theresa May.

Germany is Europe’s largest economy, so it would be hugely significant if it was that dependent on Russia for its energy needs. However, the estimate is not accurate.

There is no doubt that Germany relies on Russia for much of its natural gas. Russian gas accounted for about half of Germany’s imports in 2017, according to BP’s Statistical Review of World Energy. Nearly all the rest came from the Netherlands and Norway, which produce gas in the North Sea.

But here’s the problem with Trump’s claim. Natural gas is just one of the fuels that powers Germany’s industry, households, power plants and vehicles. While natural gas plays a significant role in fueling Germany — especially in heating German homes — it’s hardly the dominant fuel source.

Looking at all the energy sources Germany has at its disposal — factoring in the energy it produces and imports — natural gas accounted for about 20 percent of the fuel it could tap in 2016, according to the latest figures from the International Energy Agency.

The picture is similar for the energy consumed by end-users like households and businesses in Germany. Natural gas accounted for roughly 20 percent of the country’s total final consumption in 2016. 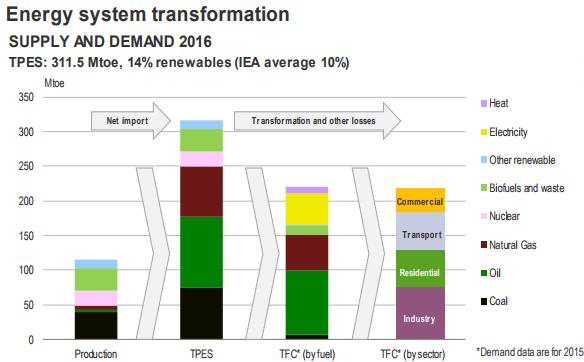 When it comes to keeping the lights on, Germany only relied on natural gas to generate 13 percent of its electric power in 2016, according to IEA. For context, Germany generated more than three times as much electric power from coal and twice as much from renewable sources that year.

While Germany is trying to reduce its reliance on coal, it aims to generate 80 percent of its electricity from renewables by 2050.

The bottom line: It’s possible Trump is mixing up Germany’s natural gas needs with its total energy demands. It’s unclear where he got those figures. The White House did not respond to a request for clarification.

To be sure, Russia also accounted for about 40 percent of Germany’s crude oil imports and 30 percent of its foreign coal supplies in 2016, according to IEA. But that hardly makes it an outlier in Europe.

The reality is that Russian supplies are the cheapest natural gas option for much of Europe. The United States has made inroads shipping liquefied natural gas to some European countries, but it simply can’t compete on cost with supplies piped in from Russia.

Countries in Eastern and Central Europe are even more dependent on Russia for their natural gas needs than Germany, although they’ve been improving pipeline links to brace for shutoffs. That’s largely because Moscow has wielded energy as a weapon in the past.