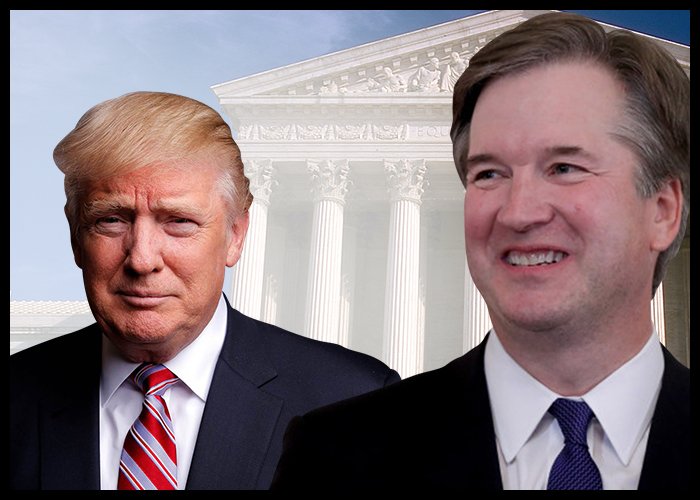 Trump announced Kavanaugh’s nomination at the White House on Monday, ignoring Democrats’ call to wait to consider Kennedy’s successor until after the midterm elections.

He started his speech by saying that other than matters of war and peace, this is the most important decision a U.S. President will make.

The President showered words of praise in abundance for the Maryland native.

“He is a brilliant jurist, with a clear and effective writing style, universally regarded as one of the finest and sharpest legal minds of our time,” Trump said of Kavanaugh. “And just like Justice Gorsuch, he excelled as a clerk for Justice Kennedy.”

Trump said Kavanaugh has “impeccable credentials, unsurpassed qualifications, and a proven commitment to equal justice under the law.”

Throughout legal circles, Kavanaugh is considered “a judge’s judge — a true thought leader among his peers,” according to Trump.

The 53-year-old former advisor to President George W. Bush is currently serving as a judge in the U.S. Court of Appeals for the District of Columbia Circuit.

During his 12-year stint at the D.C. Circuit Court, Kavanaugh authored over 300 opinions, including more than a dozen that the Supreme Court has adopted as the law of the land.

Trump picked Kavanaugh from an original list of 25 judges.

The president called for “a swift confirmation and robust bipartisan support” for his nominee.

Kavanaugh’s appointment is subject to confirmation by the Senate, where the Republican Party has only a slim 51-49 majority.

A graduate of Yale College and Yale Law School, Kavanaugh is a devout Catholic who went to a Jesuit high school. He currently teaches at Harvard, Yale, and Georgetown.

After being introduced by Trump, Kavanaugh said he will begin meeting with members of the Senate on Tuesday.

“If confirmed by the Senate, I will keep an open mind in every case, and I will always strive to preserve the Constitution of the United States and the American Rule of Law,” Kavanaugh added.

Kavanaugh’s wife Ashley and children Margaret and Liza were also present at the East Room.

Justice Kennedy, 81, announced his retirement from the U.S. Supreme Court last month. He told his colleagues in the Supreme Court that July 31 would be his last day at the court.