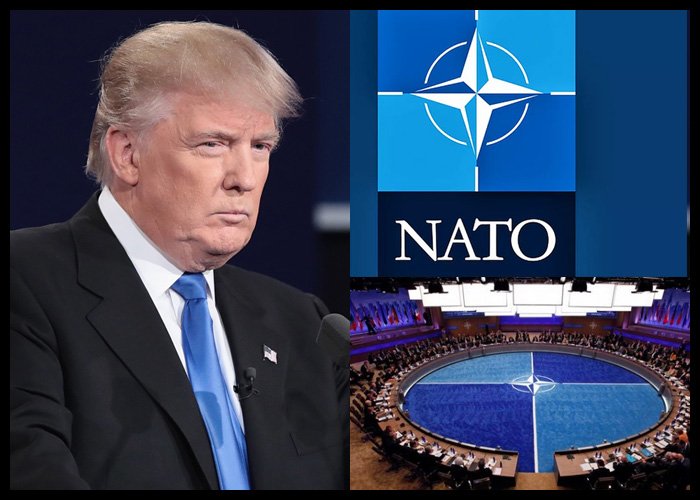 Even as he was preparing to fly to Brussels to attend the NATO summit, President Donald Trump did not stop complaining about the disparity in the share of contributions made by member states to the mutual-defense organization.

“Getting ready to leave for Europe. First meeting – NATO. The U.S. is spending many times more than any other country in order to protect them. Not fair to the U.S. taxpayer,” he said on Twitter Tuesday morning.

He added that this disparity is “On top of that we lose $151 billion on trade with the European Union,” who “Charge us big tariffs (& barriers).”

The latest round of Trump’s attacks on Europe over defense spending and trade met with strong response from European Council President Donald Tusk.

Speaking at a signing ceremony of a new NATO-EU cooperation statement, Tusk urged Trump to remember who his friends are.

This is the second time in as many days that Trump is complaining about disparity in NATO members’ contribution.

In a Twitter post on Monday, Trump claimed the United States is spending far more on NATO than any other Country. This is not fair, nor acceptable, according to the President.

He pointed out that though some countries have been increasing their contributions since he took office, “they must do much more”.

He cited the notable difference in the percentage of expenses borne by Germany and the United States, and the disproportionate benefits they get from it.

NATO Heads of State and Government are set to meet on Wednesday and Thursday in Brussels, Belgium.