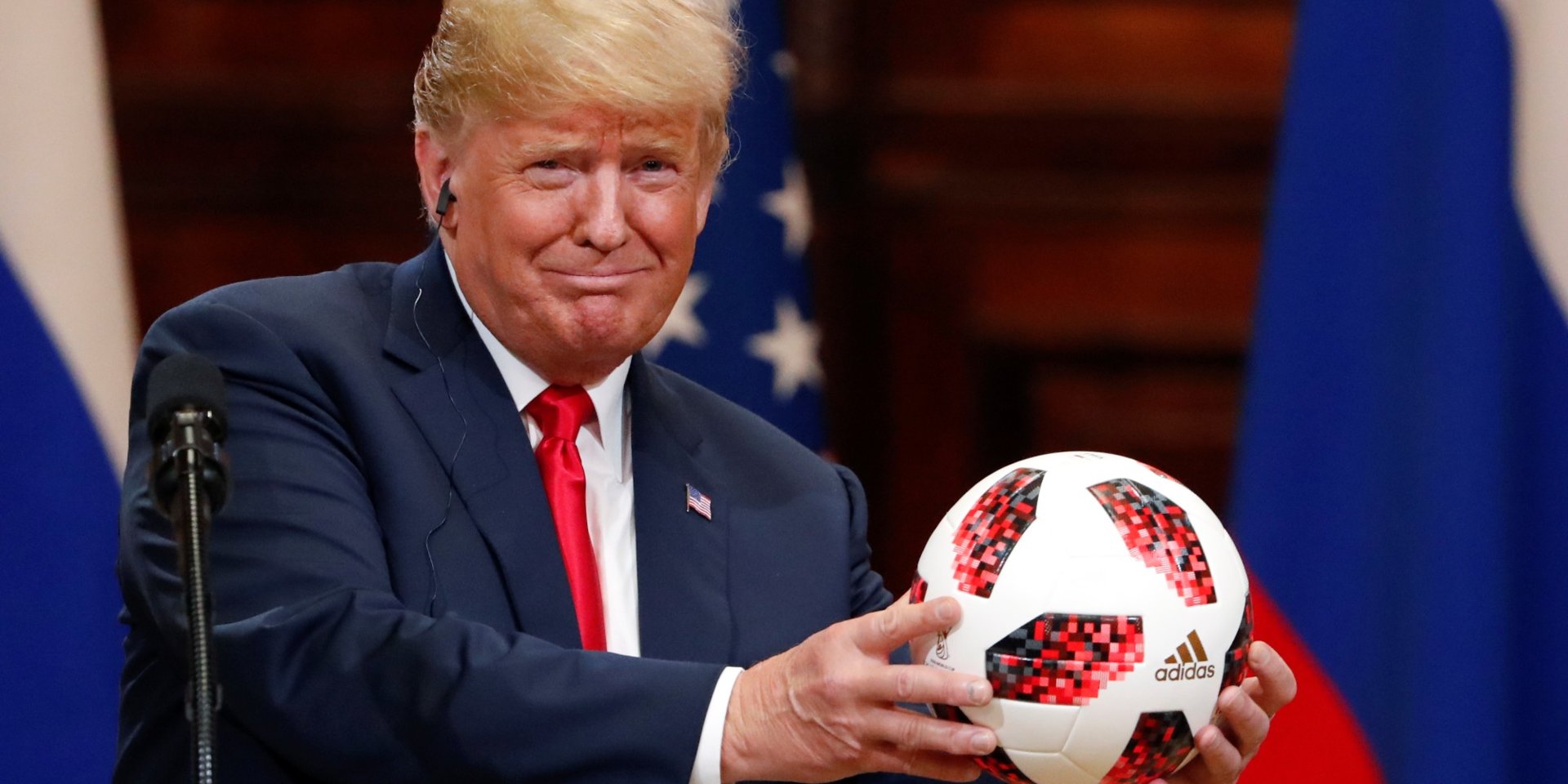 The red-and-white soccer ball Russian President Vladimir Putin tossed to US President Donald Trump had a transmitter chip in it.

But unfortunately for all the would-be spooks and speculators online, the status over the ball at the White House is alert, but definitely not alarmed.

Director of National Intelligence Dan Coats told a security conference he was sure the ball had “been looked at very carefully”.

South Carolina Senator Lindsey Graham said: “If it were me, I’d check the soccer ball for listening devices and never allow it in the White House.”

There’s obviously good reason for caution. Russia has a colourful history of gathering US secrets going back more than 150 years, in ways that have surprised and impressed US security experts .

But sticking a transmitter in a soccer ball and handing it to Trump is perhaps a bit too obvious.

And besides, the Adidas AG ball already has one, here, under the wifi symbol:

According to the Adidas website, the Near Field Communication (NFC) chip embedded under the logo in the “is passive” and can only send out information.

The device it interacts with — Donald or Melania’s mobile, for example — “can both send and receive information”.

If the Trumps swipe down, activate NFC, and touch the ball with their phone, they’ll receive “functionalities like exclusive information about the product, adidas football content, special competitions and challenges”.

And it doesn’t store any information on how the ball is used — although, the tag can be updated to add new features.

Bloomberg asked Adidas if the chip “could be a vector of a Russian hack” and Adidas refused to comment.

On its website, however, Adidas says it is “not possible to delete or rewrite the encoded parameters” of the NFC tag.

White House Press Secretary Sarah Sanders told Bloomberg the ball had been fully screened , as had all gifts received by the US President.

A spokesman for a hacker collective said the only way an attack could be initiated via the soccer ball would depend on the US President ignoring multiple security warnings and intentionally installing malware on his device.

US billionaire Stan Kroenke is set to take full control of Arsenal in a £1.8 billion deal — but fans aren't happy