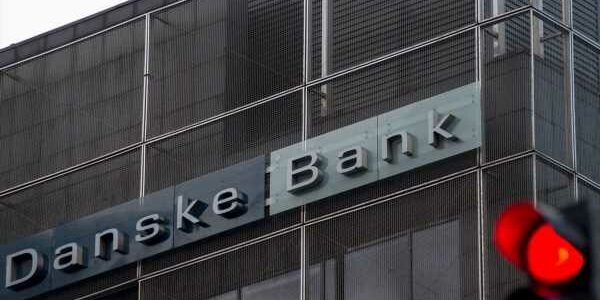 U.S. Clears Danske of Sanctions Breach, But Case Isn’t Over

Denmark’s biggest bank has been told by the U.S. Department of the Treasury’s Office of Foreign Assets Control (OFAC) that an investigation into it is being closed, according to astatement on Saturday.

“OFAC has decided to take no action in relation to civil enforcement of U.S. sanctions in the Estonia case,” Philippe Vollot, chief compliance officer at Copenhagen-based Danske, said in an emailed statement.

Danske has been under investigation for alleged money laundering since admitting more than two years ago that it failed to screen 200 billion euros ($245 billion) in non-resident flows through its now shuttered Estonian unit. The bank’s own probe into the matter found that a large part of that money was suspicious.

The laundering scandal has put a spotlight on the Nordics — generally considered low on corruption and high on transparency — amid allegations that a number of banks in the region were systematically used as conduits for tainted cash from the former Soviet Union.

The origin of the dirty money that flowed through Danske led to speculation it may have breached U.S. sanctions, which would have increased the likelihood of a substantial fine.

“It’s positive that the U.S. Treasury hasn’t found wrong-doing” on that front, said Mikkel Emil Jensen, an analyst at Sydbank. “This reduces the fear of a multibillion-dollar fine and likely takes away some of the risk. The fine should now be smaller, but there are still other investigations, so this doesn’t constitute a final resolution for Danske.”

Elliott Stein, a senior litigation analyst with Bloomberg Intelligence in New York, said, “This is certainly good news for Danske but we always viewed its risk in the U.S. more in terms of money laundering penalties, not sanctions violations. As the bank said in its statement, probes by DOJ and SEC continue, which we think are likely related to possible money laundering and maybe disclosure violations. The risk of penalties in that regard still exists.”

The bank said on Saturday it continues to be under criminal and regulatory investigations in Denmark and France. In the U.S., the Department of Justice is still probing Danske, as is the Securities and Exchange Commission, it said.

Vollot also said the bank remains “unable to estimate any potential outcome” of its dialogues with the authorities investigating it.

“This, as well as timing, remains uncertain,” he said.