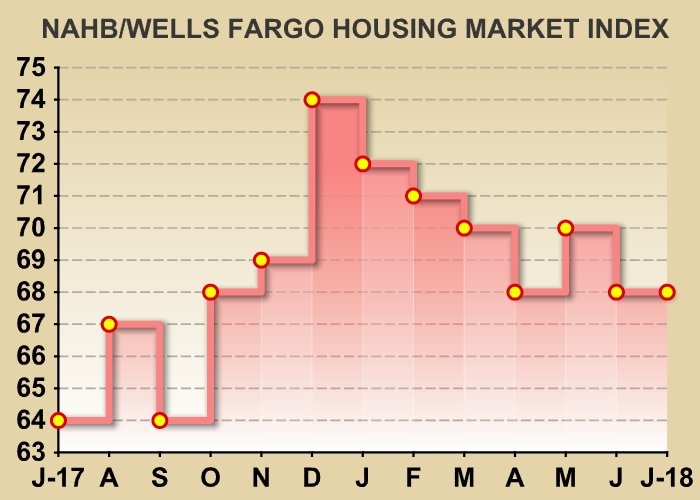 Homebuilder confidence in the U.S. has held steady in the month of July, according to a report released by the National Association of Home Builders on Tuesday.

The NAHB said the index measuring current sales conditions also remained unchanged from the previous month at 74 in July.

On Wednesday, the Commerce Department is scheduled to release a separate report on new residential construction in the month of June.