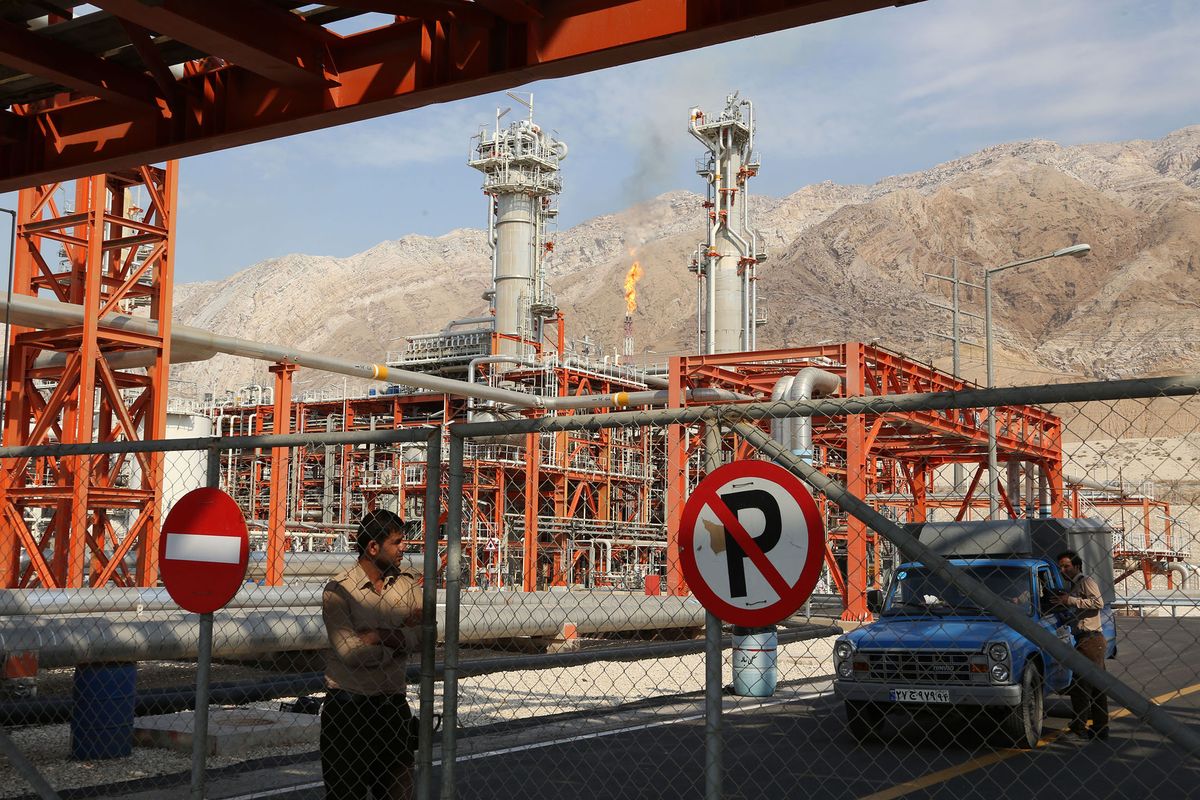 China National Petroleum Corp. is expected to take the lead on a $5 billion project to develop Iran’s share of the world’s biggest gas deposit, taking over from France’sTotal SA, which halted operations after U.S. President Donald Trump reimposed sanctions on the Islamic Republic.

State-owned CNPC, which joined a consortium with Total and Iran’sPetropars Ltd. in 2016 to develop Phase 11 of the South Pars Gas field, is set to increase its stake in the project from the current 30 percent. Total had originally agreed to take a 50.1 percent interest.

Total, which finalized its agreement with Iran in July 2017, had already spent some 40 million euros ($45.7 million) on the project when Trump announced in May that the U.S. would exit the 2015 international nuclear deal with Iran and reimpose sanctions on Tehran.

Why Trump’s Sanctions on Iran Carry So Much Force: QuickTake

The first round of U.S. sanctions was put back into place this week, with more to come in November, greatly complicating efforts by companies that rushed into the Islamic Republic after the nuclear accord was signed by Iran, the U.S. and five other countries plus the European Union.

Under the deal, Iran agreed to take steps to limit its nuclear program, and to submit to verification by the International Atomic Energy Agency in return for economic sanctions relief.

Scores of European companies, including Total, have withdrawn from the oil-rich Persian Gulf country since the U.S. reversal. Trump marked the return of sanctionswith a tweet on Aug. 7: “Anyone doing business with Iran will NOT be doing business with the United States.”

Total had previously withdrawn from the field in 2009 because of sanctions. It planned initial investment of $1 billion for Phase 11, with the aim of eventually producing 2 billion cubic feet a day, or 400,000 barrels of oil equivalent including condensate, itsaid in July 2017. At the time, Total said the contract was for 20 years.

“Within the U.S. legal framework, we can’t work in Iran,” Pouyanne said July 7. “It’s impossible for a company like ours, and for most or even all global companies, even maybe the Chinese. Our partners haven’t told us yet that they will take over our stake in our project.”

CNPC has been active in Iran since 2004, operating in oil, gas and oil-field services, according to the company’s website. In 2006, it was awarded a three-year contract to provide offshore well-logging and other services at South Pars.

A CNPC spokesman in Beijing could not immediately be reached to comment on the story. Two calls to his office outside of normal business hours went unanswered, and he didn’t reply to emailed questions.

— With assistance by Tara Patel, and Aibing Guo