Home » Business » U.S. Is About to Unveil the Ugliest GDP Report Ever Recorded 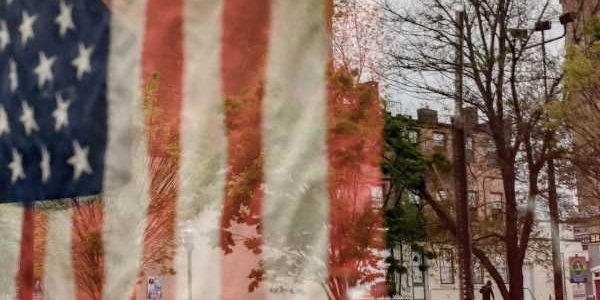 U.S. Is About to Unveil the Ugliest GDP Report Ever Recorded

The U.S. economy ground to a halt for almost the entirety of April. Now the world is about to find out the depth of that contraction.

Data due Thursday are forecast to show U.S. gross domestic product plummeted an annualized 34.8% in the second quarter, the most in records dating back to the 1940s, after the spread of Covid-19 prompted Americans to stay home and states to order widespread lockdowns.

Even though economic activity picked up in May and June as stay-at-home orders lifted, the scale of the decline in April likely far outweighed any gains later in the quarter.

Here are some questions and answers about the report:

Did the U.S. economy actually shrink by one-third?

No. The Bureau of Economic Analysis, the government agency that compiles the GDP figures, has historically reported the headline numbers as an annualized rate. That shows what the quarterly change would be if it lasted a full year.

Before the crisis, the economy was usually growing by a few tenths of a percentage point each quarter, resulting in an annualized pace typically ranging from 2% to 3%.

This means the main number Thursday will look much worse than reality. A 35% contraction on an annual basis actually means the economy was about 10% smaller in the second quarter than it was in the first quarter.

Even so, that would still be far beyond the record quarterly decline on an annual basis — 10% in the first quarter of 1958, which coincided with aglobal flu pandemic.

The latest figure, which is the first of three estimates, may be revised in the next two months and also in coming years like all GDP reports, and revisions could be bigger than usual.

What drove the second-quarter contraction?

Mostly a collapse in consumer spending, which typically accounts for about two-thirds of GDP, as Americans stayed home — erasing spending on dining out, physical retail and travel. Personal consumption is projected to have plummeted an annualized 34.5% in the quarter, which would also be a record.

Michael Gapen, chief U.S. economist at Barclays Plc, projects a 36% drop in second-quarter consumer spending. That translates to about 25 percentage points of the projected 35-point annualized decline in GDP.

What Our Economists Say

“Lockdowns enforced in March through April led to a plunge in consumer spending. As restrictions lifted, the initial recovery was rapid, but will remain partial amid a resurgence of virus cases and orders to pause or reverse reopening plans.”

It’s not just personal consumption, though. A 40% decline in residential investment and a 50% drop in equipment spending, as well as drags from net exports and inventories, all likely contributed. The only major category Gapen expects will be positive is government consumption and investment, though it will add less than a percentage point to growth.

Wells Fargo & Co., though, expects government outlays to be negative despite enormous federal stimulus. Why? Lower spending by state and local governments that have seen plunging tax revenues.

Won’t the economy come back strongly in the second half?

Yes, but activity may remain below pre-pandemic levels forseveral years, and the recovery is already showing signs of stalling.

The economy is expected to grow an annualized 18% in the third quarter, according to a Bloomberg survey of economists in early July. That would be just ahead of the record 16.7% pace in the first quarter of 1950.

“The question is, how sustainable is that bounce?” said Michelle Meyer, head of U.S. economics at Bank of America Corp.

Amid a surge in new virus cases in the South and West, many states have paused or even reversed reopening plans, and measures of mobility and restaurant bookings have plateaued. Lawmakers are in the midst of debating another round of fiscal stimulus, with the supplemental $600 inweekly unemployment benefits about to expire.

If the economy starts to deteriorate, the fourth quarter could show a contraction, said Gapen.

What does it all mean for the election?

American voters will decide in three months whether to re-elect President Donald Trump to a second term against a backdrop of a virus-induced recession and his response to the health crisis.

Before the pandemic, Trump’s goal was for a sustained pace of 3% economic growth. Now, the coronavirus has left its own mark on Trump’s economic legacy — with the declaration of a recession and likely the worst quarterly GDP decline on record.

The GDP figures for the third quarter — the anticipated rebound — are due Oct. 29, just five days before Election Day. Trump is well aware of the timing.

“We’re going to have a great third quarter,” hesaid in an interview with Fox News’s Sean Hannity last week. “And the nice thing about the third quarter is the results are going to come out before the election.”

While the results may in theory sway some last-minute deciders, many of those who mail in ballots will have already made their choice — – especially if mail-in ballots happen in greater numbers this year as a result of Covid-19 concerns.

— With assistance by Vince Golle, and Chris Middleton