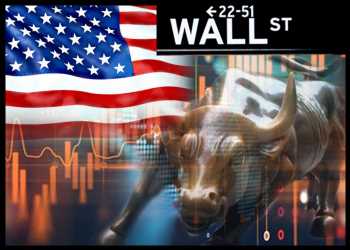 Following the advance seen over the course of the previous session, stocks are seeing some further upside in morning trading on Thursday. The continued upward move has lifted the major averages to new record intraday highs.

Easing concerns about the conflict between the U.S. and Iran have contributed to the continued strength on Wall Street amid signs of de-escalation.

President Donald Trump indicated in remarks on Wednesday that the U.S. would not respond militarily to the Iranian missile strikes on Iraqi bases housing U.S. troops.

Trump had previously threatened a harsh response to any attack by Iran but now says he will only impose new sanctions on Iran’s already struggling economy.

The latest developments seem to confirm earlier views that the notable pullback by the markets last Friday was as a temporary blip in the recent upward momentum that has continually propelled stocks to new record highs.

Nonetheless, overall trading activity seems somewhat subdued ahead of the release of the Labor Department’s monthly jobs report on Friday.

Economists expect employment to increase by 164,000 jobs in December after spiking by 266,000 jobs in November, while the unemployment rate is expected to hold at 3.5 percent.

Economists had expected jobless claims to edge down to 220,000 from the 222,000 originally reported for the previous week.

Despite the advance by the broader markets, most of the major sectors are showing only modest moves in morning trading.

Semiconductor and biotechnology stocks are seeing some strength on the day, although buying interest appears somewhat subdued,

Meanwhile, energy stocks are extending the sell-off seen in the previous session, with a continued decrease by the price of crude oil weighing on the sector.

The major European markets have also moved to the upside on the day. While the German DAX Index has jumped by 1.3 percent, the U.K.’s FTSE 100 Index is up by 0.4 percent and the French CAC 40 Index is up by 0.2 percent.

In the bond market, treasuries are extending the notable downward move seen over the course of the previous session. Subsequently, the yield on the benchmark ten-year note, which moves opposite of its price, is up by 1.4 basis points at 1.888 percent.