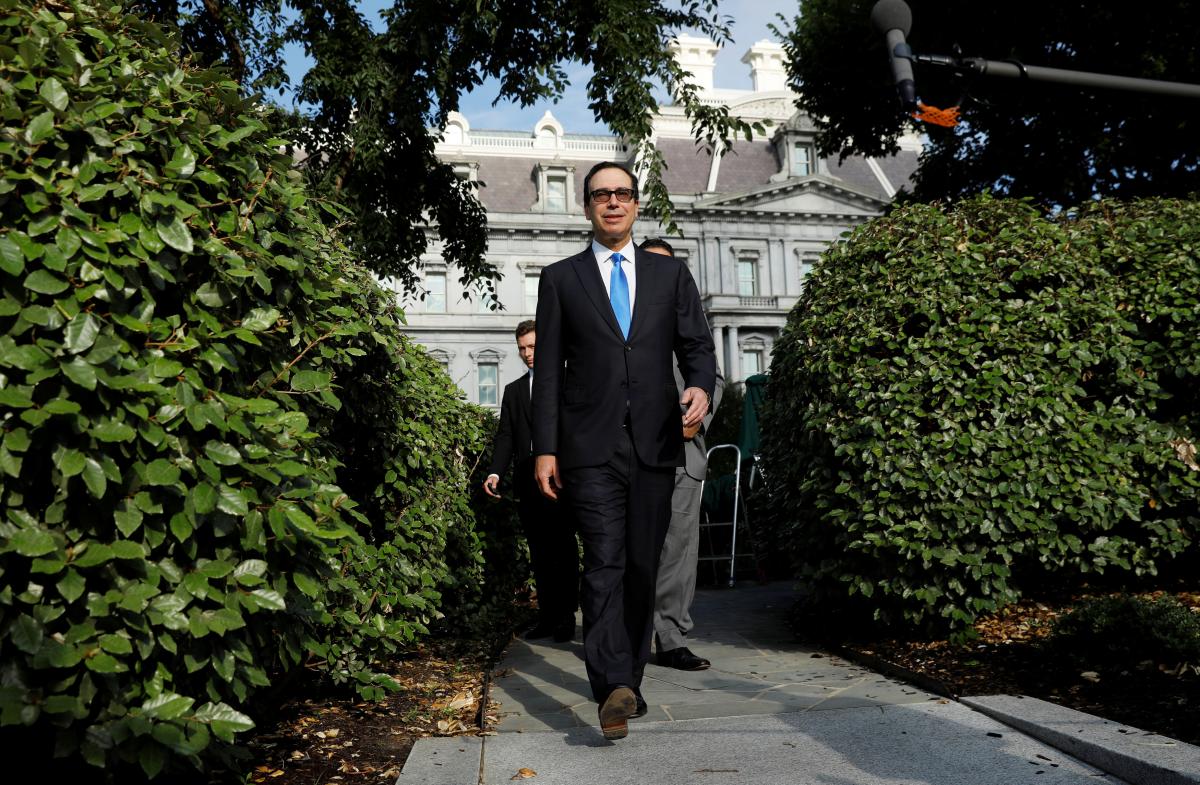 WASHINGTON (Reuters) – The United States signaled on Thursday it is set to push ahead on trade talks with Canada and Mexico after agreeing to suspend hostilities over tariffs with Europe in a fragile deal that may clear the way for renewed pressure on China.

A surprise deal struck on Wednesday will see Washington suspend the imposition of any new tariffs on the European Union, including a proposed 25 percent levy on auto imports, and hold talks over tariffs on imports of European steel and aluminum.

The deal boosted share markets initially, and U.S. industrial shares were stronger on Thursday as fears of a trade war with Europe ebbed.

Both sides claimed victory in the deal, reached by Trump and European Commission President Jean-Claude Juncker in Washington. In return for the talks and a suspension of auto tariffs, the EU will import more soybeans and energy from the United States.

It will also help the United States in its battle to stop Chinese theft of companies’ intellectual property. Trump has announced a series of punitive tariffs on Chinese imports in a bid to halt a Chinese surge in high-technology industries that threatens to displace U.S. dominance.

On the North American Free Trade Agreement talks with Canada and Mexico, Treasury Secretary Steve Mnuchin said he was “hopeful that we’ll have an agreement in principal in the near future.”

“Whether it’s one deal or two deals, so long as we get the right agreement, we’re indifferent,” Mnuchin told CNBC.

Trump and officials from his administration said the EU had given ground by agreeing to import more American goods and to hold talks on tariff reductions including on cars, an industry in which Trump has accused Europe of imposing heavy duties.

EU officials said little had been given away by Juncker and that they had emerged as the winners by deferring the threatened car tariffs, which would have hit European carmakers hard.

The deal was hailed by commentators in the United States and Europe for drawing back from an escalation in a trade war that had threatened to take the world back to the kind of protectionism not seen since the 1930s, although some cautioned the relief may be only temporary.

French President Emmanuel Macron appeared to challenge the deal, saying on Thursday he would not discuss agriculture in talks with the United States.

If it holds, the U.S.-EU pact could allow both to focus on China, whose economic rise threatens both. Lawmakers in Washington on Thursday passed legislation to slow Chinese investment in U.S. companies. In Europe, alarm bells have been sounded over China’s growing economic influence there.

“U.S. and EU will be allied in the fight against China, which has broken the world trading system, in effect,” Trump’s economic adviser Larry Kudlow said. “President Juncker made it very clear yesterday that he intended to help us, President Trump, on the China problem.”

Since taking office last year, Trump has implemented policies to restrict what he sees as unfair competition from other countries. He tore up an agreement to join a Pacific trade pact, has threatened to pull out of NAFTA, and imposed steel and aluminum tariffs aimed at China.

In an effort to rein in China’s high-tech industries that he charges have stolen intellectual property from American companies, Trump has ramped up his tariff threats from $50 billion of imports from China to $450 billion after China retaliated with its own duties on imports from the United States.

The price has fallen mainly on U.S. farmers, and a move by Trump to offset their losses with a $12 billion aid package drew fire from farmers, who said they wanted access to markets rather than subsidies, and from Republican lawmakers.

U.S. Trade Representative Robert Lighthizer, a veteran of trade negotiations from former President Ronald Reagan’s administration in the 1980s who is Trump’s top trade official, told lawmakers in Washington that the United States could not afford to capitulate to China economically.

“I don’t think it’s a stupid fight,” Lighthizer said of the trade battle with China in heated exchanges in the Senate. “I don’t know a single person that has read this report that thinks it’s a stupid fight to say China should not be able to come in and steal the future of American industry.”

A more conciliatory tone emerged from Mnuchin, who told CNBC the United States was willing to reopen trade talks with China if Beijing was willing to make “serious changes,” as he said the EU had indicated it was willing to do.

In May, the United States and China initially appeared willing to strike a deal that would see China reduce its $350 billion goods trade surplus by buying more U.S. agriculture and energy products.

That deal fell apart quickly and has been replaced with a rising tally of tariff retaliation that has led to Trump threatening tariffs on almost everything the United States imports from China.

China has threatened to retaliate dollar for dollar, and its refusal to sign off on regulatory approval caused a $44 billion deal from Qualcomm Inc (QCOM.O) to buy NXP Semiconductors (NXPI.O) to fall apart, a move that showed U.S. companies were being targeted unfairly, Mnuchin said.