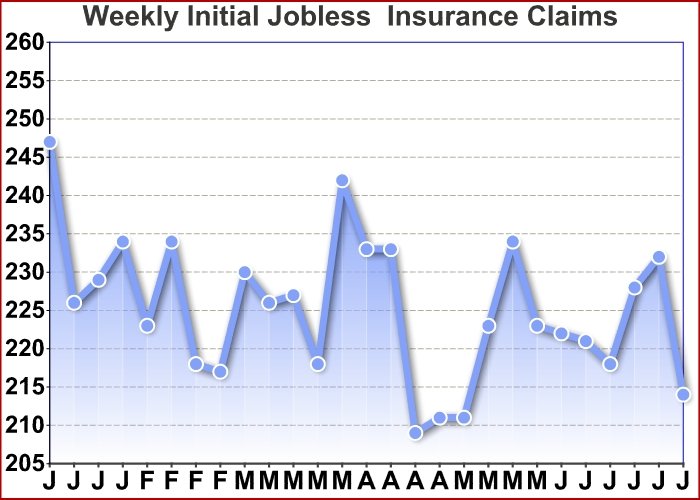 First-time claims for U.S. unemployment benefits fell by more than expected in the week ended July 7th, according to a report released by the Labor Department on Thursday.

The Labor Department said the less volatile four-week moving average also dipped to 223,000, a decrease of 1,750 from the previous week’s revised average of 224,750.

Continuing claims, a reading on the number of people receiving ongoing unemployment assistance, also slipped by 3,000 to 1.739 million in the week ended June 30th.

Last Friday, the Labor Department released a separate report showing employment in the U.S. increased by more than expected in the month of June.

The report said non-farm payroll employment jumped by 213,000 jobs in June after surging up by an upwardly revised 244,000 jobs in May.

Economists had expected employment to climb by 195,000 jobs compared to the addition of 223,000 jobs originally reported for the previous month.