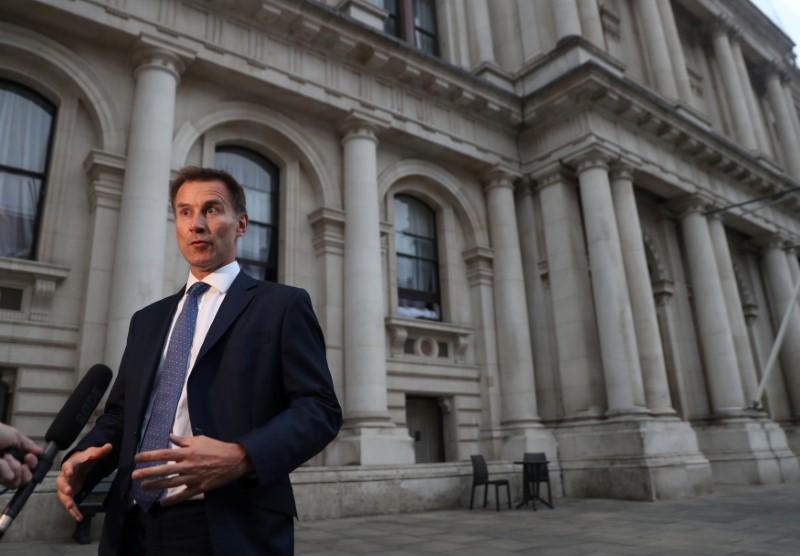 LONDON (Reuters) – British Prime Minister Theresa May appointed Jeremy Hunt as foreign minister on Monday after predecessor Boris Johnson resigned in protest at the government’s plans for a close trading relationship with the European Union.